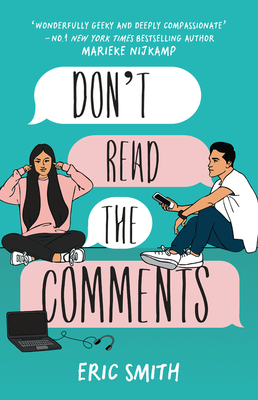 Divya Sharma, a popular teenage streaming gamer known as D1V, seems like she’s got it all—a host of fans, companies tripping over themselves to be her sponsor, and a huge, established presence in this year’s hottest game, “Reclaim the Sun”. But the truth is, all the money she earns while gaming and questing goes into helping her single mom pay the rent. And though Div is a rising star in the gaming world, she’s not immune to the other things that come with her popularity—like racism and sexualization. When she meets Aaron Jericho, a fellow gamer, through “Reclaim the Sun”, they start going on quests together—that is, until a large group of online trolls starts doxing and harming Divya and her mother in real life.
While this book features a cast of characters diverse enough to mildly quench the desperate need for diversity in books and attempts to tackle issues that do, in fact, happen far too often in real life, the story itself was highly disappointing. The two main characters, Div and Aaron, seem to undergo little to no character development, especially Div. You’d have thought that she would have at least gotten a little more mature from the (most likely traumatizing) experience of being doxed and physically harmed, but no, it’s like nothing happened by the end of the book. I’m also wondering a little about her personality. Is anyone really that headstrong? If so, I want her superhuman-like ability to stay calm in the face of literally everything.
Breaking it down to the bare bones, the writing itself was pretty good. I’m assuming they’re in high school since they sure sounded like immature teenagers. But just one thing: who in their right mind calls a computer monitor sexy? I’m sorry, but WHO? Mind you, this was from Div’s perspective, page 12. Maybe this is a popular gamer thing? Going back to the storyline, tropes run around free as birds. Misunderstandings, teenage sexual humor, an affair—you name it, it’s there. I really think this book’s idea had a lot of potential packed within it, but sadly, the author didn’t utilize it properly.
2 stars