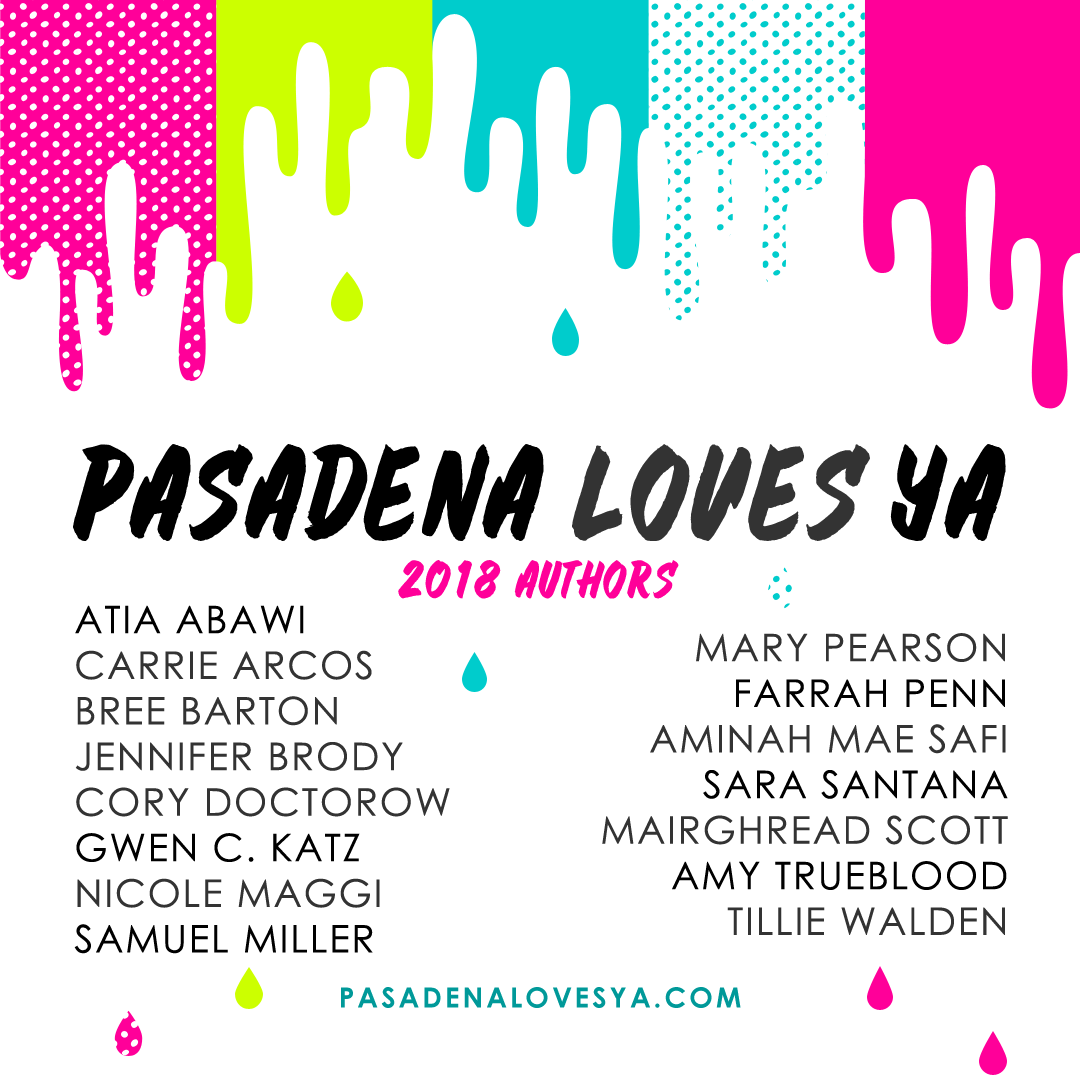 The much awaited Pasadena Loves Young Adult Festival attracted a crowd of people this year; with fifteen up and coming authors visiting and people flocking in to hear their panels, it was undoubtedly a successful event. The day was divided into panels, each dedicated to something that was similar between the authors’ works. The first panel, called “Roads to Healing”, featured Carrie Arcos (We Are All That’s Left), Samuel Miller (A Life Too Bright), Farrah Penn (Twelve Steps to Normal) and Aminah Mae Safi (Not the Girls You’re Looking For).

Arcos started the panel talking about how all four of their books valued friendships. Penn and Safi especially pointed out that their books had friendships that were broken and fixed back together again — friendships that meant a lot to their characters’ overall development. Safi also brought up the fact that more and more characters in recently published books are coming from a diverse background; her book has a character who is Muslim. Lulu, Safi’s character, is a character of great contradiction — she believes that Lulu represents herself, or at least, how she hoped she behaved. This panel dug deep into the process of creating their characters: all four of them agreed that their characters represented parts of who they were or who they wanted to become. “You cannot avoid incorporating a part of yourself into your work,” Penn told Arcos, “It’s simply just not possible! There will be parts of you or parts of your life in your story, whether you know it or not”.

The second panel featured authors from Young Adult Graphic Novels: Cory Doctorow (In Real Life) and Mairghread Scott (The City on the Other Side). Scott has been an animator for both Marvel and DC comics; she was the first woman to write a Transformers comic and get paid for it. Despite her success, she constantly receives criticism for her work but she continues pushing forward full speed with her career. Scott regards herself as a feminist and supports equality for women in all walks of life, something she herself has struggled with.

Doctorow and Scott discussed about how different the graphic novel world is from the world of regular novels: the author has to make sure that the script and the outlines for the panels have to go together. Editing or changing scenes is harder as there are multiple people involved with its storyline.

The third panel featured writers who wrote about characters rising up to adversity. Writers in this panel included Atia Abawi (A Land of Permanent Goodbyes), Jennifer Brody (The United Continuums), Nicole Maggi (What They Don’t Know) and Sara Santana (The Sanctuary). These writers focused on characters that had certain impediments preventing them from living a happy life, or characters that had to face adversity by themselves.

Maggi’s book was based on a girl who had been sexually abused and Maggi believed her her novel reflects a lot of lives. She said that there should be more measures taken to prevent such acts from happening and more resources available for victims. Maggi stated that she had stressed on making her character relatable and on also breaking the barriers of “guys books” vs. “girls books”.

Abawi, a reporter and war correspondent, spoke about how her book reflected the lives of several Syrian refugees whose lives were being stripped out of their control by the recent turmoil. Abawi herself has immigrated from the Middle East due to warlike conditions in her country and now, she returned to these areas to cover the news and listen to people’s stories. She parallels her book with The Book Thief, Zusak’s book is narrated by Death whereas Abawi book is narrated by Destiny.

In contrast to Atawi and Maggi’s real life stories, Santana and Brody’s novels have a slight dystopian twist. Santana’s book is about a zombie apocalypse where the characters’ loved ones turn into zombies who want to finish her. Brody’s novel takes readers into a different era where humans live under the ocean and in space. Three different characters from three different backgrounds need to come together to overcome an unjust authoritative figure.

The last and final panel had authors Bree Barton (Heart of Thorns), Gwen C. Katz (Among the Red Stars), Mary E. Pearson (Dance of Thieves) and Amy Trueblood (Nothing but Sky). All four of these authors discussed about their characters who had a “die trying” attitude that successfully took them through various obstacles in life.

The event ended with a Book Blitz, sponsored by Bridge to Books, where attendees could get a free copy of their favorite reads to take home.  The PLYA Festival this year was indeed a success, exposing the attendees to various aspects of an author’s life and the work that went behind publishing a book. Hearing from the authors themselves was definitely a once-in-a-lifetime opportunity and it connected the readers with their favorite books and its plot lines even more.