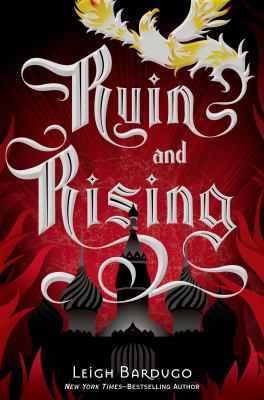 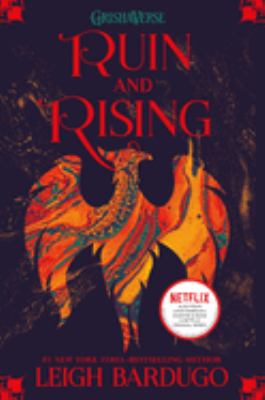 Ruin and Rising by Leigh Bardugo

***SPOILERS for those who have not read the first two books in the series: Shadow and Bone & Siege and Storm.***

We last saw Alinas as she was going underground with the Apparat and we pick up with her being surrounded by a cult that believes she is a saint and isolated from the rest of her group. I really can’t delve too deeply into the plot without giving away the spoilers so the basic gist of it is: STOP THE DARKLING.

It was definitely the end. Personally, I can never get enough of a good series and am always aggravated by series endings that leave loose ends and so many unanswered questions, but I’m glad to say that this book was not one of them. It’s the conclusion that we’ve all been waiting for for like a year and it was worth the wait.

Like the other books in the series, the plot is fast-paced (almost to a point where Leigh Bardugo could’ve squeezed out a few more books from the same plot if she had wanted to). I’m assuming that whoever is reading this has read the rest of the books and has chosen to stay on and not just looking for SPOILERS. And like the other books, the dire situations were brightened by witty dialogue and dry humor.

There was character development (in main and minor characters)! I enjoyed seeing (? reading?) the characters change and grow as people and to watching Alina’s awareness grow, but it wasn’t instantaneous. It was done in a tasteful and quiet way, in a way that didn’t make me want to bang the book against a wall.

The only parts I found lacking were parts of the book that I found hard to follow, but that was mostly stuff to do with Grisha theory (which is pretty important actually) and keeping track of some of the Russian terms straight, but that’s all really only to be expected with this novel because of the concept and setting.

Overall I definitely recommend it to anyone who has read the rest of the series and to anyone who hasn’t yet read them, to pick up Shadow and Bone and start reading because I couldn’t put this book down until I was done. 5 stars. –Kara, teen reviewer 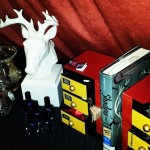 Find the book in our library:  Ruin and Rising