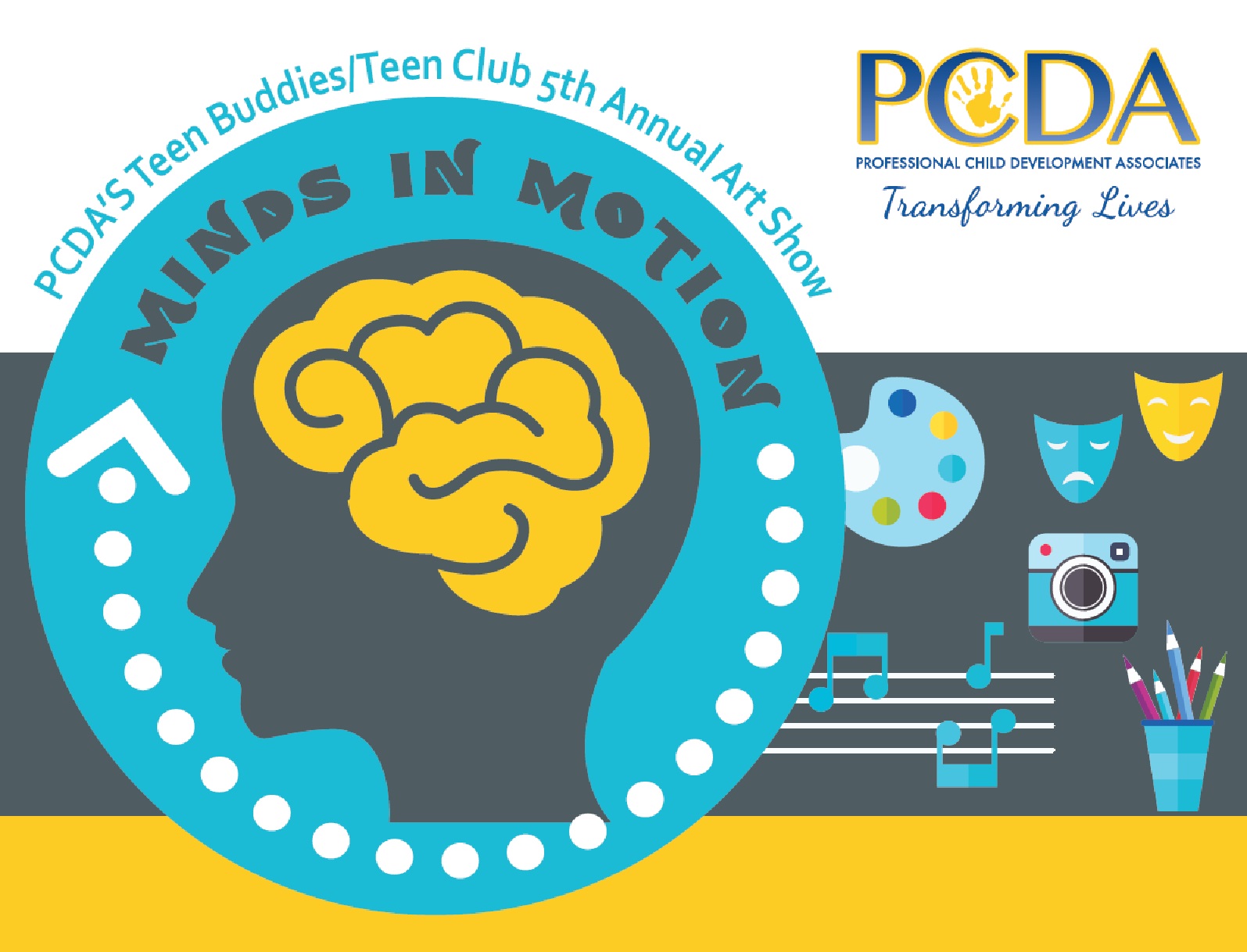 On October 15, 2016, the PCDA hosted an art exhibit that featured a variety of young artists’ masterpieces. The show focused on the five primary sensory organs and the ‘sixth sensory figure’ consisting of creativity and imagination.

The event started with a short cultural program that consisted of an audio test for the audience, a magic show, a few musical numbers and a dance performance — all put together by the PCDA’s Teen Buddies and the Teen Club. The program was rather refreshing and fun to watch and the audience really seemed to like it.

After the performance, the audience enjoyed some snacks and refreshments and made their way to the Teen Central for the next event – the Minds in Motion Art Show. The exhibit featured a variety of art that stimulated different sensory organs – there were paintings with various colors and textures for the senses of sight and touch. Handmade dream catchers signified the sense of hearing while photos of various types of food stimulated the sense of taste. Some of the paintings were made using tea bags, signifying the sense of smell.

The art pieces used different mediums like markers, tempera paint, clay, photography, newspapers, pencils and water colors. They were eye catching and everybody praised the diverse pieces and the artists.

Personally, I liked the exhibit. The artists took art to a whole different level by adding the senses into the mix so that a person seeing the piece could truly indulge in it. No two pieces were the same and the pieces radiated teamwork and a ton of creativity.

Overall, the show radiated a creative vibe and stimulated our senses while entertaining and relieving the audience. It was truly a fiesta for our “sixth sense!”

Photos by Erik Hernandez
Selected works from Minds in Motion is featured along Pasadena Central Library’s Great Hall; the exhibit will run from Oct 15-31. ArtNight Pasadena was on Oct 21.
About PCDA:  Professional Child Development Associates is a non-profit organization whose focus is on child development serving children from birth to 21 years of age, and families, when there is any concern regarding development or behavior, including children with a diagnosis of autism, intellectual disabilities, epilepsy, cerebral palsy, learning disabilities, premature birth, genetic syndromes, and/or other developmental or behavioral concerns.