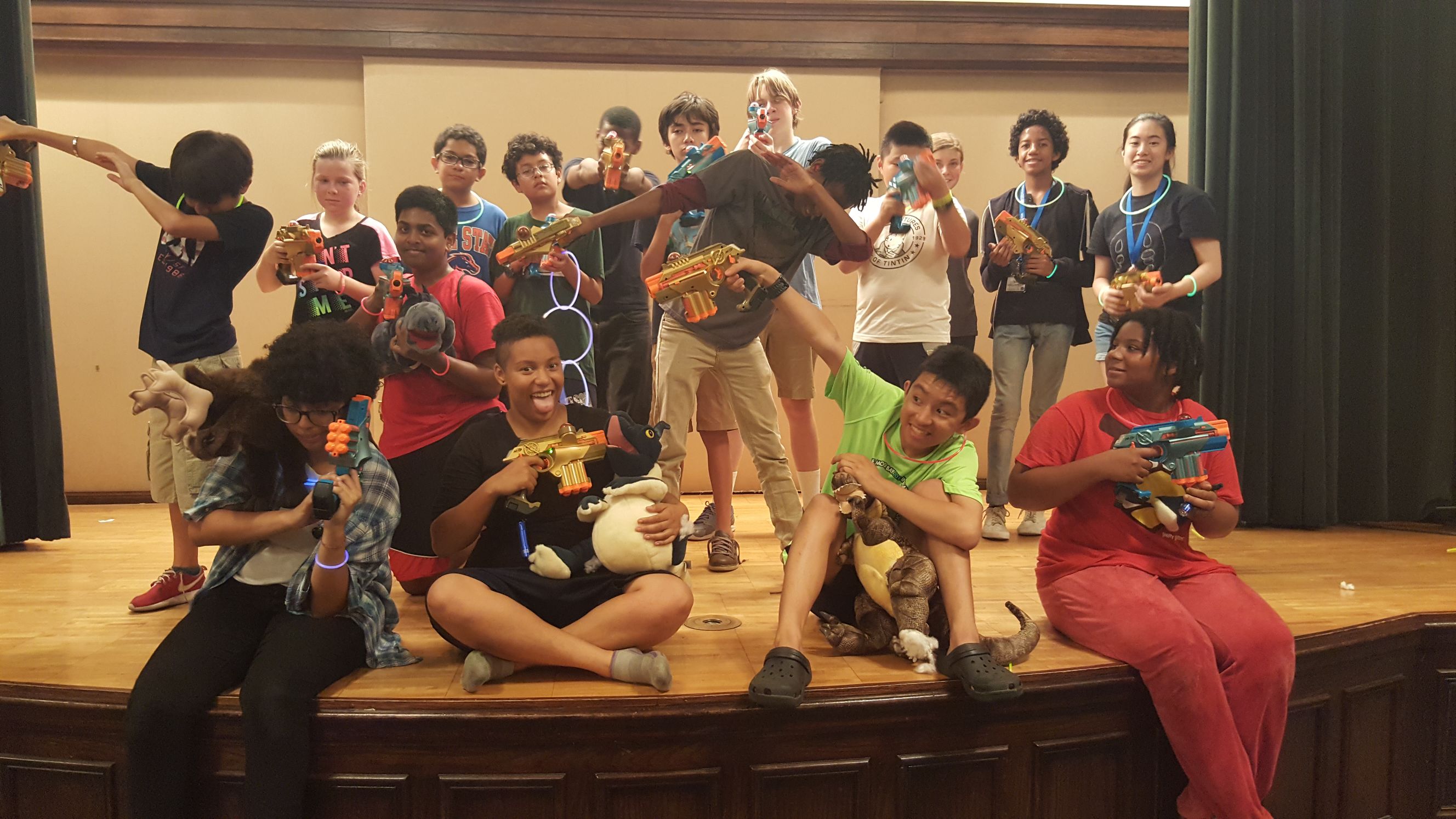 by Julia See, Teen Advisory Board

On the last Thursday of July, there were teens running around and trying to find and steal stuffed animals.

Laser tag was played in a form of capture of the flag. Except instead of flags, there were stuffed animals.The teens were broken into groups of four, and their goal was to capture the other team’s animal. Whoever had the most won. The respective teams had bases located in the auditorium, the children’s story room, and a little grassy area just outside the library. At first, the organizers of the event were worried about how interested the teens are in the games. However, in the end, there was only time for two games.

The event was a success, even if some animals permanently lost a limb. Most of the teens even started playing before the games officially started. It allowed for people to test out each other’s skills to see who their biggest opponent would be. During the game, everyone was enthusiastically running around, stealing animals, and trying to disable each other’s guns. Teens who never met before came together and had a blast. Laser tag had it’s kinks, but everyone went home with a great memory, and some stuffing on the bottom of their shoe.