This year’s End of Summer Bash was a Harry Potter event. It was an all ages event, and had activities for everyone.

To start it off, a magician (by the name of Larry Potter, who was Harry Potter’s secret cousin) performed for over 200 people, making things disappear and then have them reappear in people’s socks! The magician appealed more to the ages of 10 and younger, due to his clumsy nature and humorous tricks.  (Okay, the magician’s name is really Eli Tanenbaum.)

In Potions Class, witches and wizards created a Rejuvenation Elixir, out of ingredients such as mermaid nails (pop rocks), doxy eyeballs (gummy eyes), and ashworm (gummy worms). After the concoction was made, guests were free to take it home, or drink it. All ingredients were edible, so later on, participants could have a burst of energy when needed. TAB member Hadley taught this class.

The scavenger hunt was a self directed activity that span for the whole event. The objective was to find six of the horcruxes (excluding Harry Potter). Each clue led to another clue and each horcrux had a letter. These letters, when all collected and unscrambled should spell where Harry was. There were pictures of Harry throughout the library, and only one of the pictures was the “correct” one. Led by TAB member Haneen Eltaib.

There were also several other events: Trivia, Costume Contest, and Quidditch. For the costume contest, many people dressed as characters while others dressed simply as students. The Trivia questions were created by TAB member Cady West. Prizes for trivia were potion bottles and chocolate frogs. The Quidditch pitch was hung from banisters in the patio. Participants had an opportunity to “try out” for chaser. They threw practice quaffles into one of the three hoops, while a keeper blocked with a broom. Winners won prizes such as chocolate frogs, Weasley Wizard Wheezes products, or Every Flavor Bertie Botts Jelly Beans.

Teen Advisory Board – setting up and cleaning up, making decorations, party favors, and leading all the stations. You rock!

YA Book Council – Katie Ferguson and Steven Wilson for taking photos; Roxy and Kevin for facilitating trivia and helping with the event; Kate for making Platform 9 3/4; Alethea for your fabulous donation of chocolate frogs! 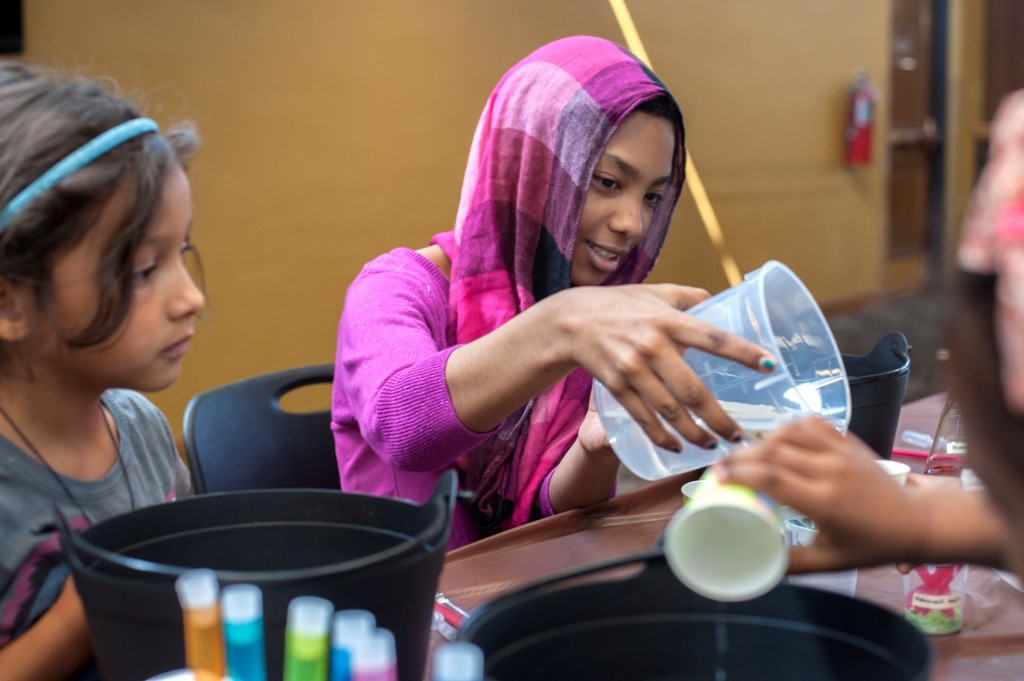 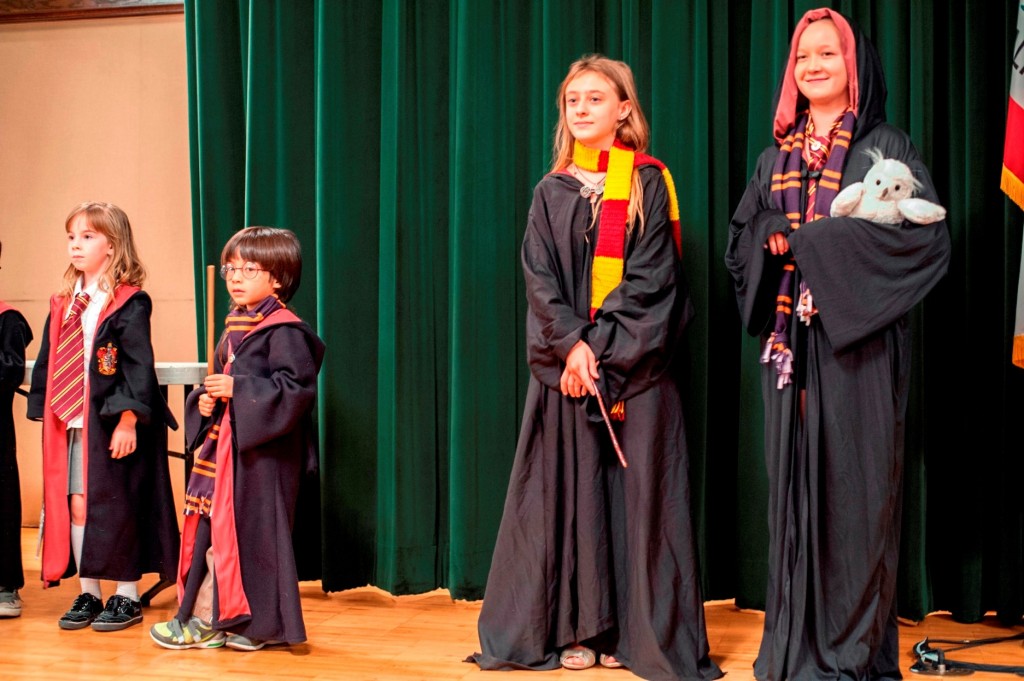 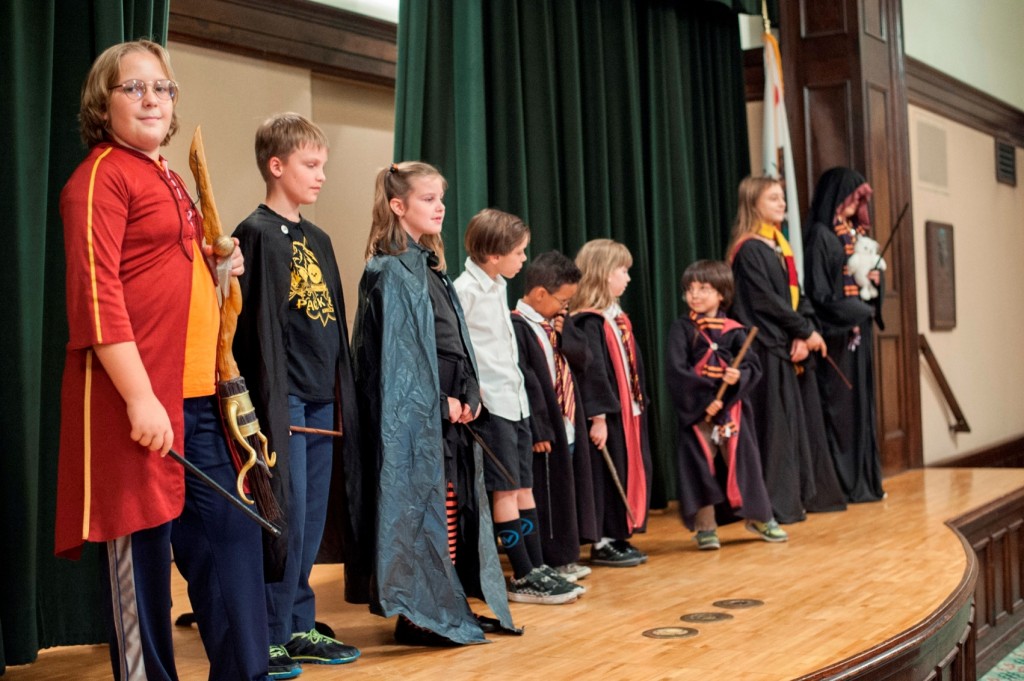 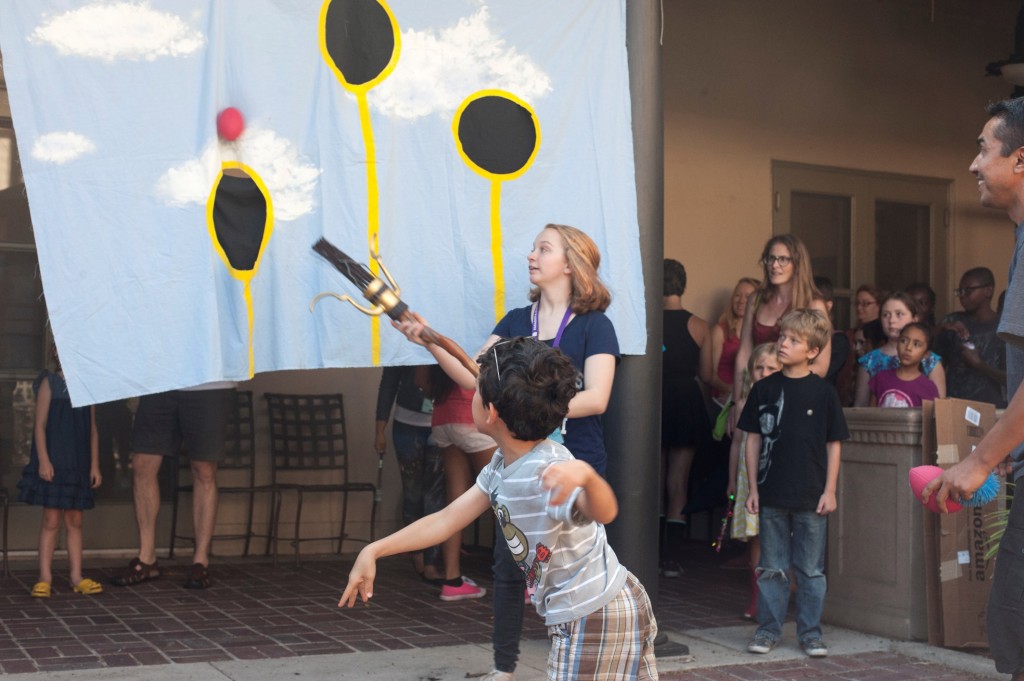 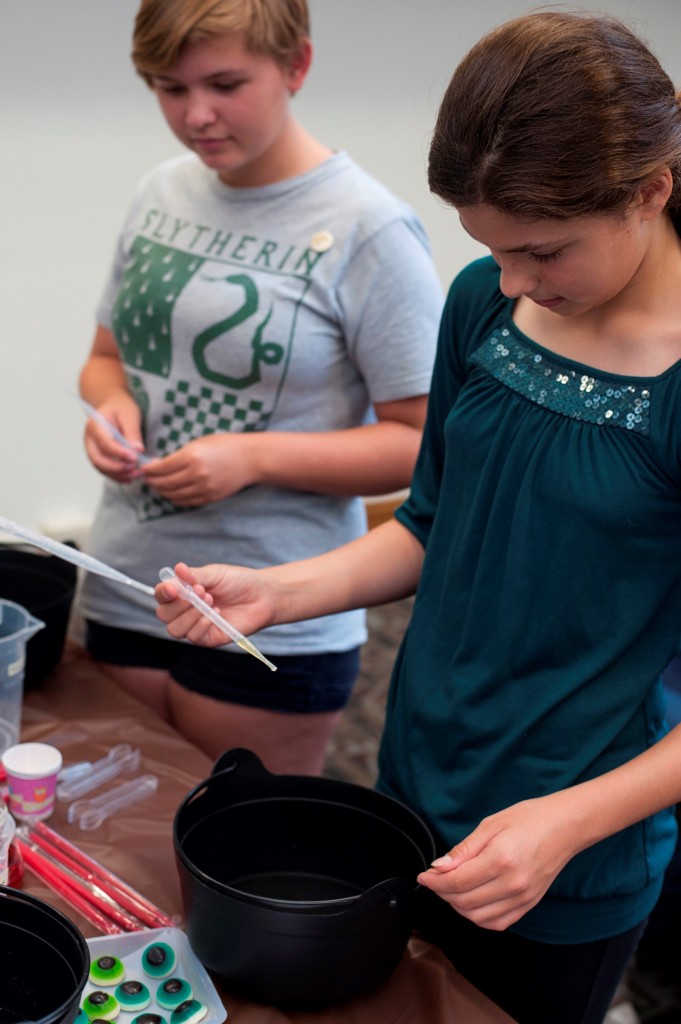 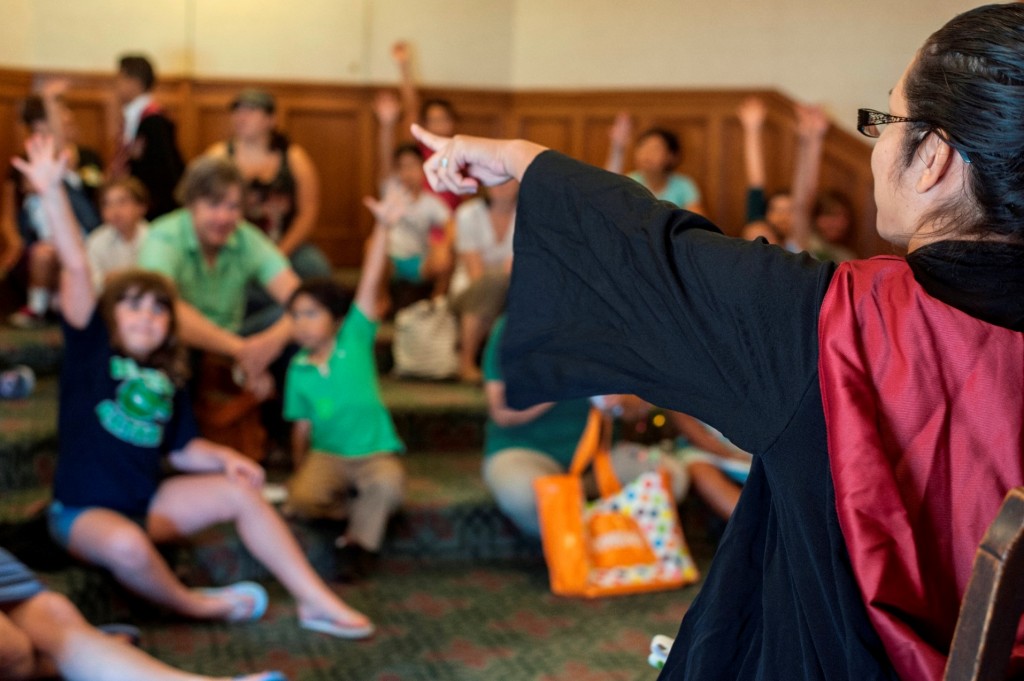 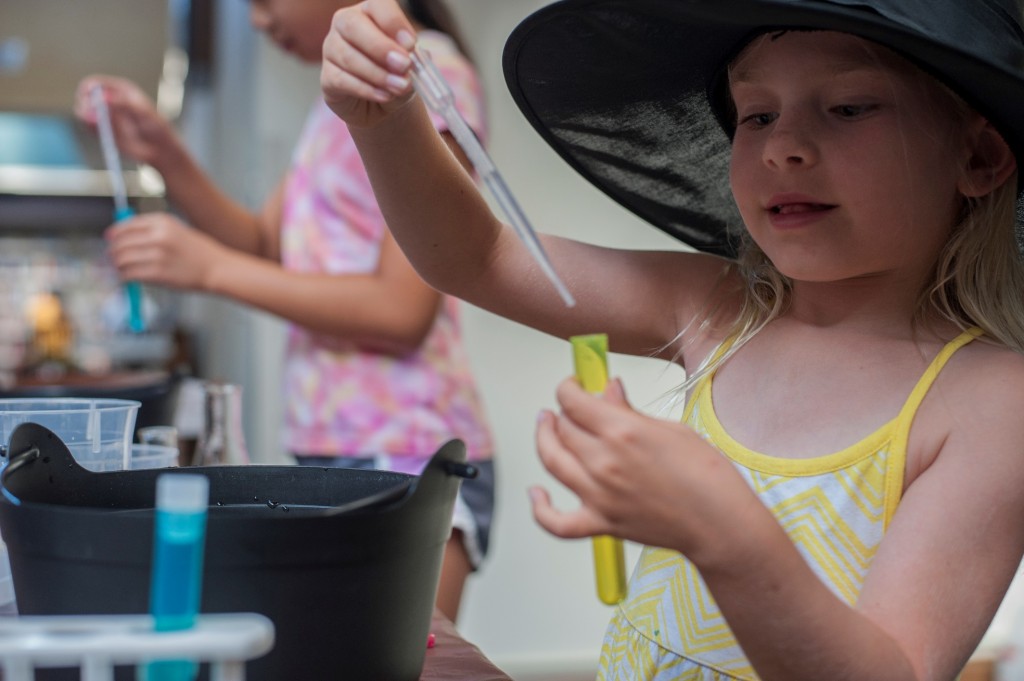 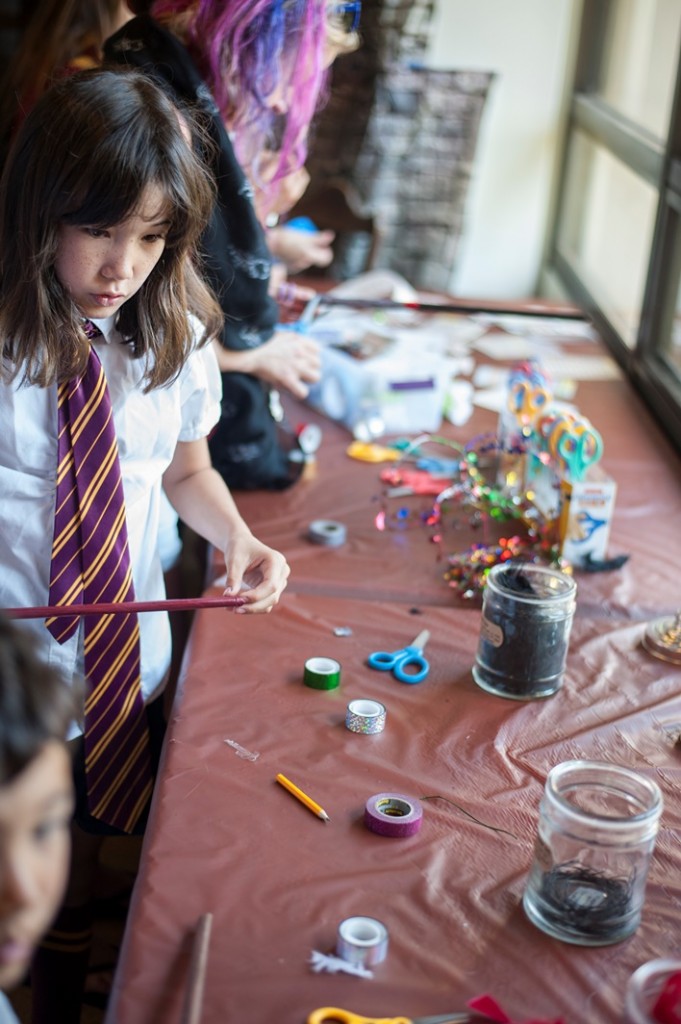 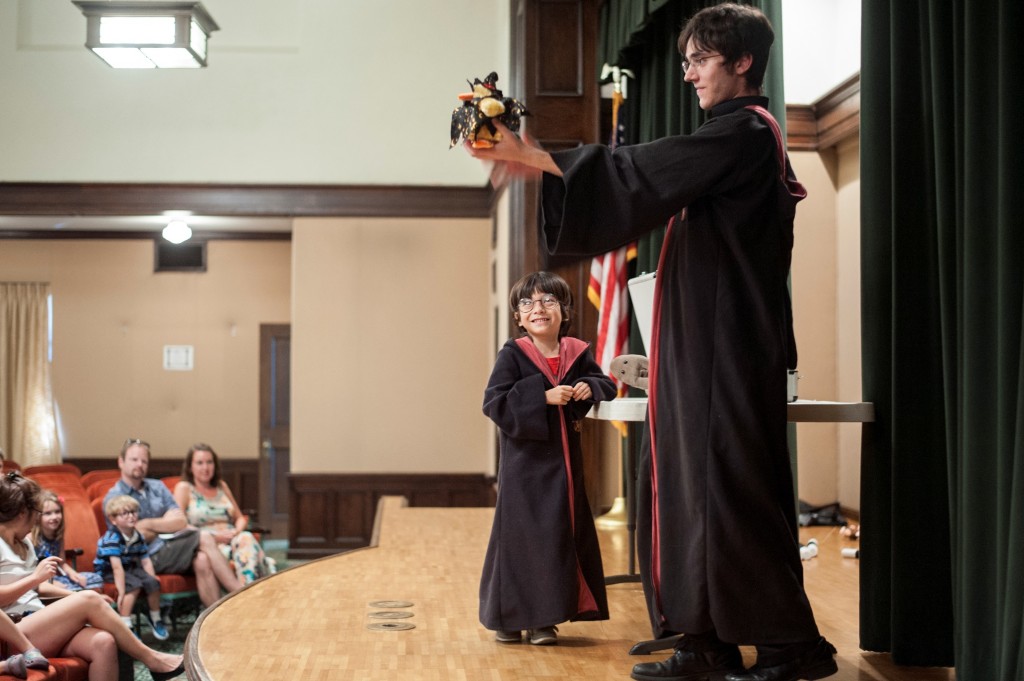 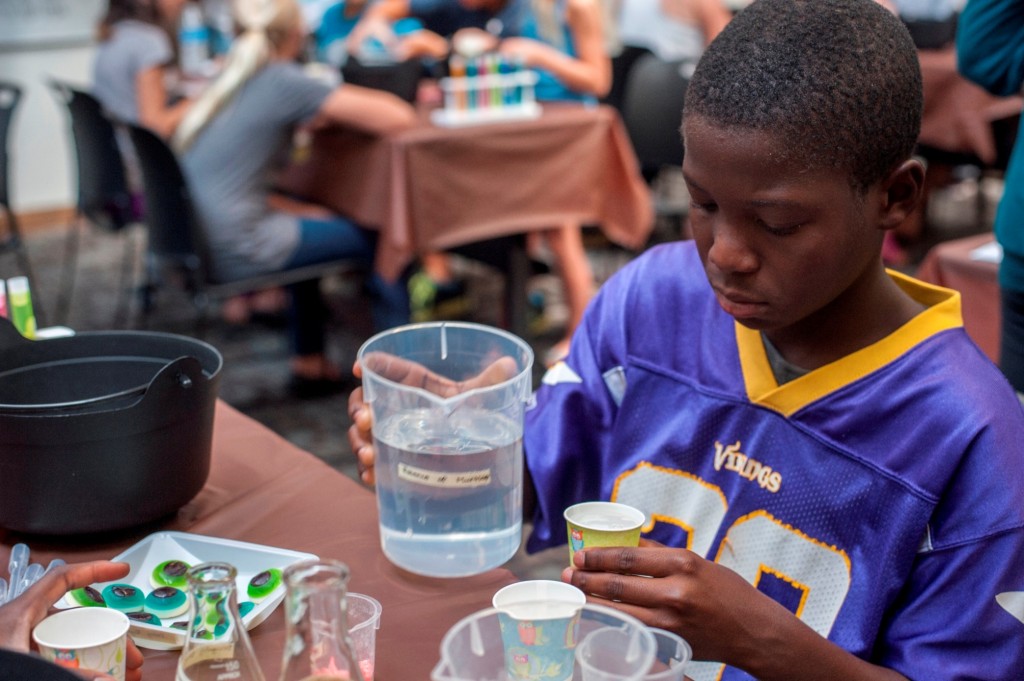 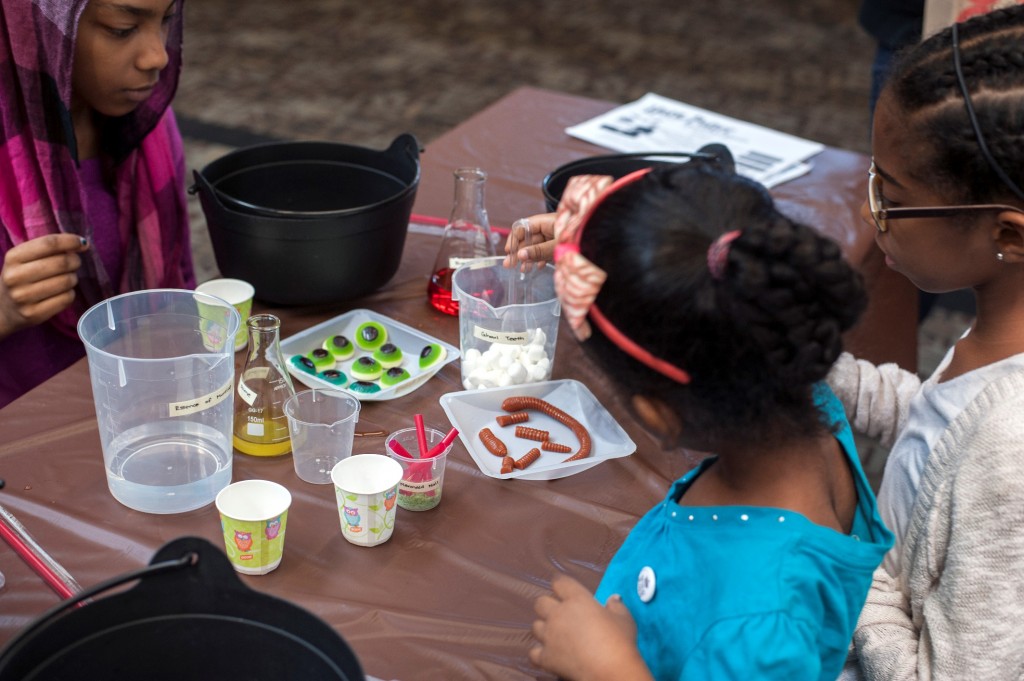 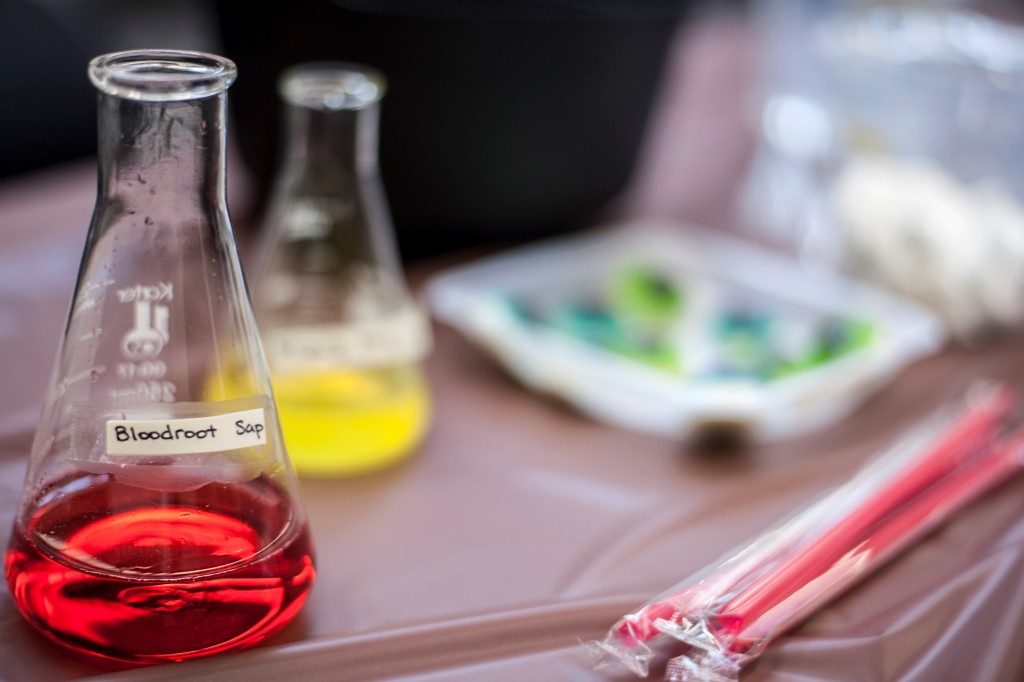 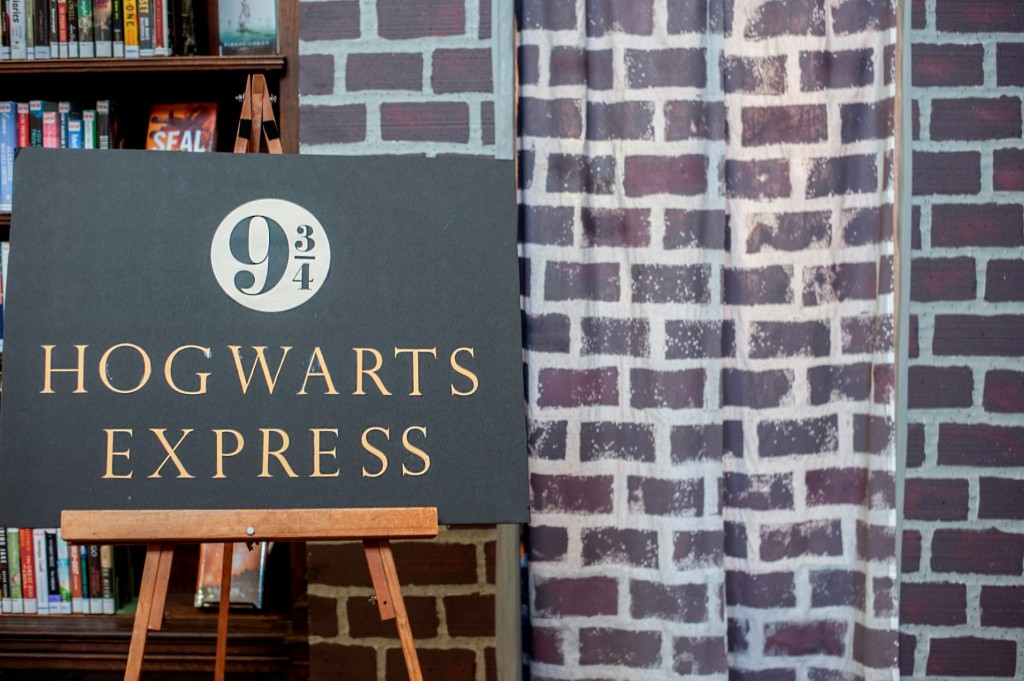 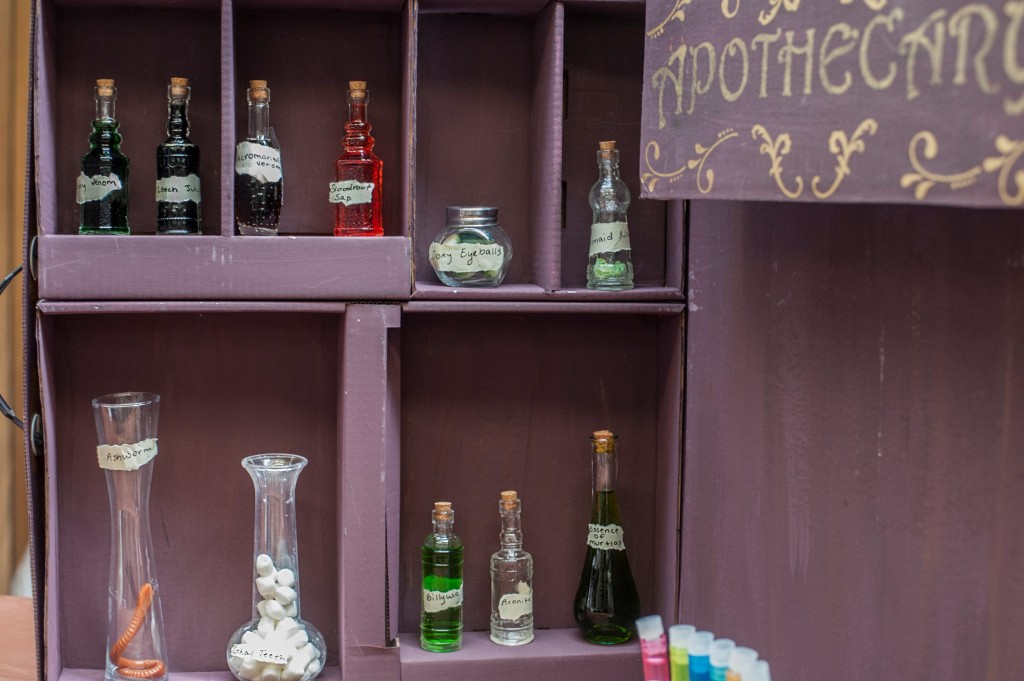 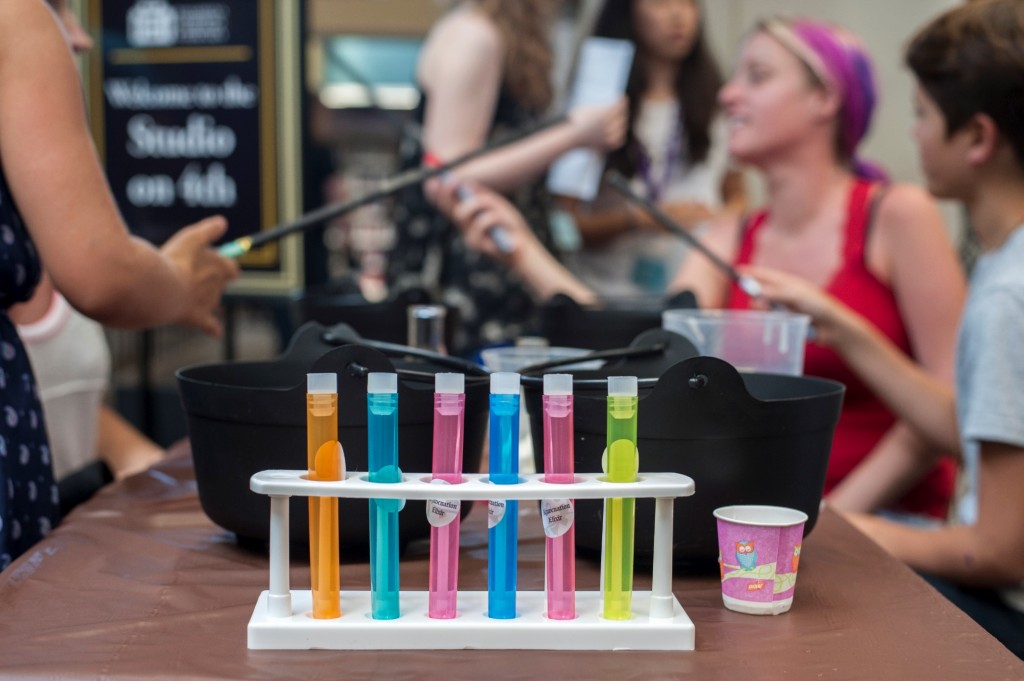