In the spirit of the Teen Read Week theme, “Turn Dreams into Reality,” our September writing exploration focused on blurring dreams and reality.

Each teen writer started with a prompt from the Amazing Story Generator.  A flipbook that randomly combine three elements to generate story ideas of all types.  It prompts character, setting, and plot.  Some examples: 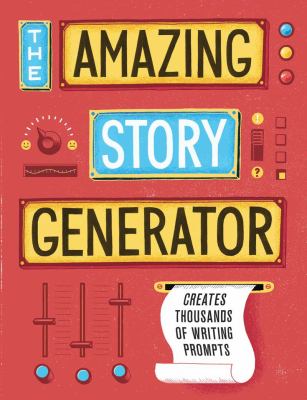 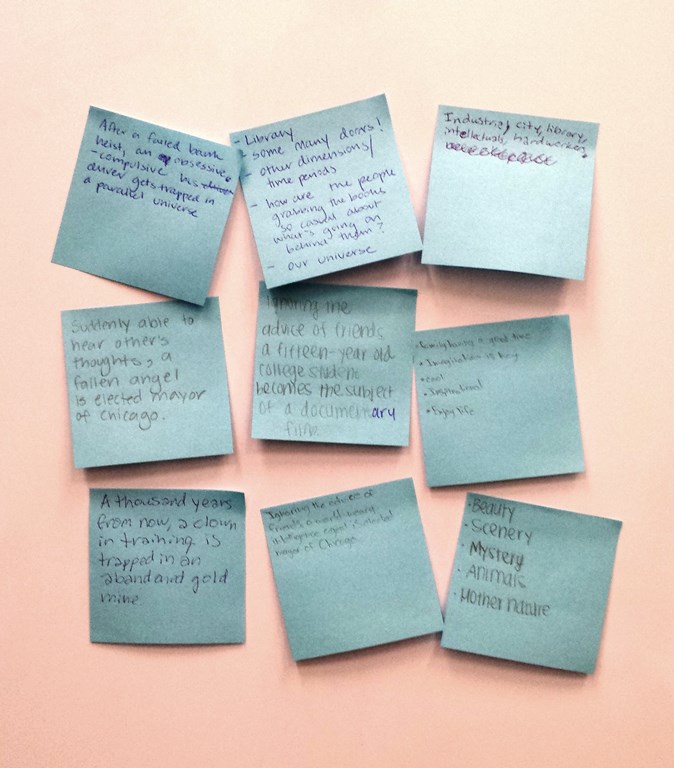 After a failed bank heist, and obsessive-compulsive bus driver gets trapped in a parallel universe…

A thousand years from now, a clown in training is trapped in an abandoned gold mine…

…from the Amazing Story Generator by Jason Sacher

List the first three thoughts that come to mind for the following prompts:

You’ve just witnessed it. The end of the world.

Upon working for a mad scientist, you realize that you’ve been helping him to create a device that lets you go into other people’s dreams.

Imagine that in your dream, you could have a one-on-one meeting with the true inner-you:  your subconscious.

And we took inspiration from magical realism paintings…

Blurring dreams and reality… Transform your main character into a creature.  Using all of its characteristics–whether negative or positive, weird or unusual–to describe how your character feels and how others react to him/her at that moment.

I scribbled this one during the workshop as an example:

One morning, Lila found herself transformed into a hyena.  Her body was small and frail and full of hair in all the wrong places.  She opened her mouth to scream, but a high-pitched shrill issued.  ‘Do I really sound like that?’ she thought in horror.

Her ears were perked up, sharp in angels she couldn’t even reach. She was hideous.

“Mamma,” she cried, yet again in that awful shrill.

“You sound awful,” her mother said as she strolled into the room.  She stopped short, eyes widened.

“What happened to you?  My, you look like a grisly hyena.”

“I do!” Lila cried, and then she started weeping.

Her mother covered her ears.  “Oh, do stop, please,” she said.  “Your screeching is more awful than usual.”