If you have found yourself caught up in the drama of “Stranger Things” this summer, you aren’t alone. The latest Netflix original is a fascinating mystery, and a throwback to the 1980s, both in setting (1983) and in tone. It’s a show about a boy who goes missing, the friends who try to find him, a shadowy government study, a girl with weird and terrifying powers, and more, it has been described as a sort of mash-up of Stephen King’s horror novels,  Steven Spielberg’s child’s worldview, and John Carpenter’s stylized corny/creepy mix, and it features a throwback soundtrack and all the trappings of life in a small town in the 1980s.

If you want to expand on the themes and details, or just want to feed some 80s nostalgia, check out some of these  “Stranger Things” things at the library!

Of Dice and Men: The Story of Dungeons and Dragons and the People Who Play It by David M. Ewalt 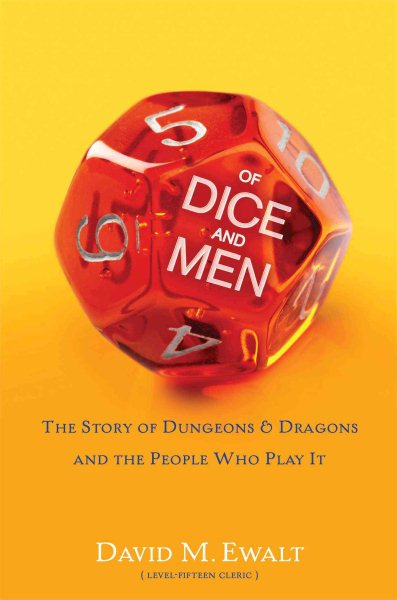 Ancient red dragons with 527 hit points, +44 to attack, and a 20d10 breath weapon, to be specific. In the world of fantasy role-playing, those numbers describe a winged serpent with immense strength and the ability to spit fire. There are few beasts more powerful—just like there are few games more important than Dungeons & Dragons.

Even if you’ve never played Dungeons & Dragons, you probably know someone who has: the game has had a profound influence on our culture. Released in 1974—decades before the Internet and social media—Dungeons & Dragons inspired one of the original nerd subcultures, and is still revered by millions of fans around the world. Now the authoritative history and magic of the game are revealed by an award-winning journalist and lifelong D&D player.

In Of Dice and Men, David Ewalt recounts the development of Dungeons & Dragons from the game’s roots on the battlefields of ancient Europe, through the hysteria that linked it to satanic rituals and teen suicides, to its apotheosis as father of the modern video-game industry. As he chronicles the surprising history of the game’s origins (a history largely unknown even to hardcore players) and examines D&D’s profound impact, Ewalt weaves laser-sharp subculture analysis with his own present-day gaming experiences. An enticing blend of history, journalism, narrative, and memoir, Of Dice and Men sheds light on America’s most popular (and widely misunderstood) form of collaborative entertainment. 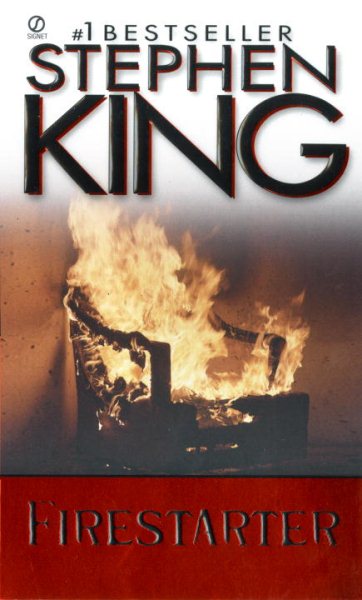 First, a man and a woman are subjects of a top-secret government experiment designed to produce extraordinary psychic powers.

Then, they are married and have a child. A daughter.

Early on the daughter shows signs of a wild and horrifying force growing within her. Desperately, her parents try to train her to keep that force in check, to “act normal.”

Now the government wants its brainchild back—for its own insane ends. 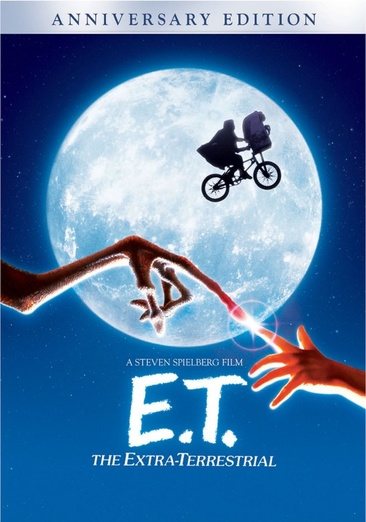 A 10-year-old boy helps lost alien who is trying to return to his own planet. This 30th Anniversary Edition includes hours of bonus features, including a new interview with Steven Spielberg. 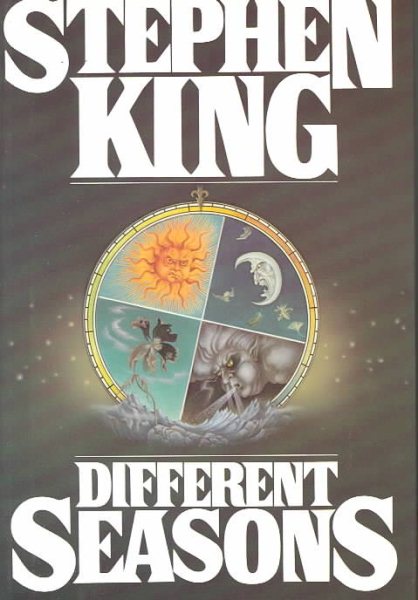 Four novellas by the horror master. The story “The Body” is the source of the Rob Reiner film Stand By Me; about four boys like the friends at the center of “Stranger Things,” setting off on a macabre adventure; but the real heart of the story is its poignant reflections on friendship, identity, and growing up.

Redemption Song: The Ballad of Joe Strummer by Chris Salewicz The Clash was–and still is–one of the most important groups of the late 1970s and early 1980s. Indebted to rockabilly, reggae, Memphis soul, cowboy justice, and ’60s protest, the overtly political band railed against war, racism, and a dead-end economy, and in the process imparted a conscience to punk. Their eponymous first record and London Calling still rank in Rolling Stone’s top-ten best albums of all time, and in 2003 they were officially inducted into the Rock and Roll Hall of Fame. Joe Strummer was the Clash’s front man, a rock-and-roll hero seen by many as the personification of outlaw integrity and street cool. The political heart of the Clash, Strummer synthesized gritty toughness and poetic sensitivity in a manner that still resonates with listeners, and his untimely death in December 2002 shook the world, further solidifying his iconic status.

Music journalist Chris Salewicz was a friend to Strummer for close to three decades and has covered the Clash’s career and the entire punk movement from its inception. With exclusive access to Strummer’s friends, relatives, and fellow musicians, Salewicz penetrates the soul of an icon. He uses his vantage point to write the definitive biography of Strummer, charting his enormous worldwide success, his bleak years in the wilderness after the Clash’s bitter breakup, and his triumphant return to stardom at the end of his life. In the process, Salewicz argues for Strummer’s place in a long line of protest singers that includes Woody Guthrie, John Lennon, and Bob Marley, and examines by turns Strummer’s and punk’s ongoing cultural influence.

Back To Our Future: How the 1980s Explains the World We Live In Now — Our Culture, Our Politics, Our Everything by David Sirota 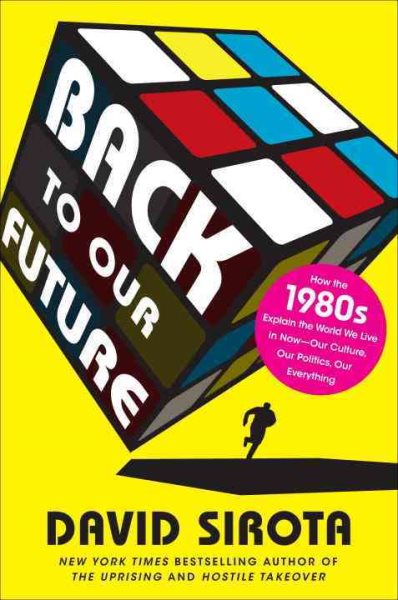 In this wide-ranging and wickedly entertaining book, “New York Times” bestselling journalist David Sirota takes readers on a rollicking DeLorean ride back in time to reveal how so many of our present-day conflicts are rooted in the larger-than-life pop culture of the 1980s.

The nationally syndicated newspaper columnist and radio host author of The Uprising presents an outspoken assessment of how the progressive views of the 1980s mirrored, set the stage for and offered examples compatible with today’s cultural and political struggles.

The Thing; directed by John Carpenter 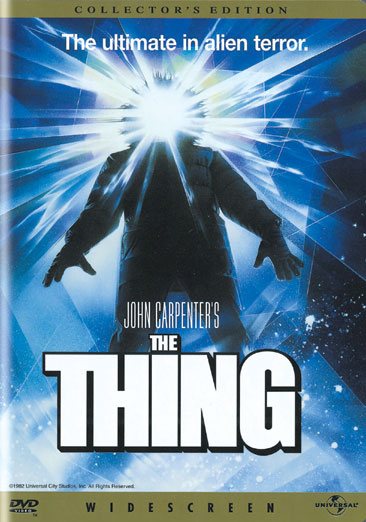 In the winter of 1982, a twelve-man research team at a remote Antarctic research station discovers an alien buried in the snow for over 100,000 years. Soon unfrozen, the form-changing alien wreaks havoc, creates terror and becomes one of them. 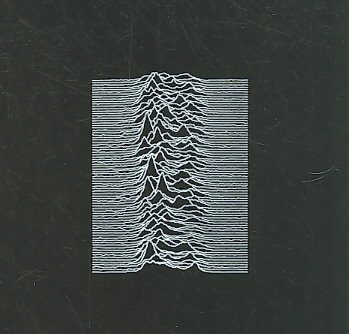 Referenced by character Jonathan Byers to his little brother as some of the only music that matters, Joy Division’s music is a soundtrack for the alienated, the misfits, and the kids from “the wrong side of the tracks.” After the death of lead singer and lyricist Ian Curtis, the remaining musicians regrouped as New Order and became icons of New Wave music.

The Reagan Era: A History of the 1980s by Doug Rossinow In this concise yet thorough history of America in the 1980s, Doug Rossinow takes the full measure of Ronald Reagan’s presidency and the ideology of Reaganism. Believers in libertarian economics and a muscular foreign policy, Reaganite conservatives in the 1980s achieved impressive success in their efforts to transform American government, politics, and society, ushering in the political and social system Americans inhabit today.

Rossinow links current trends in economic inequality to the policies and social developments of the Reagan era. He reckons with the racial politics of Reaganism and its debt to the backlash generated by the civil rights movement, as well as Reaganism’s entanglement with the politics of crime and the rise of mass incarceration. Rossinow narrates the conflicts that rocked U.S. foreign policy toward Central America, and he explains the role of the recession during the early 1980s in the decline of manufacturing and the growth of a service economy.

From the widening gender gap to the triumph of yuppies and rap music, from Reagan’s tax cuts and military buildup to the celebrity of Michael Jackson and Madonna, from the era’s Wall Street scandals to the successes of Bill Gates and Sam Walton, from the first “war on terror” to the end of the Cold War and the brink of America’s first war with Iraq, this history, lively and readable yet sober and unsparing, gives readers vital perspective on a decade that dramatically altered the American landscape.