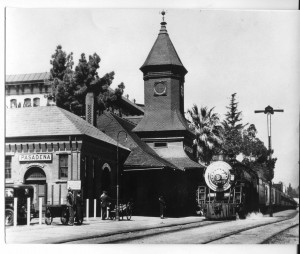 The 2016 title selection, Orphan Train, in part tells the story of Vivian’s journey westward on an Orphan Train in the 1920s. So, let’s talk about trains: from the mechanics and technology–coal-fed steam engines and bullet trains–to the romance of “riding the rails,” trains evoke adventure, new beginnings, excitement, nostalgia, maybe even a bit of melancholy.  The history of railroads in America in itself encompasses many broad themes including immigration, industrialization, and more. Interested in hopping aboard? Here are some resources to get you started.

The Great Railroad Revolution: The History of Trains in America by Christian Wolmar 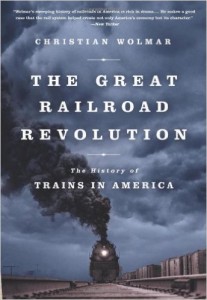 Looks at the railroad’s impact on American society in the nineteenth century, from its ability to move goods and people great distances to its role in making the United States a world power.

America was made by the railroads. The opening of the Baltimore & Ohio line–the first American railroad–in the 1830s sparked a national revolution in the way that people lived thanks to the speed and convenience of train travel. Promoted by visionaries and built through heroic effort, the American railroad network was bigger in every sense than Europe’s, and facilitated everything from long-distance travel to commuting and transporting goods to waging war. It united far-flung parts of the country, boosted economic development, and was the catalyst for America’s rise to world-power status.

Railroads and the American People by H. Roger Grant 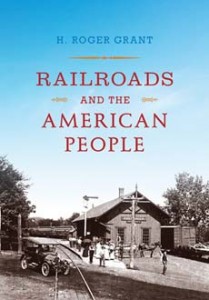 Looks at the impact and importance of railroads and railroad travel on cities and towns throughout the United States, from 1830 through 1930.

In this social history of the impact of railroads on American life, H. Roger Grant concentrates on the railroad’s “golden age,” 1830-1930. To capture the essence of the nation’s railroad experience, Grant explores four fundamental topics–trains and travel, train stations, railroads and community life, and the legacy of railroading in America–illustrating each topic with carefully chosen period illustrations. Grant recalls the lasting memories left by train travel, both of luxurious Pullman cars and the grit and grind of coal-powered locals. He discusses the important role railroads played for towns and cities across America, not only for the access they provided to distant places and distant markets but also for the depots that were a focus of community life. Finally, Grant reviews the lasting heritage of the railroads as it has been preserved in word, stone, paint, and memory. Railroads and the American People is a sparkling paean to American railroading by one of its finest historians.

Railroads in the African American Experience: A Photographic Journey by Theodore Kornweibel, Jr. 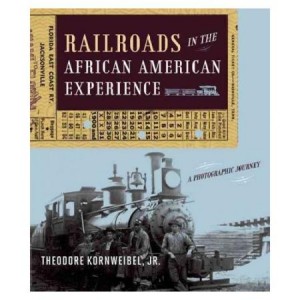 Surveys the African American railroad experience, from the work of slaves who laid rail and the activism of the famous Pullman Porters to the lives of current black railroad employees and passengers.
While the work of the Irish and Chinese in building U.S. railroads can be found in almost any history book, the important role of African Americans in both building and operating those railroads has largely been forgotten. In this stunning book, Kornweibel (African American History [emeritus], San Diego State University) takes readers through the entire African American railroad experience, from the slaves who built many of the country’s railways, through the civil rights activism of the Pullman Porters’ union, to the modern workers who run trains on Amtrak and the freight railroads. Individual chapters mainly focus on particular railroad occupations; all are profusely illustrated with period images. As the publicity material for this book asserts, this will indeed become the standard reference on African Americans in U.S. railroading. 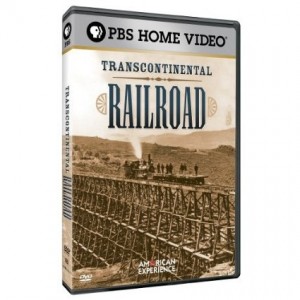 Go behind-the-scenes of one of the greatest engineering feats of the 19th century: the building of a transcontinental railroad across the United States. Completed in only six years by unscrupulous entrepreneurs, brilliant engineers, and legions of dedicated workers, the Transcontinental Railroad left in its wake a horde of displaced, broken Native Americans. See how the railroad helped shape the politics and culture of mid-19th century America. 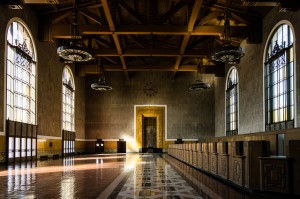 Can’t read about trains without taking a trip! Los Angeles’s Union Station, on the National Register of Historic Places, opened in May 1939. Not only is it gorgeous, it is L.A.’s main railway station and the largest railroad terminal in the Western U.S. Plan a trip north to Sacramento and explore some Golden State railroad history. 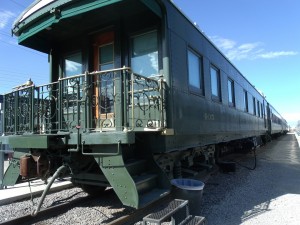 The California State Railroad Museum in Sacramento is a wonderful place to spend an afternoon in our state capitol. The Museum offers exhibits, train rides, and a Library with archives, manuscripts, and a collection of negatives from the Pullman Company among its collections.