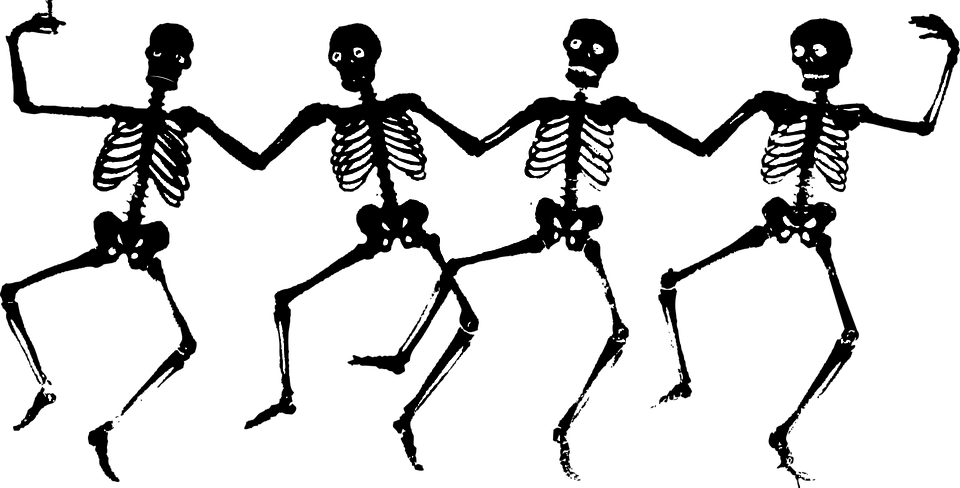 Halloween is just around the corner and while you can always celebrate with some traditionally spooky books and movies like Dracula or The Exorcist, sometimes it’s nice to take a break from the full-on scariness and try some of the excellent horror comedy books and movies out there. At first glance horror and comedy might not seem like the most natural pairing, but try one of these books or movies that will have you laughing and screaming at the same time and you’ll see the appeal.

The Horror Writers Association presents Blood Lite, a collection of entertaining tales that puts the fun back into dark fiction, with ironic twists and tongue-in-cheek wit to temper the jagged edge.

Charlaine Harris reveals the dark side of going green, when a quartet of die-hard environmentalists hosts a fundraiser with a gory twist in “An Evening with Al Gore”… In an all-new Dresden Files story from Jim Butcher, when it comes to tracking deadly paranormal doings, there’s no such thing as a “Day Off” for the Chicago P.D.’s wizard detective, Harry Dresden… Sherrilyn Kenyon turns a cubicle-dwelling MBA with no life into a demon-fighting seraph with one hell of an afterlife in “Where Angels Fear to Tread”… Celebrity necromancer Jaime Vegas is headlining a sold-out séance tour, but behind the scenes, a disgruntled ghost has a bone to pick, in Kelley Armstrong’s “The Ungrateful Dead.” Plus tales guaranteed to get under your skin — in a good way — from over fifteen more horror authors.

So let the blood flow and laughter reign — because when it comes to facing our deepest, darkest fears, a little humor goes a long way!

Meet Andy Warner, a recently deceased everyman and newly minted zombie. Resented by his parents, abandoned by his friends, and reviled by a society that no longer considers him human, Andy is having a bit of trouble adjusting to his new existence. But all that changes when he goes to an Undead Anonymous meeting and finds kindred souls in Rita, an impossibly sexy recent suicide with a taste for the formaldehyde in cosmetic products, and Jerry, a twenty-one-year-old car-crash victim with an exposed brain and a penchant for Renaissance pornography. When the group meets a rogue zombie who teaches them the joys of human flesh, things start to get messy, and Andy embarks on a journey of self-discovery that will take him from his casket to the SPCA to a media-driven class-action lawsuit on behalf of the rights of zombies everywhere.

Darkly funny, surprisingly touching, and gory enough to satisfy even the most discerning reader, Breathers is a romantic zombie comedy (rom-zom-com, for short) that will leave you laughing, squirming, and clamoring for more.

Something strange is happening at the Orsk furniture superstore in Cleveland, Ohio. Every morning, employees arrive to find broken Kjerring bookshelves, shattered Glans water goblets, and smashed Liripip wardrobes. Sales are down, security cameras reveal nothing, and store managers are panicking.

To unravel the mystery, three employees volunteer to work a nine-hour dusk-till-dawn shift. In the dead of the night, they’ll patrol the empty showroom floor, investigate strange sights and sounds, and encounter horrors that defy the imagination.

A traditional haunted house story in a thoroughly contemporary setting, Horrorstör comes packaged in the form of a glossy mail order catalog, complete with product illustrations, a home delivery order form, and a map of Orsk’s labyrinthine showroom. 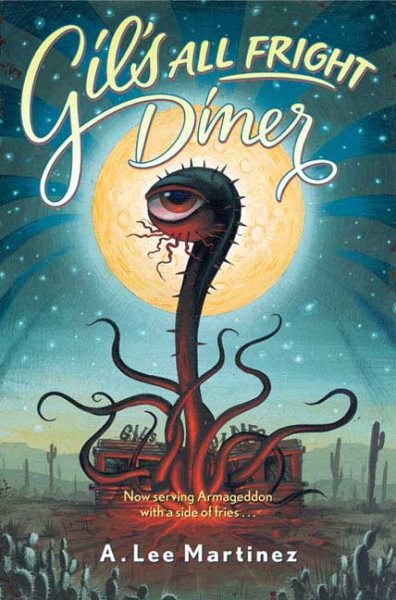 Gil’s All Fright Diner by A. Lee Martinez

Welcome to Gil’s All Night Diner, where zombie attacks are a regular occurrence and you never know what might be lurking in the freezer.

Duke and Earl are just passing through Rockwood County in their pickup truck when they stop at the diner for a quick bite to eat. They aren’t planning to stick around – until Loretta, the eatery’s gargantuan owner, offers them one hundred dollars to take care of her zombie problem. Given that Duke is a werewolf and Earl’s a vampire, this looks right up their alley. But the shambling dead are just the tip of a particularly spiky iceberg. Seems someone’s out to drive Loretta from the diner, and more than willing to raise a little hell on earth if that’s what it takes. Before Duke and Earl get to the bottom of the diner’s troubles, they’ll run into such otherworldly complications as undead cattle, an amorous ghost, a jailbait sorceress, and the terrifying occult power of pig Latin. And maybe – just maybe – the End of the World, too. 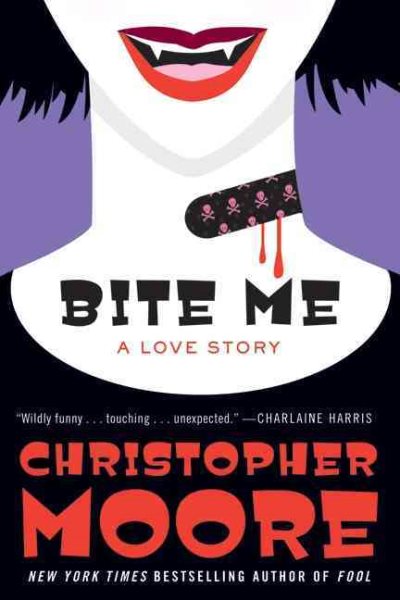 Bite Me by Christopher Moore

The city of San Francisco is being stalked by a huge shaved vampyre cat named Chet, and only I, Abby Normal, emergency backup mistress of the Greater Bay Area night, and my manga-haired love monkey, Foo Dog, stand between the ravenous monster and a bloody massacre of the general public.

Whoa. And this is a love story? Yup. ‘Cept there’s no whining. See, while some lovers were born to run, Jody and Tommy were born to bite. Well, reborn, that is, now that they’re vampires. Good thing theirs is an undying love, since their Goth Girl Friday, Abby Normal, imprisoned them in a bronze statue.

Abby wants to be a bloodsucking fiend, too, but right now she’s really busy with other stuff, like breaking in a pair of red vinyl thigh-high Skankenstein® platform boots and wrangling her Ph.D.-candidate boyfriend, Steve (the love monkey). And then there’s that vampire cat Chet, who’s getting bigger and smarter and thirstier by the minute. Abby thought she and Steve could handle the kitty cat on their own, mais non.

Before you can say “OMG! WTF?” Tommy and Jody are sprung from captivity, and join forces with Abby, Steve, the frozen-turkey-bowling Safeway crew, the Emperor of San Francisco and his trusty dogs Lazarus and Bummer, Abby’s gay Goth friend Jared, and SF’s finest Cavuto and Rivera to hunt big cat and save the city. And that’s when the fun really begins. John Dies at the End by David Wong

STOP. You should not have touched this flyer with your bare hands. NO, don’t put it down. It’s too late. They’re watching you. My name is David Wong. My best friend is John. Those names are fake. You might want to change yours. You may not want to know about the things you’ll read on these pages, about the sauce, about Korrok, about the invasion, and the future. But it’s too late. You touched the book. You’re in the game. You’re under the eye. The only defense is knowledge. You need to read this book, to the end. Even the part with the bratwurst. Why? You just have to trust me.

The important thing is this: The drug is called Soy Sauce and it gives users a window into another dimension. John and I never had the chance to say no. You still do. I’m sorry to have involved you in this, I really am. But as you read about these terrible events and the very dark epoch the world is about to enter as a result, it is crucial you keep one thing in mind: None of this was my fault. 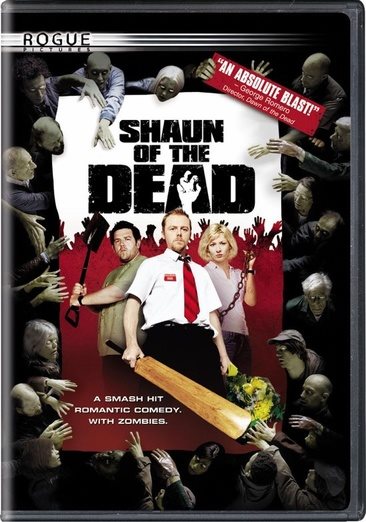 Shaun of the Dead

A man decides to turn his moribund life around by winning back his ex-girlfriend, reconciling his relationship with his mother, and dealing with an entire community that has returned from the dead to eat the living.

Tucker and Dale are two best friends on vacation at their dilapidated mountain house, who are mistaken for murderous backwoods hillbillies by a group of obnoxious, preppy college kids. When one of the students is separated from her friends, the boys try to lend a hand, but as the misunderstanding grows, so does the body count.

What We Do in the Shadows

Vladislav, Viago, and Deacon are vampires who live here, among us. They are real vampires; undead, immortal creatures who stalk the night and search for human blood, preferably virgins. Witness the many horrid, abominable aspects of vampire life, such as hunting and feeding, vampire rivalry and fighting with werewolves, as well as normal night to night aspects that make them not so different from us like keeping the flat clean, jobs, shopping, meeting people and trying to fit in. 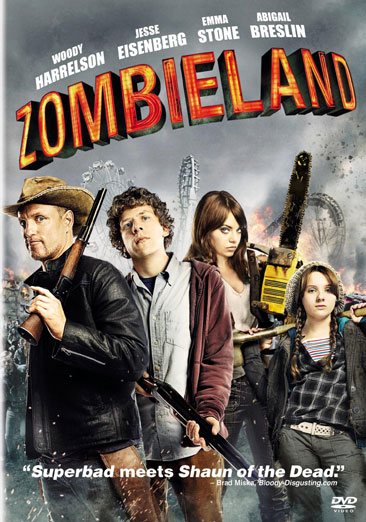 Nerdy college student Columbus has survived the plague that has turned mankind into flesh-devouring zombies because he’s scared of just about everything. Gun-toting, Twinkie-loving Tallahassee has no fears. Together, they are about to stare down their most horrifying challenge yet: each other’s company.