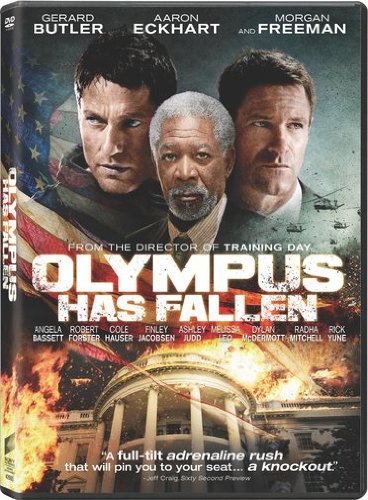 Want to watch a film where people either think it’s entertaining fun or it’s about the most horrible thing they have ever watched? Then I say watch Olympus Has Fallen. Myself I liked it. I thought the acting by Morgan Freeman and Gerard Butler was fine. And the action sequences were pretty cool too. Basically the concept is a former Secret Service agent (Butler) is trapped in the White House while it’s being taken over by terrorists who have the President (Aaron Eckhart. Yes, him) hostage. So basically Butler goes forth to save the President. Sounds maybe like too much of an 80’s flick? So what? It’s fun. There are scenes where you are like, “Come on! You expect me to believe that just happened?” But I say just go with it. The Pasadena Central Library has a few copies in its media box, so give it a try but be warned that you may hate it. But then again you actually might enjoy it.