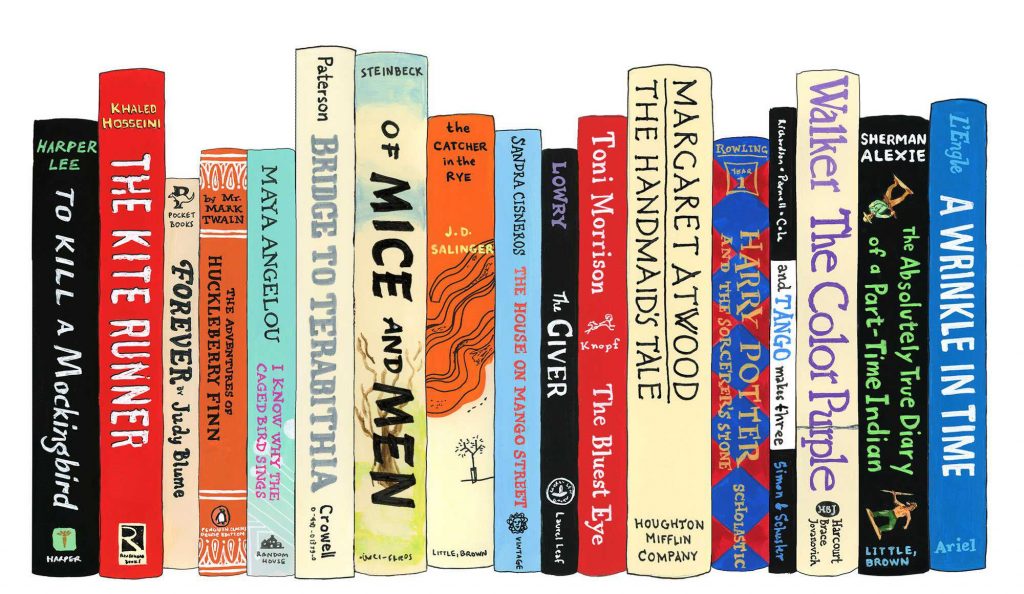 Humans have always valued books and the stories and knowledge they embody. The high regard we have for them is rooted in the distant past when they were rare, expensive, and were not so much a utilitarian object as a work of art; they denoted power, and those in possession of a book or who could decode its symbols were themselves highly regarded. Today, there is still a vestige of this reverence for them despite the fact that books are relatively cheap to produce and their mass production has made them quite ubiquitous in every facet of our lives.  They’re no longer restricted to a privileged few, but the ability to read is still highly esteemed. We continue to value books because the idea that they are in some respects sacred objects is embedded in our collective consciousness, so much so that the very notion of destroying them seems sacrilege and elicits from us a primal revulsion. We see this sort of reaction whenever someone mentions the burning of books. Whether literally or figuratively, book burning is anathema to a literate and a democratic society because such an act is not just about the taking away of personal freedoms but about destroying cultural treasures and desecrating human knowledge as well. This sort of wanton destruction of books is an affront to human progress and imagination and to civilized society.

Burning books has a long and sordid history. One of the earliest recorded acts of book burning occurred around 212 BCE when the Chinese emperor Qin Shi Huang purportedly buried alive scholars and burned their collection of written works as a means to censor ideas and control the recording of history. In 1526 copies of William Tyndale’s English translation of the New Testament were burned by the Catholic Church in England because Church authorities there believed that the Bible should be available only in Latin and therefore could only be read and interpreted by the Church. Perhaps one of the most infamous book burnings in recent history was carried out by the Nazis in 1933. Books written by Jews, communists, and writers the Nazis deemed enemy of the state and German culture were destroyed in big bonfires throughout Germany. Book burning continues to be practiced even in the 21st century. In the early 2000s J.K. Rowling’s Harry Potter books were burned by religious groups and parents who felt that the popular fantasy novels promoted witchcraft and black magic.

Another form of censorship that shares a long history with the practice of burning books is banning books, which in the early 1980s gained national attention when the American Library Association started Banned Books Week in 1982 in response to a surge in banned books that year. While it’s not as dramatic and perversely ritualistic as throwing books into the flames, book banning is no less disturbing and infuriating to those who believe in the idea of a free press and reading whatever one chooses. In many respects, banning books has become the preferred method of censoring materials deemed “harmful” to children or “offensive” to polite society in our times. Since the launch of Banned Books Week, it continues to be an important issue in many schools and libraries throughout the United States.

So what are banned books and what do we mean when we say a book is banned? According to the American Library Association, banned books are books that “have been targeted for removal or restriction in libraries and schools” because they’re considered unfit to read in the classroom or elsewhere by individuals, groups, government officials, or school administrators. They’re targeted for censorship for a variety of reasons; the most popular ones being profanity or offensive language, vulgarity, graphic violence, sexually explicit, unsuitable for a particular age group, and, yes, even for lacking literary merit. Banned books aren’t illegal to read but they are less accessible or difficult to find and sometimes hard to obtain.

Libraries believe in the freedom to read and we stand with the American Library Association against censorship in whatever form it takes. The freedom to know and the freedom to express ideas and opinions—however unpopular or disagreeable they might be—is the foundation of democracy and a free society, and libraries will continue to ensure that books expressing different viewpoints and imaginative ideas are available to all who wish to read them.

Since 1982, libraries have celebrated Banned Books Week, which occurs the last week of September. We encourage you to read a banned book or one that has been repeatedly banned throughout history. Here are 20 books that are often on banned lists and which are available at the Pasadena Public Library.

The Adventures of Huckleberry Finn by Mark Twain

Of Mice and Men by John Steinbeck

Lord of the Flies by William Golding

The Catcher in the Rye by J.D. Salinger

A Wrinkle in Time by Madeleine L’Engle

Song of Solomon by Toni Morrison

The Fellowship of the Rings by J.R.R. Tolkien

I Know Why the Caged Bird Sings by Maya Angelou

The Kite Runner by Khaled Hosseini

The Hate U Give by Angie Thomas