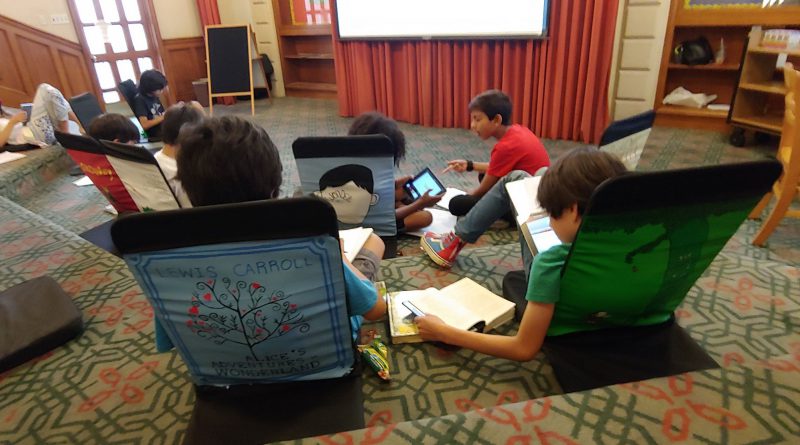 Kids 9-12 years old came to the library for a three-day program last week to make book trailers about their favorite books. These trailers were all created using iPads with the iMovie app, though we also tried some other movie editing software too. Most of the photos the kids used were either taken by the kids using their iPad to photograph book illustrations, or they were found on Pixabay or Creative Commons. This was a very difficult project and that’s why some of the book trailers are unfinished. But I’m just so proud of the kids for trying, and for sharing their favorite reads with you in this neat audiovisual format!

Kids were shown some book trailers:

Book Trailer for Hatchet, made by a teen: https://www.youtube.com/watch?v=DGFhKttEixI

Then kids were shown some book trailers I made:

Hamster Princess version 2–made with iMovie, using the Movie function

We talked about the difference between a trailer and the book or movie, how the trailer needs to be concise and just hint at the plot and convey what’s exciting about the book. And then I asked them to find some books they like. I tried to assist with this by grabbing a bunch of the year’s most popular, most circulated books:

(though most kids preferred to check the shelves for their favorite!)

Then we did some writing about the books that we chose. We thought about their tone, their characters, and how we would describe them. 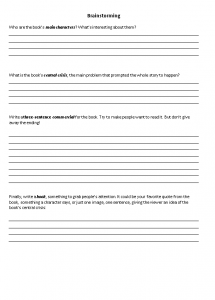 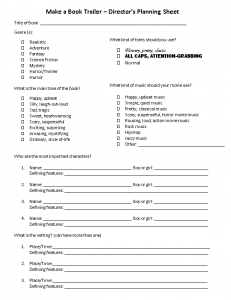 I originally intended for the kids to then make a written storyboard, but instead we tried using the built-in storyboard on the iMovie app in the Trailer function. The only problem was that sometimes kids found those templates very restrictive. We tried using Typito on laptops, but Typito was difficult only because it requires account setup. Eventually we went back to iMovie and some kids used the Trailer feature while others used the open-ended Movie feature.

Kids were shown how to find free images by doing a SafeSearch in Pixabay, and free music on Free Music Archive.

I also worked hard to create Google Drive folders for the kids with images I found based on their keyword wish list. So if they were looking for images of a birthday party or a key, I tried to find some and make a folder for them. The only drawback was it took a while to figure out how to get to the Google Drive folders when Drive isn’t enabled on the library’s iPads. We eventually got it.

I think I learned a lot about ways to do a program like this that will make a difference with future attempts. For one thing, sticking to one platform is important. Also, doing more writing in the beginning is important too.

And without further ado… here they are… The book trailers!

All of the book trailers are available on our Children’s Book Suggestions LibGuide, at:

Book Trailers Made by Kids 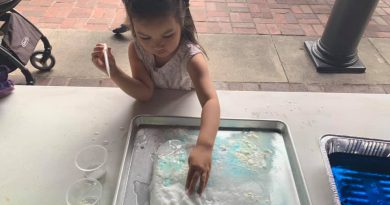