Thanksgiving may be over, but you’re probably still working on all the leftovers… So today our preschool/family storytime was all about turkeys!

Everybody got a feather, and we sang a simple song about the colors:

We read Over the River by Derek Anderson, an adaptation of the old Thanksgiving song about going to Grandma’s house for dinner.  In this illustrated version, we see a family of turkeys facing great dangers to make it to their grandparents’ house!

We did a flannelboard activity about identifying which things don’t belong, kind of like the old Sesame Street song:

Three of these things belong together

Three of these things are kind of the same

But one of these things just doesn’t belong here Then we segued into singing Old MacDonald with felt piece cues.  After that, we read another book called I’m a Turkey by Jim Arnosky.  It’s a book about the lives of turkeys in the wild, with a fun bluegrass kind of rhythm to the words.

Put your right wing in, and you shake it all about

You do the Gobble Pokey and you turn yourself around

That’s what it’s all about!

We read Five Silly Turkeys by Salina Yoon and used the felt board to illustrate the counting: One for the little boy who lives down the lane

Then we listened to Raffi’s version which includes the many contributions of other animals for our food and clothing! One for your blanket to keep you warm and snug

Cluck cluck red hen, have you any eggs?

Yes sir, yes sir as many as your legs!

Come back tomorrow, I’ll have another bunch

Moo moo brown cow, have you milk for me?

Yes sir, yes sir, as tasty as can be

Churn it into butter and make it into cheese

Freeze it into ice cream or drink it if you please

Honey by the spoonful as much as I can make

We sang “Row Row Row Your Boat” and danced and wiggled to the song.  Then we did a fingerplay called Mr. Turkey and Mr. Duck, to the tune of “Yankee Doodle”:

Mr. Turkey went out one day in bright sunshiney weather

Met Mr. Duck along the way and they stopped to talk together

And then they went away

(But Mr. Duck came back and said Quaaaaaaaaaack!)

We watched a video that is an animated version of the award-winning book Joseph Had a Little Overcoat by Simms Taback. The video is well done and includes traditional Yiddish songs and funny Yiddish jokes, as well as an additional animated song which we didn’t show.  You can view it on the DVD Strega Nona and More Caldecott-Award-Winning Folk Tales. 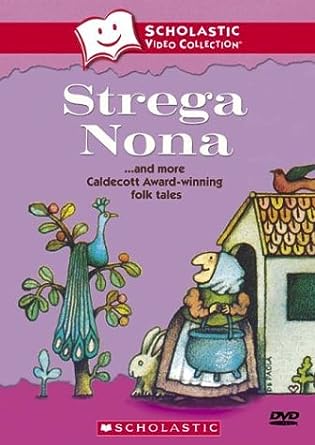 I picked this story because it actually features a turkey prominently, as well as many other farm animals… But primarily I picked this video because it is about being thankful for what we have, which is truly the meaning of Thanksgiving!  Hope you all have a wonderful Thanksgiving weekend. 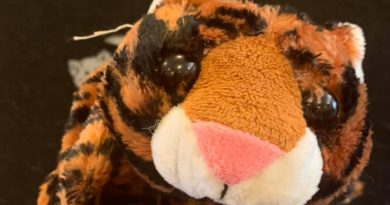