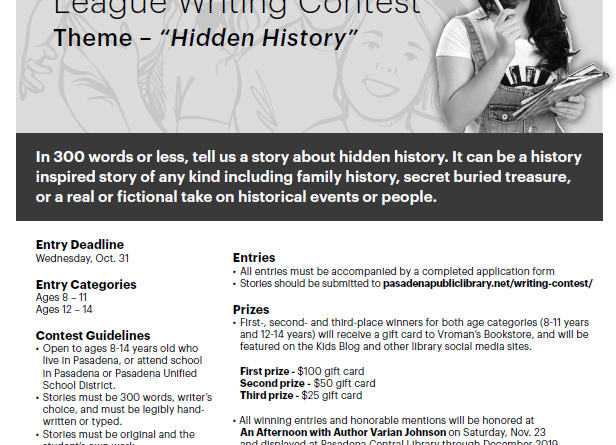 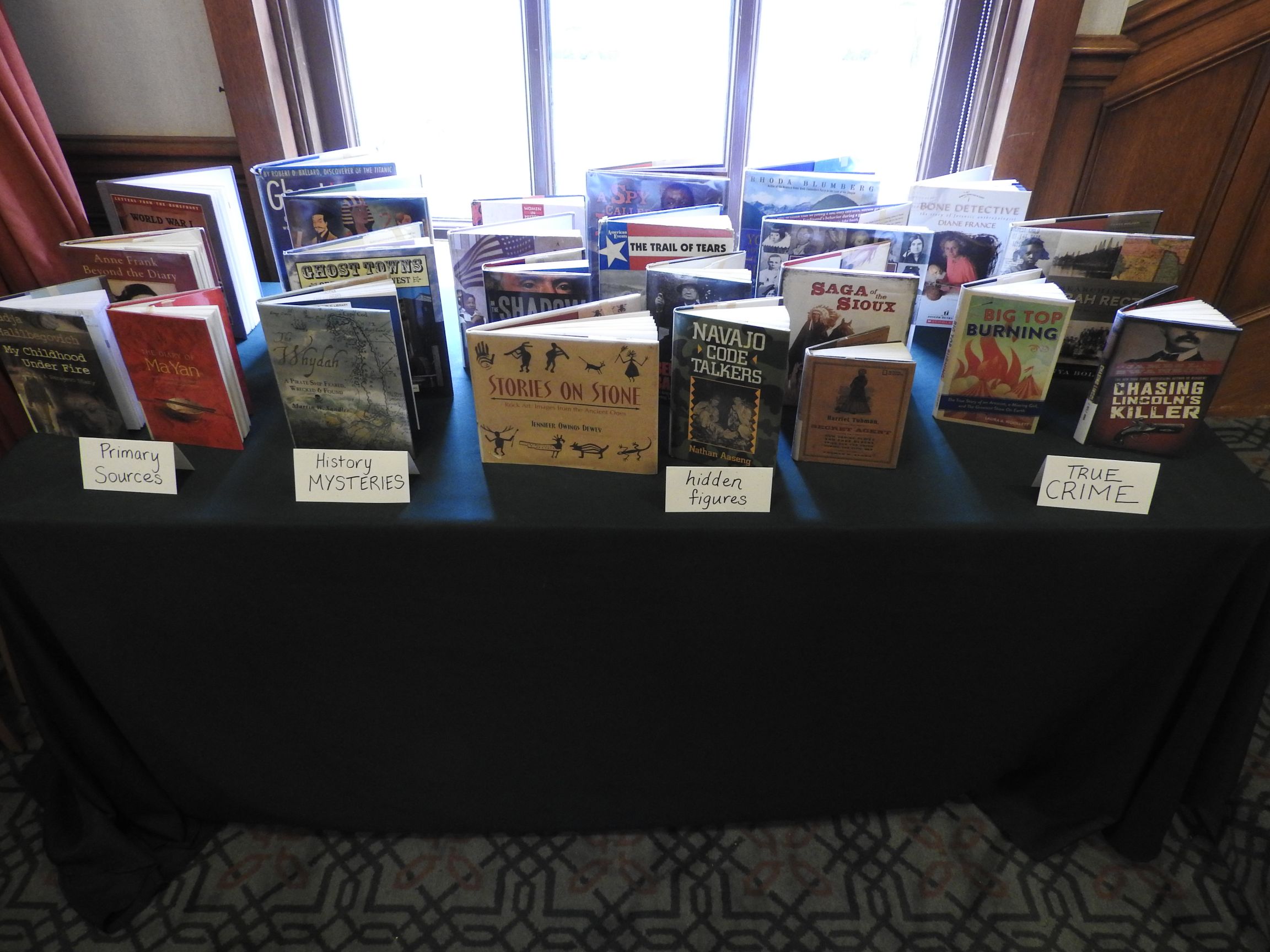 Last week our Kids’ Writing Workshop focused on hidden histories and flash fiction, to help kids develop entries for our 2019 Young Reader’s League Writing Contest. The theme of the contest is “Hidden Histories” and the maximum length is 300 words–which is much shorter than it sounds! So for this contest, kids need to somehow tell a story about a history that has been hidden, in only a few paragraphs. 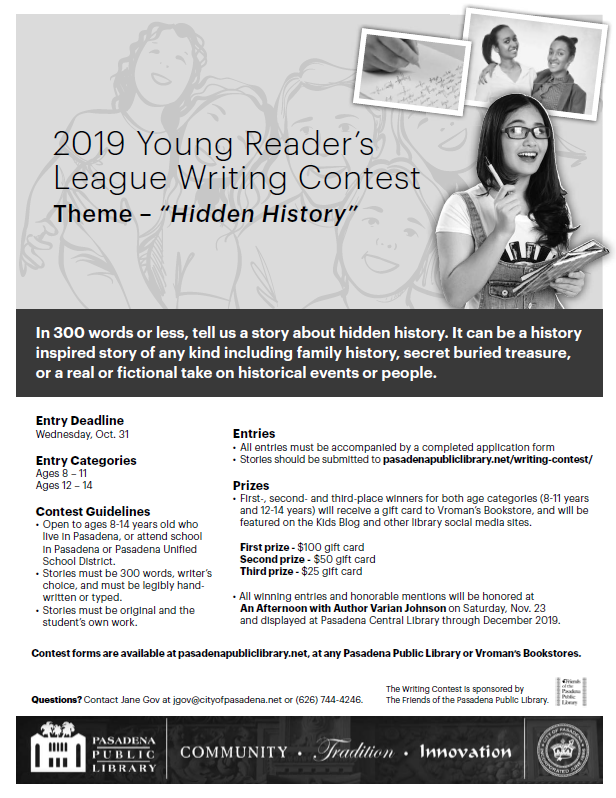 I always try to pull books from the collection that can serve to inspire or suggest ideas. I grouped them into four categories: “Hidden figures” (people or groups that were in the margins or the shadows of history), “True crime,” “History mysteries” (like sunken ships or ghost towns), and “Primary sources” (diaries and letters that shed light on unknown aspects of history from one person’s perspective). 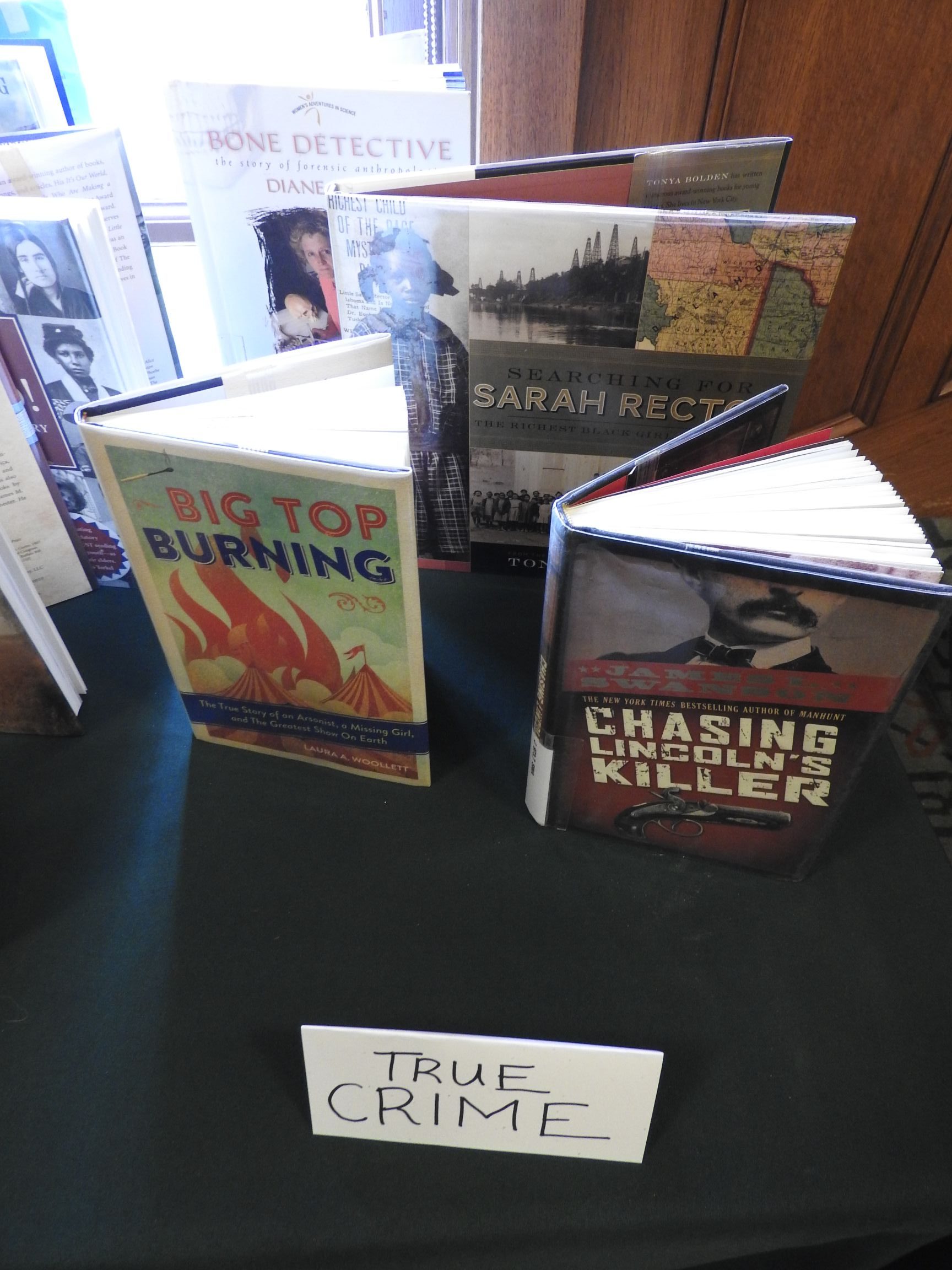 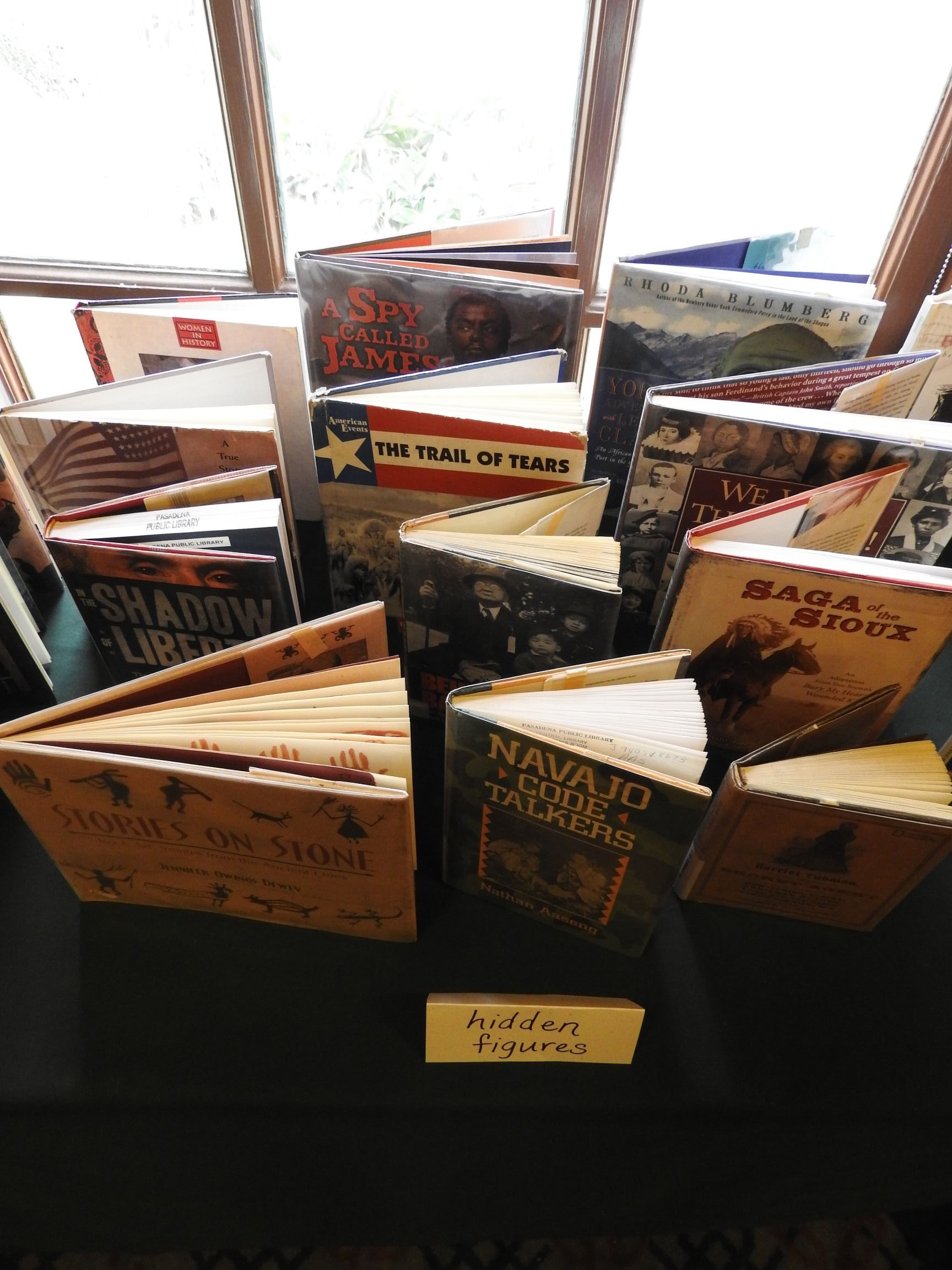 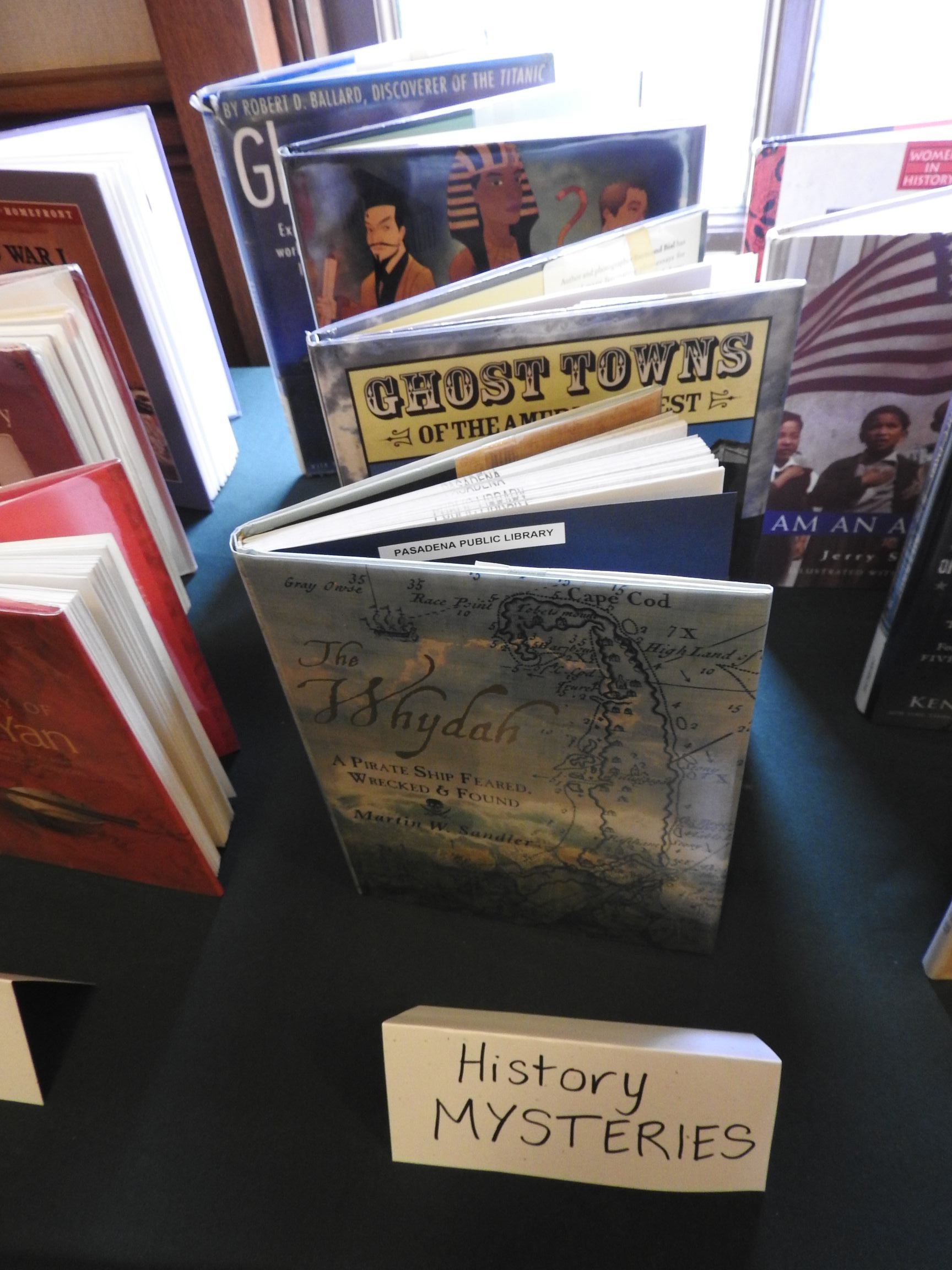 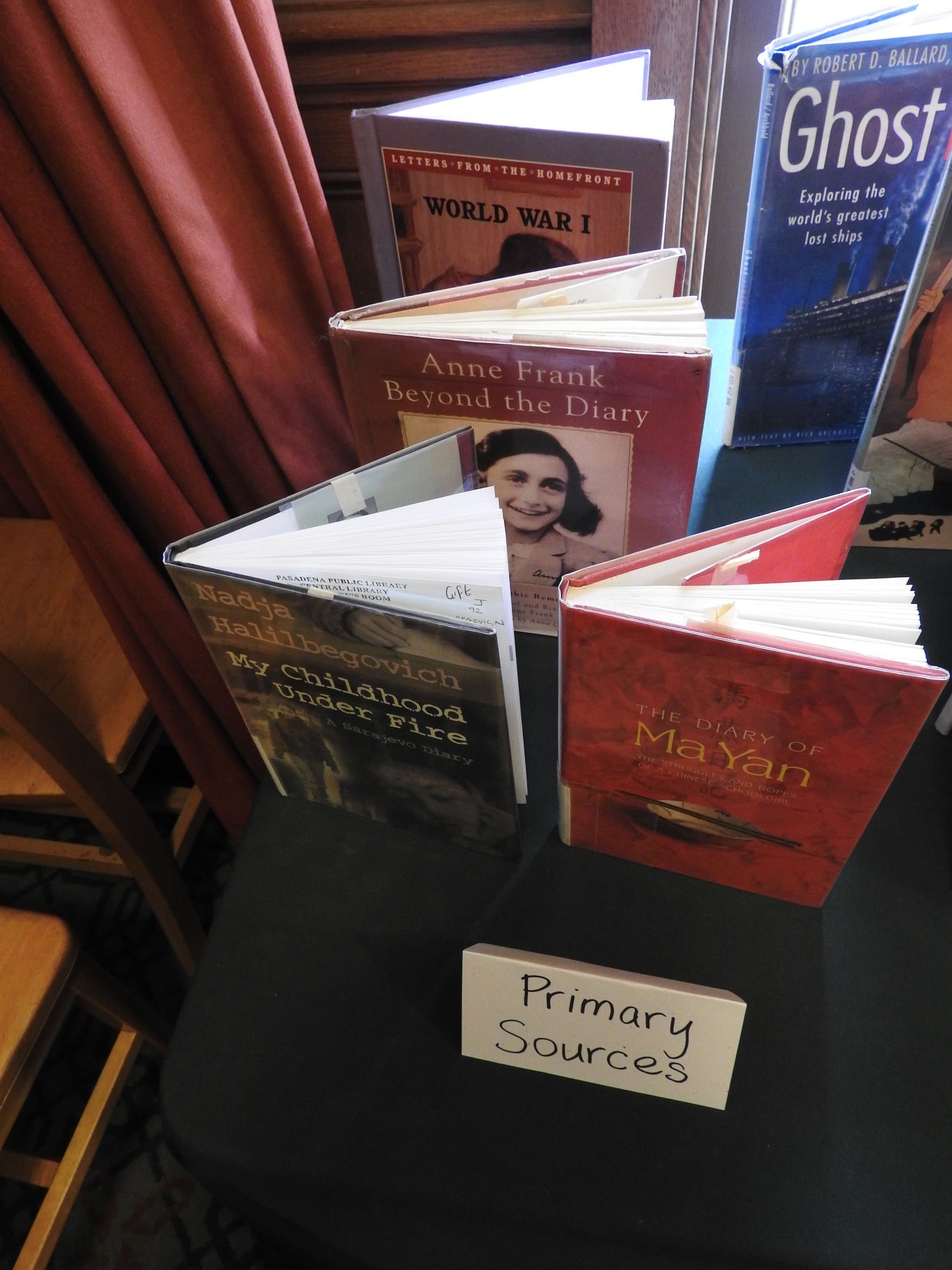 All of those books are nonfiction, but if I’d had more time, I had wanted to read aloud a chilling excerpt from a novel that I think makes a great mentor text for writing “Hidden Histories”–The Face on the Milk Carton by Caroline B. Cooney:

The girl on the carton was an ordinary little girl. Hair in tight pigtails, one against each thin cheek. A dress with a narrow white collar. The dress was white with tiny dark polka dots.

Something evil and thick settled on Janie, blocking her throat, dimming her eyes. “Sarah-Charlotte,” she said. She could hear herself shouting Sarah-Charlotte’s name, yet her lips were not moving; she was making no sound at all.

She reached toward Sarah-Charlotte’s sleeve, but her hand didn’t obey. It lay motionless on top of the carton. It looked like somebody else’s hand; she could not imagine herself wearing that shade of nail polish, or that silly ring.

“You drank my milk,” accused Sarah-Charlotte.

“It’s me on there,” Janie whispered. Her head hurt. Was the milk allergy already setting in? Or was she going insane? Could you go insane this fast? Surely it took years to lose your mind.

She imagined people losing their minds the way you might lose a penny, or your car keys–accidentally dropping your mind in the cafeteria.

We ended up talking a lot about what “flash fiction” is, since that was a term that most people in the group had not heard of before. Flash fiction has been defined many ways, but is generally accepted to be a short story that is under 1000 words, and which has relatively few characters or scenes because it needs to tell a compact, concise story that will be gripping and surprising, despite its brevity.

I gave the kids a handout that compiled flash fiction writing tips from several different articles:

And I shared some examples written by kids like them:

Then we worked on our own Hidden History stories. The kids came up with elaborate stories about finding surprising things hidden in attics. I think they were really inspired by our Young Reader’s League pick, The Parker Inheritance by Varian Johnson, which gets off to a similar start!

Here’s the worksheet I used: 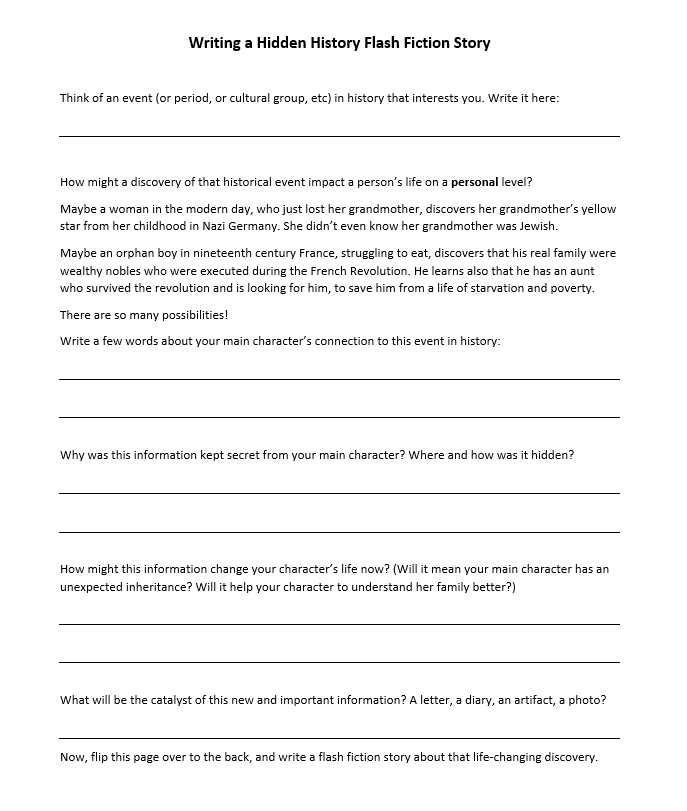 At the end of class, I had an opportunity drawing for two copies of The Parker Inheritance, donated by the Friends of the Pasadena Public Library! 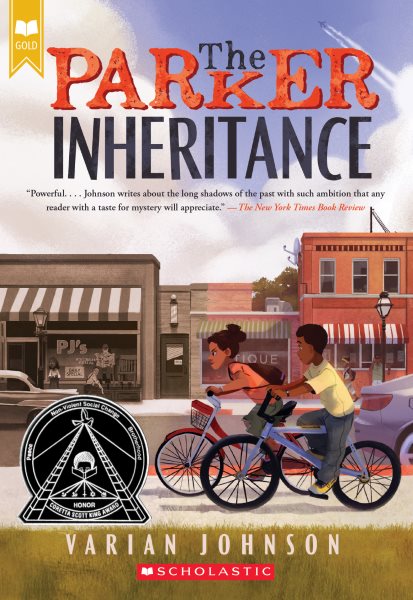 Don’t forget that you’ll have an opportunity to meet Mr. Johnson in person on Saturday, November 23 at 3 pm at Pasadena Central Library! So if you won one of those copies, be sure to come back and get it signed!

Good luck on your writing entries! Entries are due October 31st!