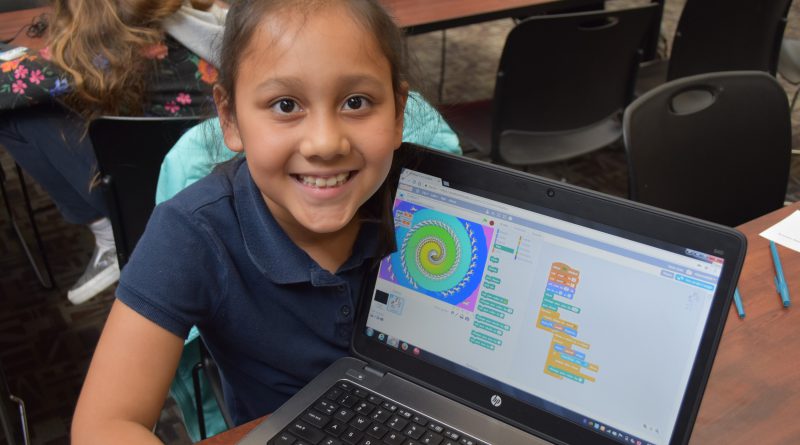 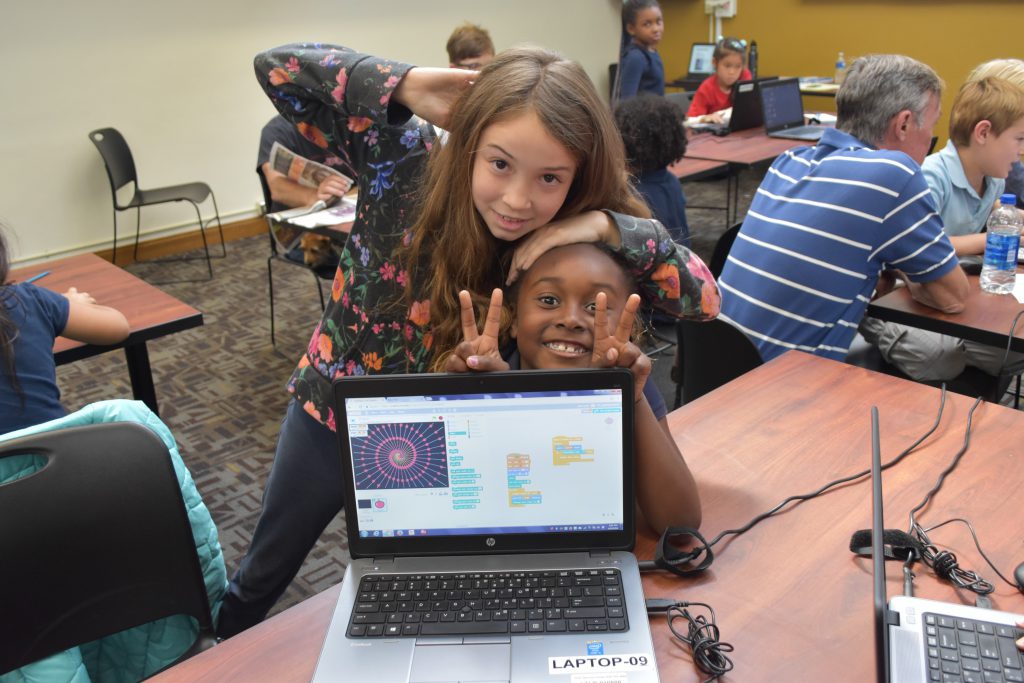 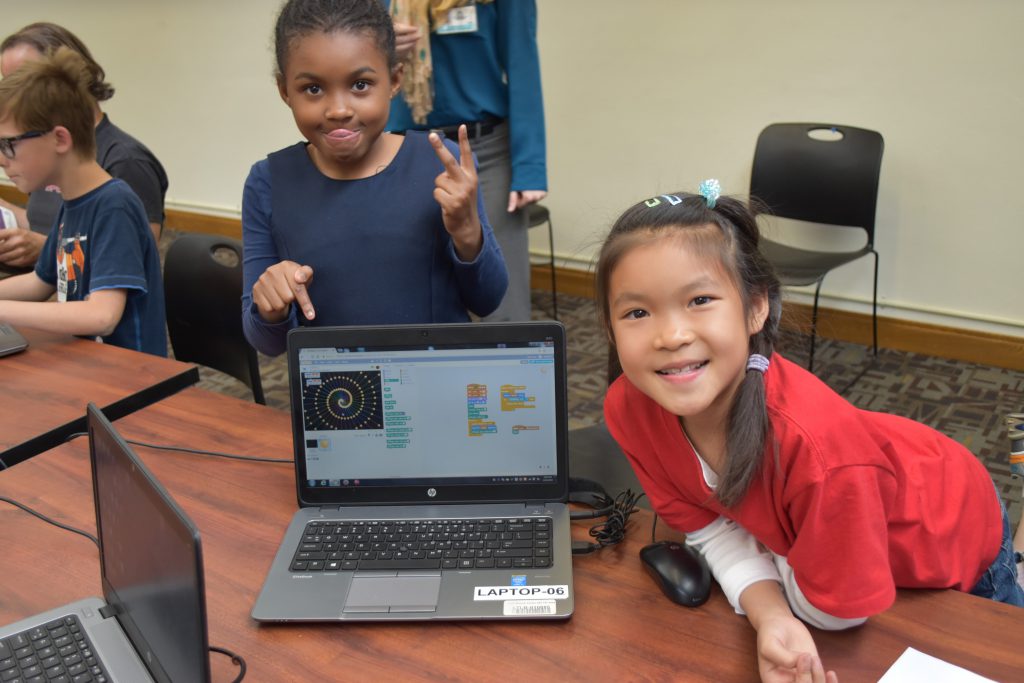 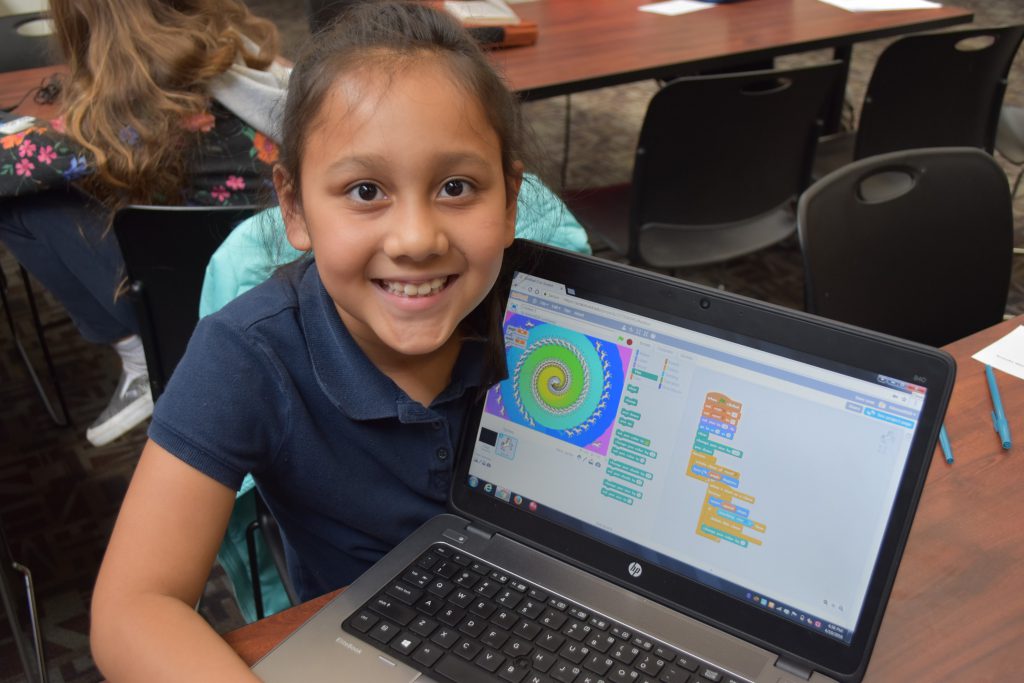 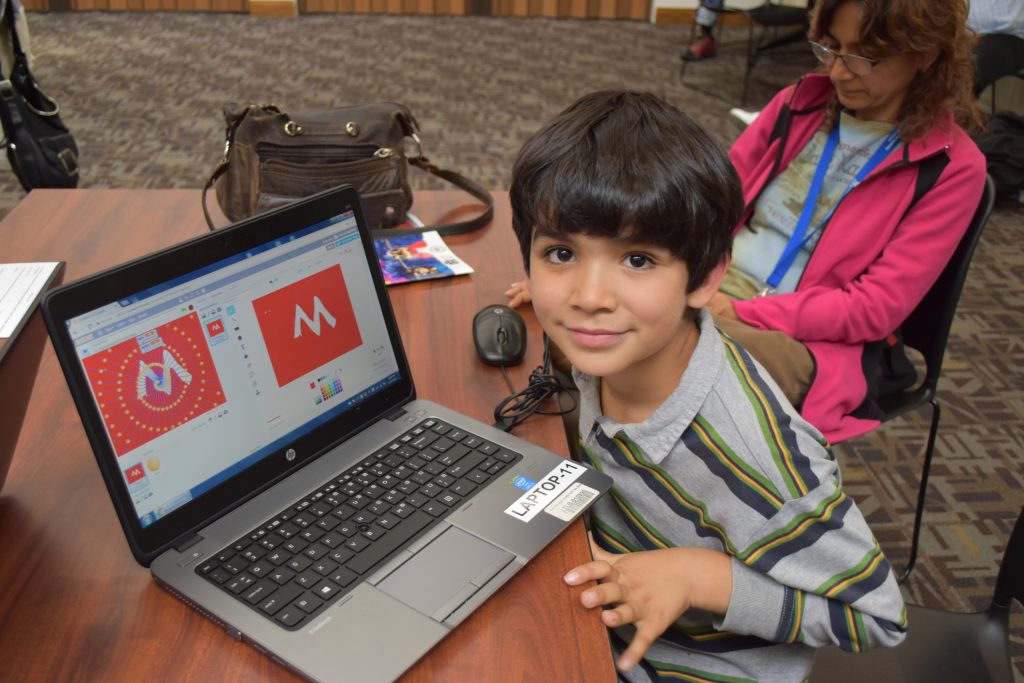 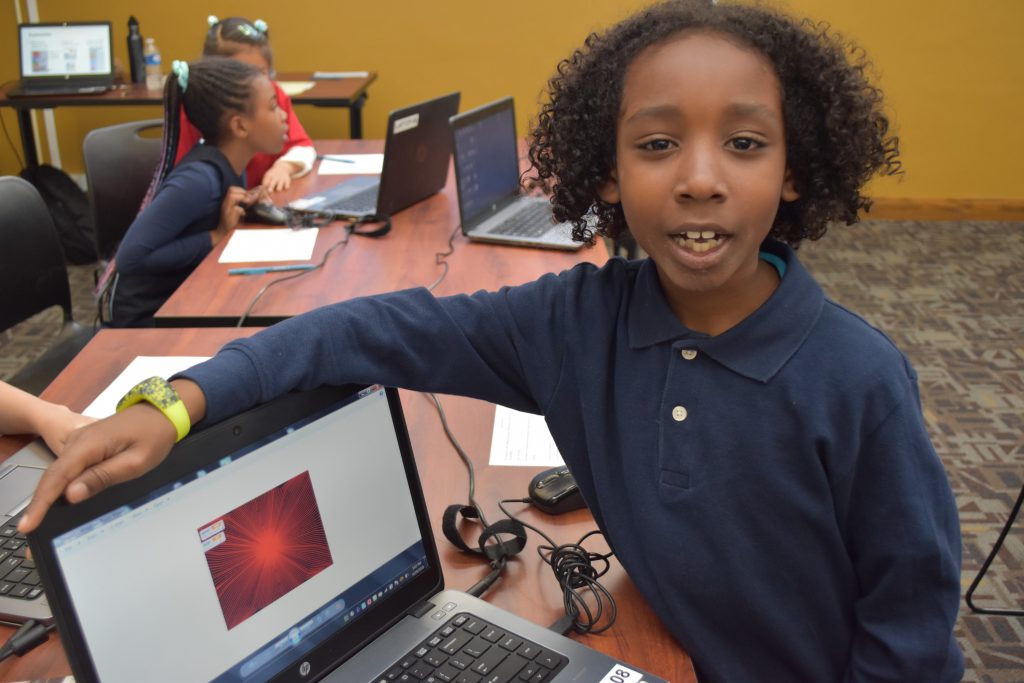 Last Thursday we had our April session of the Kids Coding Club, where we did a project that explored using coding to make digital art. We tried an activity from Coding Projects in Scratch by Jon Woodcock, where we used Scratch to create a spiralizer that made fun, colorful designs. Scratch is a web-based coding platform that allows kids to learn the basic principles of coding in a block-based environment where they can drag and connect blocks that program the characters, or sprites, that they’ve selected to do different things. 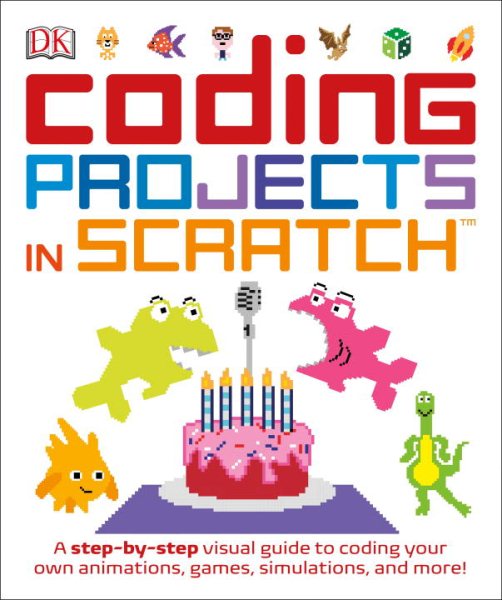 For the spiralizer project, the kids wrote code in Scratch to make a ball start in the middle of the screen and then create an infinite number of clones of itself that move away from center at a set speed and angle, thus creating a spiral pattern of balls. This project really let the kids get even more creative than I anticipated, with lots of them picking sprites other than balls. We had spiraling unicorns, puppies, and fortune cookies among other choices.

Once the kids coded their sprites to clone and spiral, we were able to create controls that allowed them to adjust the speed and angle of the motion of the clones, changing the look of the spiral as it went. Once again all the participants got creative with trying new angles and speeds as well as different background colors. 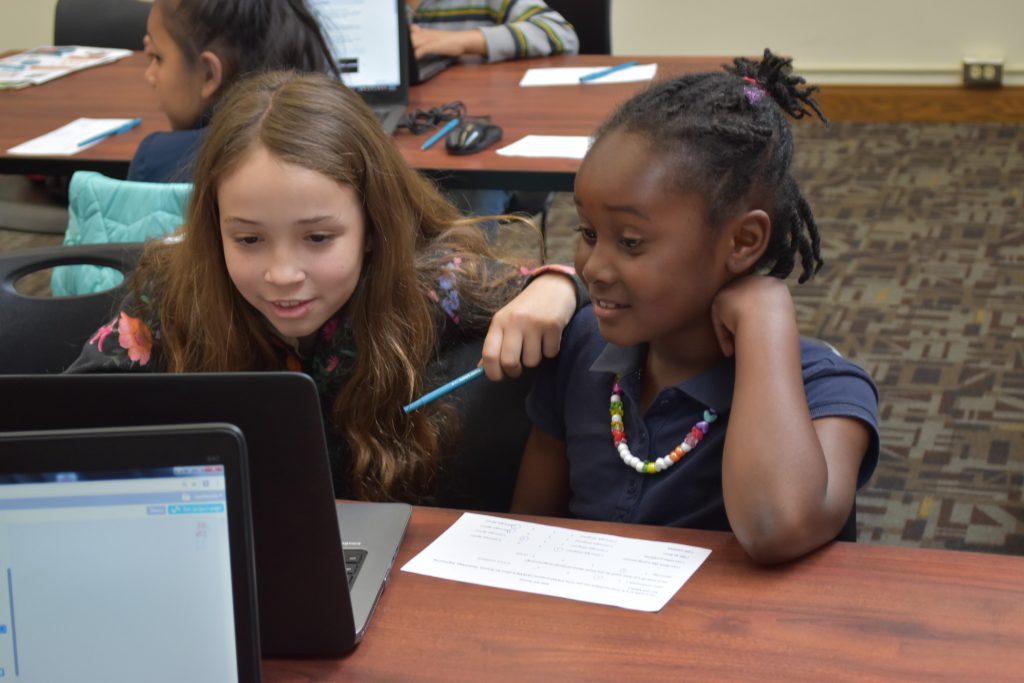 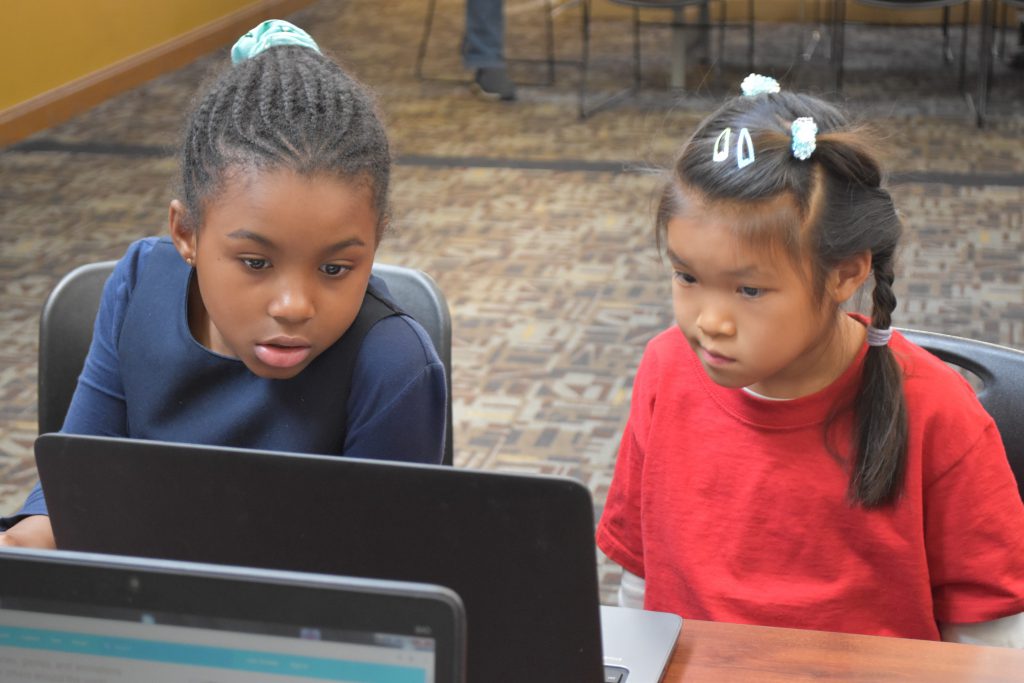 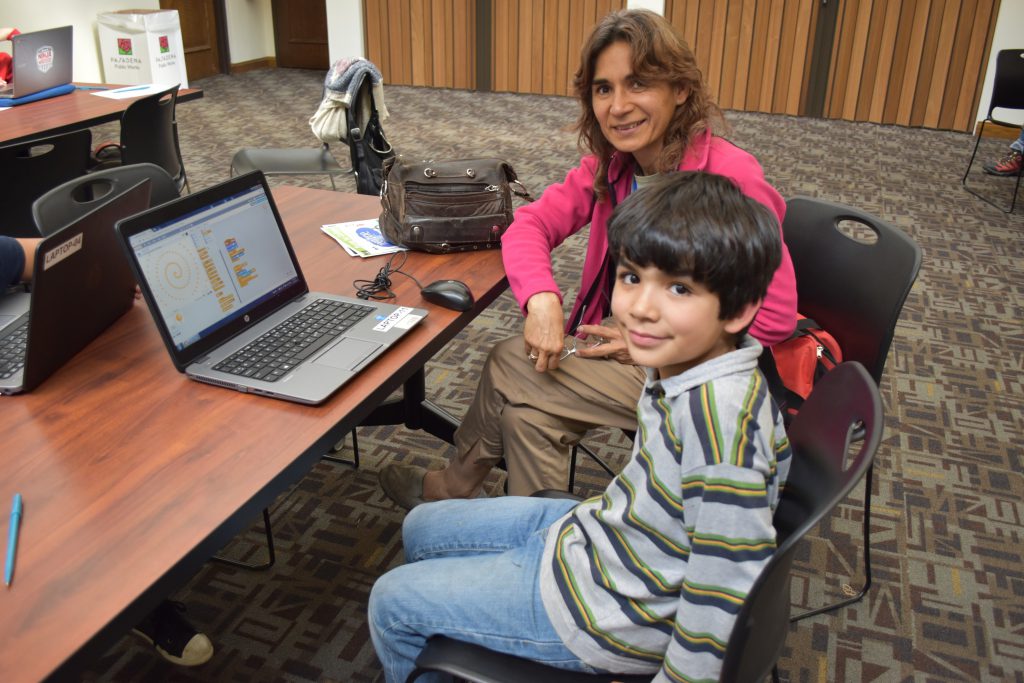 Finally, we added code that made each of the cloned sprites draw a line as it moved creating colorful lined patterns that changed with the speed and angle of the spiral. Kids played with different colors and line width to create some truly unique designs. Each time they would clear the slate and start the spiral again, a new design would emerge depending on the speed, angle, color, and line width that they set in their code. They created variables for speed and angle that could be adjusted with a slider, so that they could also watch their design change in real time.

Check out their cool creations! 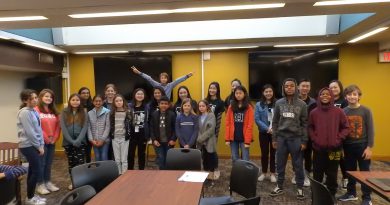 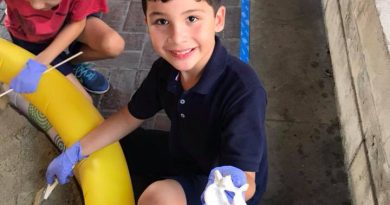