Today’s storytime featured stories about a big (or sometimes little) critter with four clawed feet, a tail, a big mouth with sharp teeth, scales, and wings… You guessed it! (or at least the kids did from the flannelboard opening) … DRAGONS! 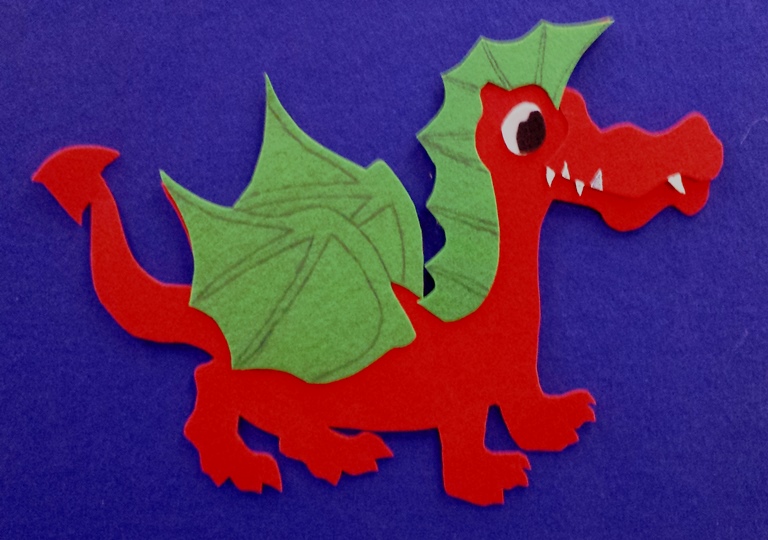 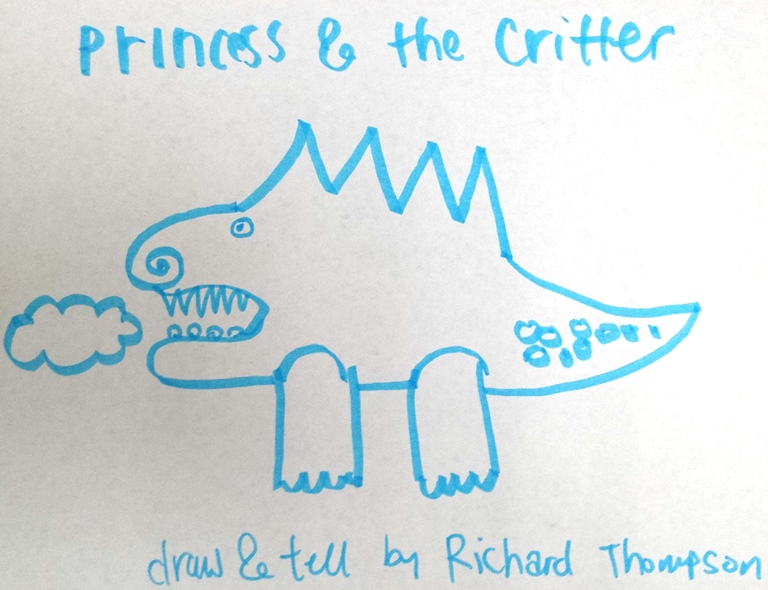 The Princess and the Critter, draw & tell by Richard Thompson

Once upon a time, there was a princess who was thoroughly sick of hearing her father’s knights brag about how they battled fierce dragons… So one day she set off herself to do battle with a dragon… 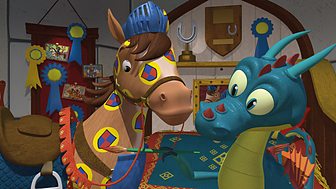 “The Polka Dot Horse” from Mike the Knight: Magical Mishaps

While Mike is training to be a knight, his younger sister Evie wishes to become a wizard. Accompanied by her pet frog Mr. Cuddles, Evie uses spells to help Mike with his missions, but a series of magical mishaps occurs.  In this episode, Galahad is covered with polka dots right before they pose for a knightly statue, so Mike and his dragon friends try to figure out to get rid of the dots on time.