We have new DVDs at Central Library, although many of the stories have been around a long time. The Jungle Book, The BFG, and Pete’s Dragon have all been made into classic movies, and Pinocchio is a 1940 classic just recently released on DVD. But they’re not all old news. Moana, Kubo, Storks and The Secret Life of Pets were all big at the box office this past year, and if you haven’t had a chance to see them you’ll be able to check them out here at the library. Phantom Boy is more of a well-kept secret and will be a treat for fans of anime.

It tells the imaginative story of a young girl and the Giant who introduces her to the wonders and perils of Giant Country. The BFG, while a giant himself, is a Big Friendly Giant and nothing like the other inhabitants of Giant Country. Standing 24-feet tall with enormous ears and a keen sense of smell, he is endearingly dim-witted and keeps to himself for the most part.

An epic adventure about Mowgli, a man-cub who’s been raised by a family of wolves. Mowgli finds he is no longer welcome in the jungle when fearsome tiger Shere Khan, who bears the scars of Man, promises to eliminate what he sees as a threat. Urged to abandon the only home he’s ever known, Mowgli embarks on a captivating journey of self discovery, guided by panther turned stern mentor Bagheera, and the free spirited bear Baloo.

A young boy named Kubo must locate a magical suit of armor worn by his father in order to defeat a vengeful spirit from the past.

A mythic adventure set around 2,000 years ago across a series of islands in the South Pacific. The film follows the journey of a spirited teenager named Moana as she meets the once-mighty demi-god Maui, and together they traverse the open ocean, encountering enormous fiery creatures and impossible odds. Leo is a phantom boy due to a mysterious illness. It enables him to leave his body and explore the city as a ghost. In the hospital one day, he befriends Alex, a NYC cop. Alex had gotten injured while attempting to capture a gangster who has caused chaos in the metropolis. Now this extraordinary duo work together to foil the plot of the villianous gangster and save New York from destruction.

Woodcarver Geppetto has just made a little wooden puppet called Pinocchio. Wishing upon a star before he goes to bed, Geppetto wishes that Pinocchio would become a real boy. As Geppetto sleeps, the Blue Fairy arrives and partially grants his wish. Pinocchio can come to life, but he must prove himself worthy before becoming a real boy. He will require some guidance, and Jiminy Cricket agrees to act as his conscience. After some unfortunate incidents, Pinocchio finds himself in trouble.

A hilarious comedy about the lives our pets lead after we leave for work or school each day. Max, a terrier, has his favorite-pet status turned upside-down when his owner takes in a stray named Duke.

Storks used to deliver babies; they now deliver packages for a global Internet store. Junior, top delivery stork, is about to be promoted when he accidentally activates the Baby Making Machine, which produces an unauthorized baby girl! Desperately, Junior must deliver the bundle of joy before his boss finds out. Get ready for this wild, revealing journey that could make more than one family whole and restore the storks’ true mission in the world. 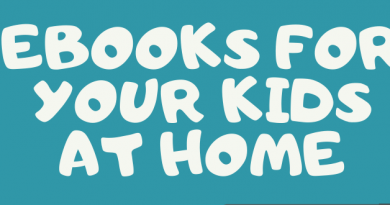 Mother Daughter Book Club: The Secret Hum of a Daisy