There’s a whole story box circulating our ten branches this season with books and activities about robots, so this is just a snippet!  The stories shared during this preschool storytime explored bad and good robots, robots who destroyed the world and robots who saved us, robots who find new friends, and robots who help out where needed… plus a robot that’s not a robot at all, but a monkey in a suit. 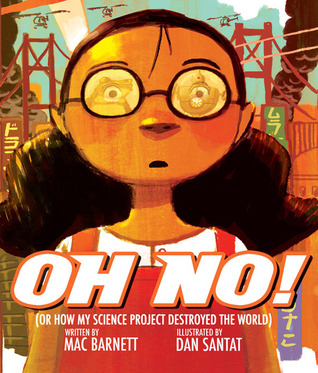 Oh No!, or How my science project destroyed the world by Mac Barnett; illustrated by Dan Santat:  After winning the science fair with the giant robot she has built, a little girl realizes that there is a major problem.

When Edgar Met Cecil by Kevin Luthardt:  A robot and an alien overcome obstacles to form an unlikely friendship. 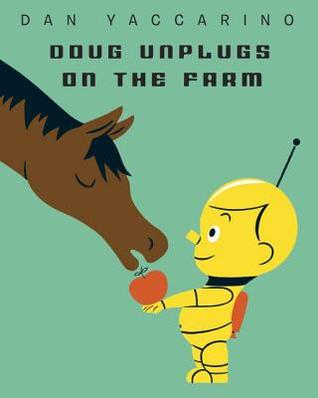 Doug Unplugs on the Farm by Dan Yaccarino:  Doug the robot takes a hands-on approach to learning about farm life when the family car gets stuck in a ditch on the way to visit the grandbots. 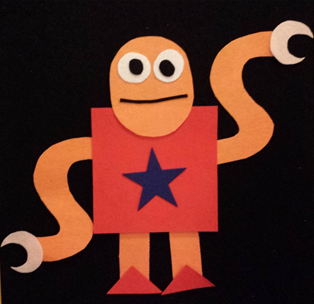 Name each shape as you place it on the board.

Then ask what shape can make a…

Press the button and the robot will start. 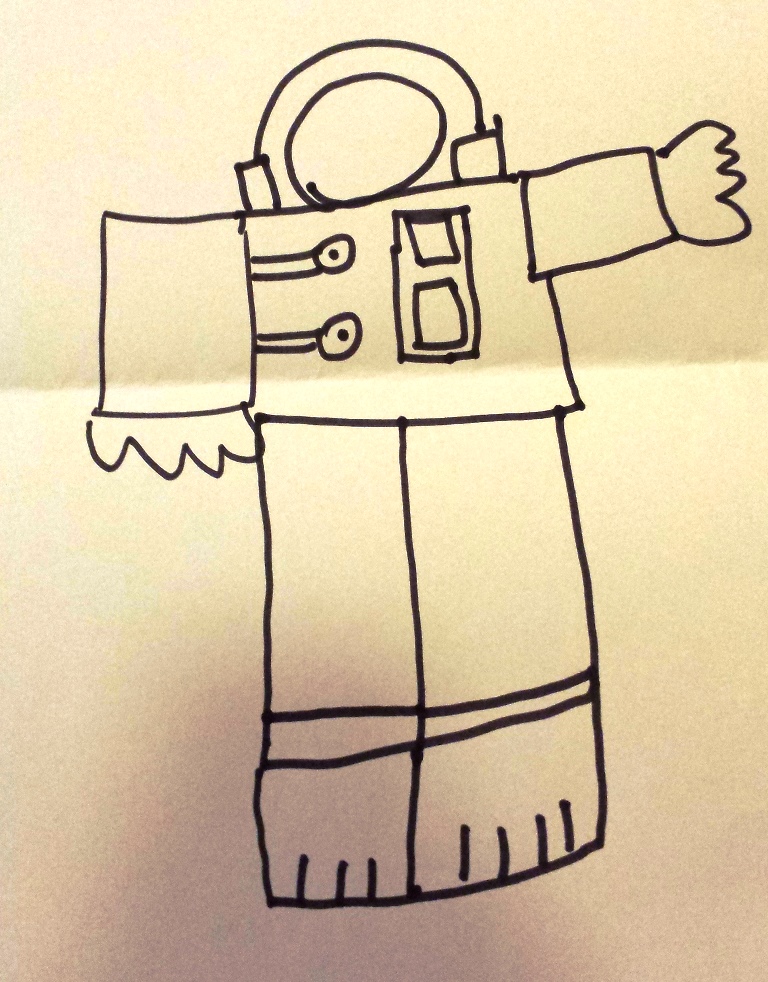 Okay, I have to admit that it’s not really a robot, but a spaceman (which many of kids guessed), but since I realized last minute I was missing a few pages from the actual draw-a-robot Draw & Tell, I had to go with something else in a pinch.  I like to think that this could also be a robot.

The story is about a space crew that crashes on Mars and explores the planet.

George learns a bit about robots and decides to build one of his own to entertain the dog. 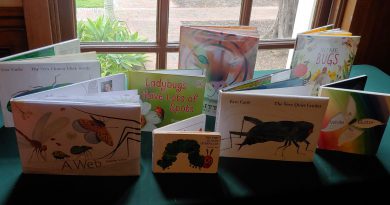 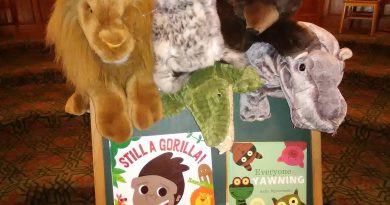