The theme of this year’s One City, One Story short story writing contest is depicting what being an American means to you, or what your family’s story is, whether your parents or grandparents may have immigrated here, or what your experience has been in this country. That’s a tough subject to write about! And since I decided to make that the topic for this month’s Kids’ Writing Workshop, I want to share a few great books that help to illustrate how some people have decided to tackle this subject in their own lives or in the lives of their fictional characters. 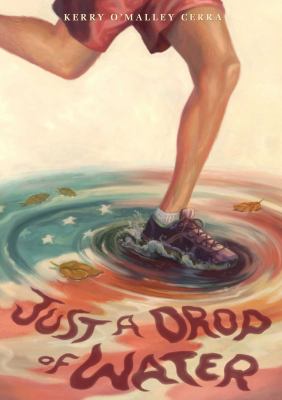 Just a Drop of Water by Kerry O’Malley Cerra (ages 9-13): The book starts out in the days leading up to September 11, 2001, and show how much life changes after that horrible day. Jake Green has always been jealous of Kevin Steiner’s running ability, but he feels horrible when he learns of how Kevin’s dad perished in the Pentagon attack without ever seeing Kevin run in a track meet. Jake’s best friend Sam is being picked on by a bully, targeted because he is Muslim and of Arab ethnic origin. But it’s even worse for Sam’s family: Sam’s dad is trying to work with the FBI to identify one of the hijackers, but the FBI are putting pressure on Sam’s family and think Sam’s dad was in cahoots with them. Jake looks around and sees people acting out in pain, sadness, grief, anger and unfortunately, bigotry, and through all this he has to try to figure out how to be his own idea of a hero and how best to defend his best friend. Highly recommended! 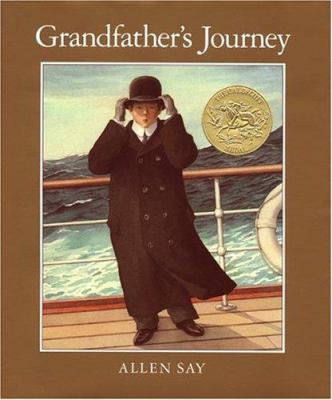 Grandfather’s Journey by Allen Say (for ages 6-10): A gorgeous picture book depicting the journey the author’s grandfather took, leaving Japan in the early 1900s and making a home in America, then going back and forth for a while, eventually returning to Japan for good while the Japanese were being discriminated against in the United States during World War II. Allen himself frequently spent time in both countries, and he writes:

The other thing about this book is you could take any one of the photos in the book and make it the starting point of a short story! If any of you are lost for ideas and decide to take one of those pictures and write a story out of it, do that! Make Say’s grandfather your grandfather. The library judges won’t know the difference. 🙂 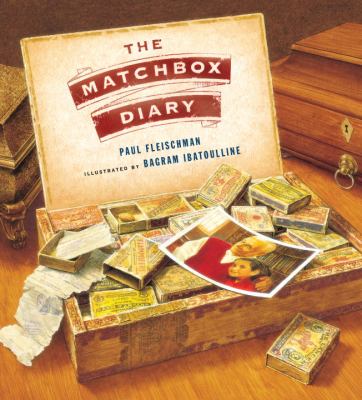 The Matchbox Diary by Paul Fleischman and illustrated by Bagram Ibatoulline (for ages 6-10): Another gorgeous picture book that takes on the story of an immigration in the early 1900s. This time, it is about an immigrant from Italy, who kept mementos of his journey in little matchboxes. The narrator tells his granddaughter about the long journey by ship, and the disparities between the wealthy immigrants and wealthy travelers, and the poor people like his family:

“Our ship left. We were in the bottom, where the motion was worst. People seasick, moaning. My sisters took me up on deck. You like that hairpin? When I found it, I looked up, and high above us were rich ladies in big hats on the upper decks. People said there was gold lying on the ground in America. I thought my mother and sisters would look like those women soon.”

The Other Side: How Kids Live in a California Latino Neighborhood by Kathleen Krull (for ages 8-12): This is a nonfiction book that includes interviews with real kids. One of them, Cinthya Guzman, writes about her family’s reasons for coming here and her own hopes for her future:

“He wanted us kids to have better chances for success,” Cinthya explains.
When her father suggested that the family move back to Tijuana to make Cinthya happier, even at age eight she understood why she didn’t really want to go. “Here is where I get a better chance for my future,” she says. She knows this partly because adults tell her, but she also knows it for herself. “Anyone can see that there are more jobs here,” she says, “and that the pay is higher. And in the future, I will want the best for my kids.” (p. 14)

Sometimes these books give you inspiration to write glowingly about what America offers its citizens in terms of freedom and prosperity. But not all American children have a positive experience of American prosperity. African Americans have had a horrible history of pain and suffering and being treated like non-humans. Even today, many feel like there is a separate America depending on whether you’re white or black. Indian (Native American) children grow up in poor reservations and sometimes feel angry about their history, as in the book One Nation, Many Tribes by Kathleen Krull (for ages 8-12): 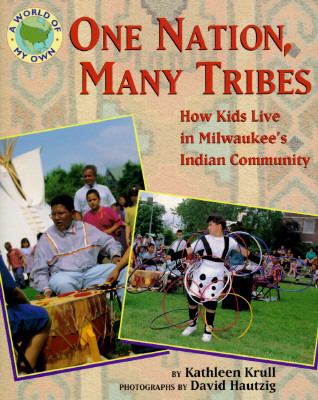 One Indian child named Shawnee Ford describes his experiences in the reservation school versus the public school:

In public schools, his experience was that the only time most kids read about Indians was at Thanksgiving. “Then the rest of the time we’re invisible or not considered really human,” he says.
“This school teaches us that we were here long before Columbus; he didn’t discover us,” says Shawnee. “When I first heard about Columbus’s ‘discovery,’ it made me mad. But there’s nothing I can do about it.” He feels the same way about the history of wars and broken treaties between whites and Indians. (p. 23)

And meanwhile, other books can remind us how extremely grateful we should be to have what we have in this country, especially when contemplating the millions in the world who are struggling to survive. 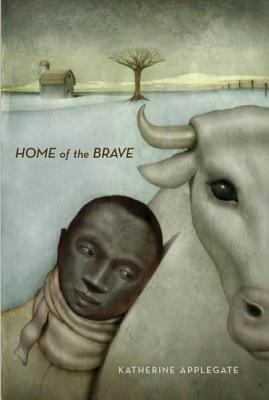 Home of the Brave by Katherine Applegate (for ages 10-13): This is a beautiful, highly recommended book written entirely in verse, from the perspective of a young boy who is a refugee of a war somewhere in Africa. He comes to live in cold, snowy Minnesota and has to learn English and get used to living in a place that is different beyond his wildest dreams. He often looks at the abundance he finds in American libraries and grocery stores, and his heart aches for the people he left in Africa who are poor and starving:

I went to a grocery store, though.
I started to–
I whisper the last word–
cry.

Ms. Hernandez pats my hand.
It’s just too much sometimes, isn’t it?
When you had almost nothing.
And when you know that many people
still have so little.

Which of the above stories appeals most to you? As writers, we have to read all kinds of stories, but we can choose to emulate the ones that meant the most to us. Do any of these stories resonate with you or your American experience?

Here are some additional writing prompts you can try:

If you descend from immigrants, try to imagine what the first few months of their lives was like. Put yourself in their shoes and consider everything they might have been going through. Was life easy for them, or was it a struggle? Did they have to learn English? Did they have difficulty finding jobs? Write a story about them overcoming one such difficulty.

If your family has been here for many generations, what kinds of historical experiences have your family lived through? Did any of them have to fight in a war? Did any of them lose a son or a brother to a war? Which historical period do you think was the hardest for your family? (Remember: good stories have conflict and hardship! Try to mine your family history for pain and struggle. Nobody wants to read about someone whose life is so easy they never have to lift a finger or take a risk!!)

Were your ancestors brought here on ships or were they Indians living here a thousand years or more? Were they pilgrims escaping religious persecution? Were they slaves, brought against their will?

If you feel your family has been lucky and has enjoyed the fruits of American liberty, what has freedom meant to them and to you? What price has your family had to pay for it? (Freedom is never “free”…)

Have you ever visited another country? What did the people think of you there? What do they think of Americans?

The amazing thing about this country is that there are so many diverse cultures and ethnicities coming together in the same place, and each person will have their own perspective on what America is as a result. What is America to you?

“The Ghosts in the Cemetery” — story by Sienna Ng