Today’s Infant Storytime was about the grasslands or savanna, and we started out by putting together circles, rectangles, diamonds, triangles and hearts to make these animals from the savannas of Africa: 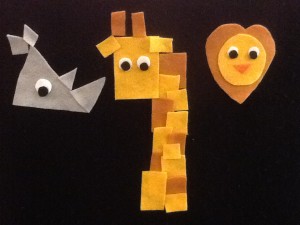 We guessed at the animals hiding in my “I Spy” box and then read a book about an animal that lives in the savannas of Australia: the kangaroo! David Ezra Stein is one of my favorite authors for very young children. Pouch! is about a kangaroo who ventures outside of his mother’s pouch to see the world, but quickly jumps back in every time he sees a new animal, until one day he sees an animal that looks just like him. 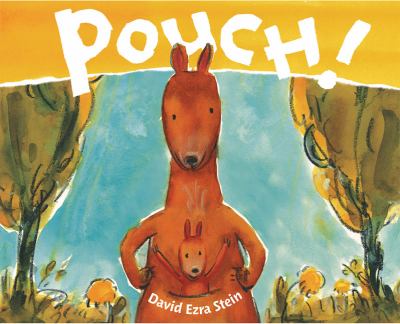 Then we sang a bouncy song about being a kangaroo baby:

We played a game with the flannelboard, looking under various brightly colored hats for a meerkat: 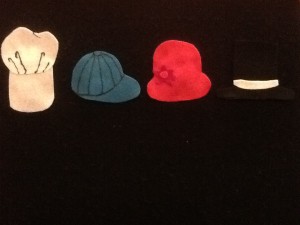 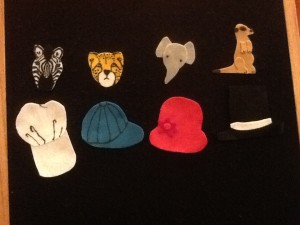 Meerkat, meerkat,
Are you under the blue hat?
No… It’s a zebra!

Meerkat, meerkat,
Are you under the white hat?
(continue until you find the meerkat)

We learned a new song to the same tune as our bouncy song:

Do you stand very still
Or jump like a kangaroo?…
(from http://wiki.kcls.org/index.php/Are_You_Small_Like_a_Mouse%3F)

Then we bounced to Ladies Ride, and read another book. Hide and Seek Harry Around the House is a funny board book by Kenny Harrison about a hippo who is always far too easy to find! 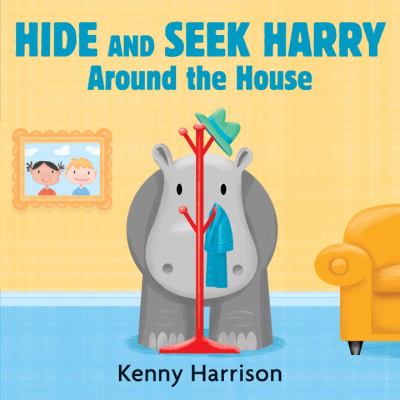 We did a counting activity on the flannelboard with five little lions: 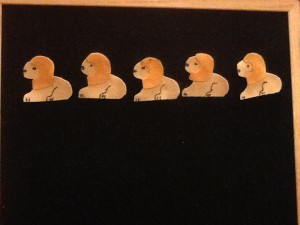 We brought out our puppets for some more furry fun, and sang a song to the tune of “Do You Know the Muffin Man?”:

Hope everybody had a fun time and I’ll see you all next week! 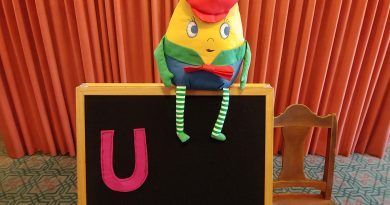