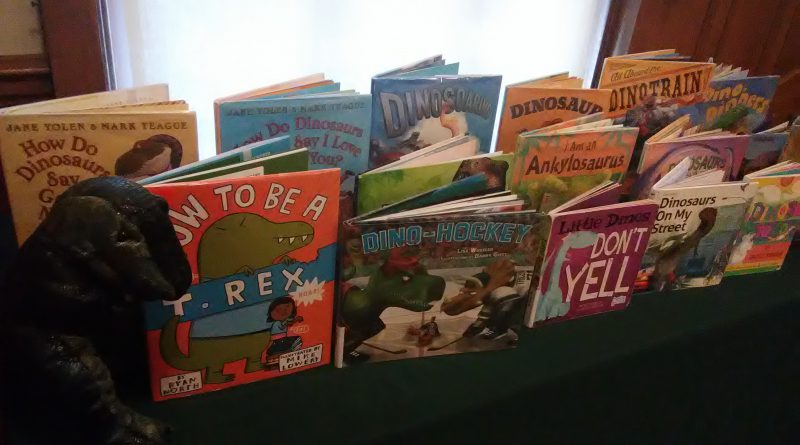 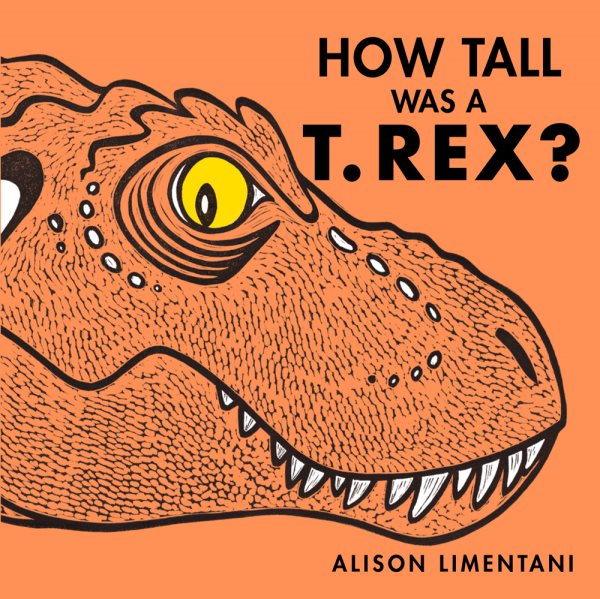 In How Tall Was a T. Rex? by Alison Limentani we learn all kinds of facts about dinosaurs in a very visual way, with analogies that kids can grasp easily. How to Be a T. Rex by Ryan North and Mike Lowery is about a girl who feels too invisible, and decides to become a T. Rex–and it’s AWESOME. But she finds out there is an even better way, being a “hybrid human/T. Rex” that can roar when she needs to and respect others’ feelings too. 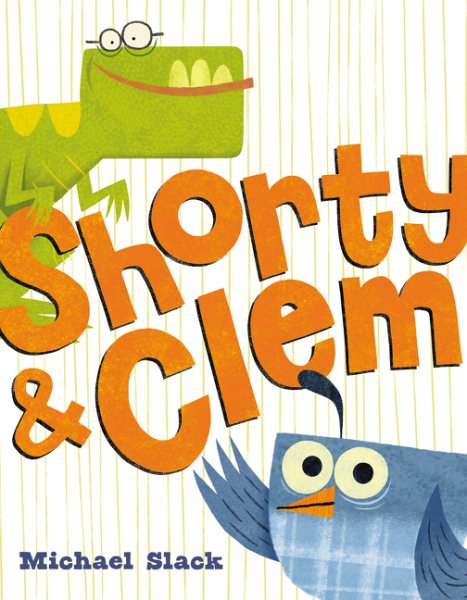 In Shorty & Clem by Michael Slack, Shorty finds a box addressed to Clem and knows she shouldn’t open it… But she’s just so excited imagining all the different things it could be! Jumping on it isn’t going to hurt, is it? 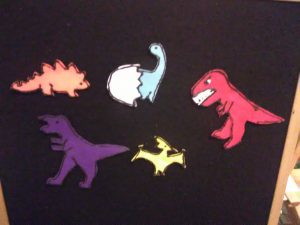 Here he comes just a swinging his tail singing…
Eating the plants, like spinach and kale, singing…

We watched Sesame Street: Dinosaurs today, an episode about Elmo, Abby and Telly being turned into dinosaurs by the Dinosaur Fairy. It got a lot of laughs! I started showing it right after the song they sing called “Doing the Dinosaur,” up until the point they get sleepy and rest on some rocks.

Want more stories about dinosaurs? Check these out at your Pasadena Public Library branch: 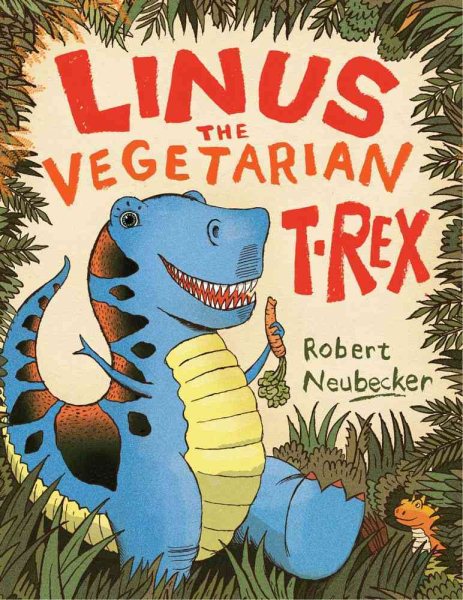