On May 19, 2017, kids came to the Pasadena Public Library to make wind turbines that would generate electricity by turning the shaft of a hobby motor. We were inspired by a project we found at https://www.exploratorium.edu/snacks/light-wind. The goal was to use the motors in reverse–instead of the electricity making the shaft turn, the turning would make electricity! We hoped to produce enough energy to light an LED bulb attached to the motor.

It didn’t work out that way, but we still made a great science lesson of it. I provided several different motors, but every time I tested them myself, I could not get the LED light bulb to come on. One kind of motor I got at Fry’s was just too strong to turn in the wind. It probably would have needed blades several feet long and a floor fan wasn’t going to produce enough wind. The other kind turned easily, but didn’t generate quite enough voltage.

(One of the kids accurately noted: “Don’t you need more energy to operate the fan than you are generating with the motor?” Yes, you do… But it’s not like the real wind turbines capture ALL of the energy in the wind–they capture what they can!)

So we had to compromise. I got a digital multimeter at Fry’s, and with it we were able to get a better look at what kind of electrical output we were getting. We made blades attached to popsicle sticks which our library building & maintenance guy drilled holes into to fit the motor shaft. We made the blades out of paper cups and shaped them to be curved to pick up the wind and also allow some wind to pass over them–this creates the movement you need to turn the shaft.

Check out the video!

According to the multimeter, we only got between .2 and .3 V, but I tested the project the day before and was getting .5V. Definitely not enough for a light bulb, but still something.

Kids still learned a lot about electricity, energy and wind power! Here are the slides with the science information I presented:

We’ll have another hands-on science program at the library on August 8th at 4:30 pm. The subject is still to be determined. It has been advertised as “Make a Wind Generator” but it’s going to be something else. You will be able to call 626-744-4066 option 4 to sign up. 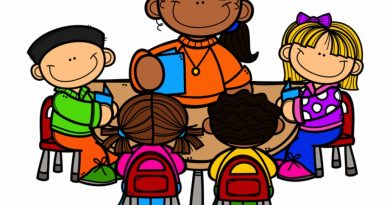