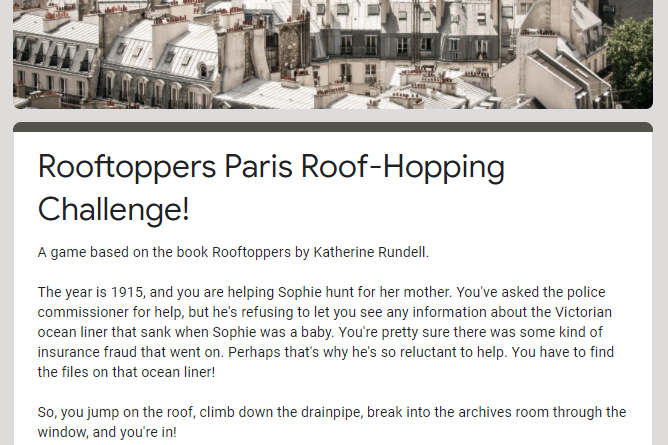 For today’s Read Around the World Book Club meeting, we discussed the book Rooftoppers by Katherine Rundell, set in Paris, France in the early 20th century. (Note: some reviewers say the book is set in the “Victorian era” but that’s INCORRECT. Faure’s Requiem wasn’t finished until around 1890, and had to have become popular over time, many years before Sophie was born, because that piece of music plays an important role in her life!)

I think this was one of the most popular books we did this year. It is so well written and full of heart, with wonderful characters, and it tells such a great adventure tale with a mystery to solve.

And that adventure aspect gave me a lot of ideas for activities!

First, we watched some amazing Parkour players run along the rooftops of Paris.

Then I showed  a tour of the city in summer, while individually we each worked on a puzzle challenge I created just for our group. It incorporates things from the story and it does include spoilers, so I strongly recommend you read the book before you undertake the challenge! 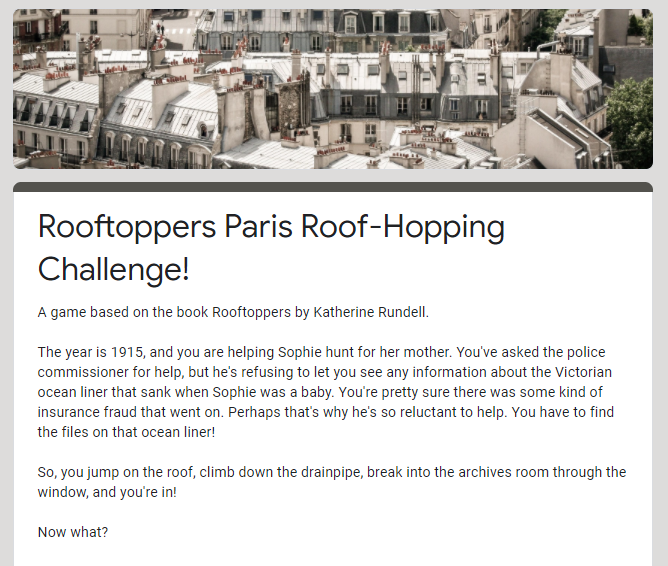 The game was a lot of fun, and was a bit like an online escape room. I told the kids I’d try to do this again for future book club meetings.

Our next book to read is The Emperor’s Riddle by Kat Zhang. We’ll be discussing it on Friday, March 14. I’ll do another puzzle/challenge, since that was fun! See you soon! 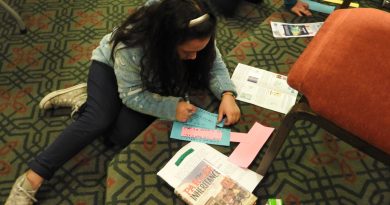 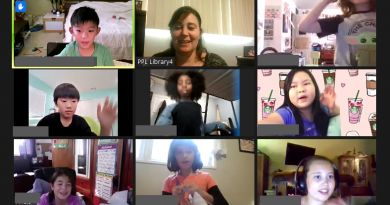 Read Around the World Visits Thailand