In a little teepee, images of ice cream and donuts floated into the heavy night air. Magical wooden hoops of bent Willow branches, covered in a net of natural fibers and ornamented with owl feathers and beads, dangled over sleeping children. These Dreamcatchers are used as a talisman against nightmares.

The Ojibwe tribe, previously known as the Chippewa, created the Dreamcatchers in 1929. Afterwards, Dreamcatchers became popular among other cultures. Asabikeshiinh, meaning “spider,” is the Ojibwe word for Dreamcatcher. Though other cultures viewed spiders as disturbing, the Ojibwe people considered spiders to be symbols of safety and comfort. It’s believed that Dreamcatchers were originated from Asibikaashi, who is known as the “Spider Woman.” The legend said that Asibikaashi took care of the people on Earth. Old Ojibwe storytellers narrate how Asibikaashi helped Wanabozhoo, a spirit, bring the sun back to the people. As the Ojibwe people scattered across the land, Asibikaashi had a very difficult time going to each cradle. Thus, the mothers, sisters, and grandmothers took up the practice of weaving the magical webs for the new babies.

Besides the Ojibwe legend, the Lakota people have their own legend with Iktomi, a trickster god, who appeared in the form of a spider. To the Lakotas, Dreamcatchers represented a fabric of life that separates the good and the bad in the world. Like a spider web, Dreamcatchers trapped bad dreams while permitting good dreams to pass through. Dreamcatchers are in the shape of a circle like the sun that rotates each day.

Among many indigenous cultures, Dreamcatchers represented a symbol of unity. They are part of the Native American identity and a tradition that honored the culture of the Ojibwe people. Today, these sacred artifacts continue to protect children from bad dreams.

Getting your stories published 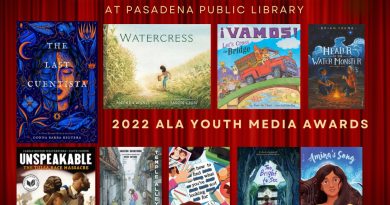