Today’s Toddler Storytime was about polar animals in the Arctic and Antarctic regions! We welcomed a few new families from the waitlist, hooray! We started storytime with another picture made out of shapes. They are a walrus, a penguin, an arctic fox and a polar bear: 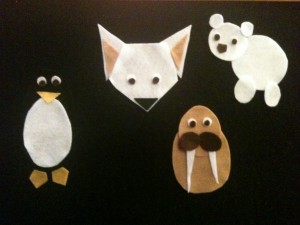 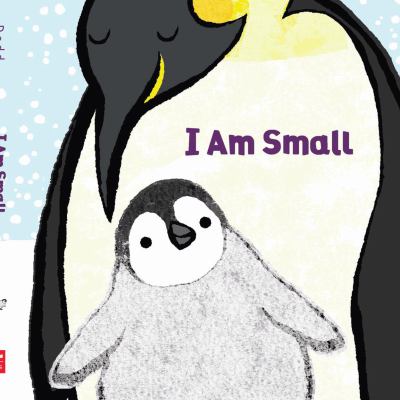 Five little penguins had such a great time.
And that’s all the penguins there are in this rhyme!
(adapted from http://sethers.us/2011/08/19/flannelfriday-five-little-penguins/.)

We played a game where we tried to guess what puppet was hiding and peeping through a hole I cut out of a cardboard box. I made this craft simple on purpose to illustrate how easy it is to do at home! You could take your toddler’s stuffed animals and play peek-a-boo with them. (This was inspired by a video at https://www.youtube.com/watch?v=yxjs5MJ2dPs.) 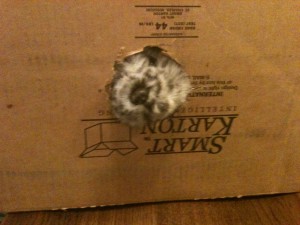 Then we sang a new movement song called “I Wish I Were a Walrus”:

To introduce the next book and help everybody get quiet and ready, I brought out our Folkmanis Snow Leopard puppet and said a little rhyme: 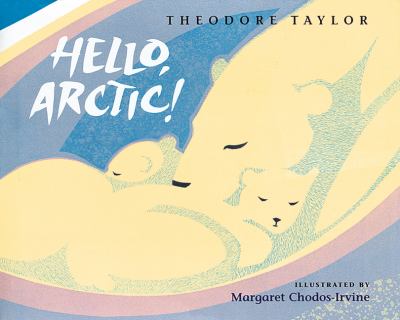 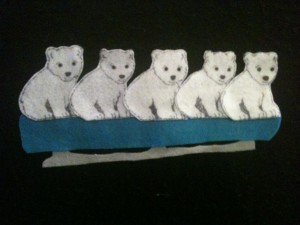 We sang an old song I used to sing when I was a kid: “Percy the Pale-Faced Polar Bear”:

Way up in the land of the ice and snow (point up high)
where the temperature drops to forty below (point down low)
Who’s the friendliest one up there?
Percy the Pale-Faced Polar Bear! (draw a “P” for Percy, run a hand twice over your face for “pale-faced” and scratch your pretend thick “bear fur” for “polar bear.” These are sort of based on ASL symbols… but only sort of.)

He sleeps all day (pretend to sleep)
and then at night catches some fish by the pale moonlight (reach a paw to catch fish)
Has no worries, has no cares
Percy the Pale-Faced Polar Bear!

Then one day a hunter came (clap a hand to your forehead and “hunt”)
Caught poor Percy by the snout! (grab your child’s nose!)
Put him in a great big cage (make a square shape)
Percy howled and he growled (show those bear claws!)
But he couldn’t get out!

We watched another video from Bert and Ernie’s Great Adventures, this time the one called “Penguins.”

Everybody did a great job today. I really want to emphasize what a joy it is to see all of your children grow and learn! And I hope nobody felt discouraged by my talk at the beginning today. For those who weren’t there, basically I suggested we all try to set a broad goal for the next five weeks to sit still for the stories. I do mean it as a “goal” more than a hard-and-fast rule–just something to aim for. If it doesn’t always happen, that’s okay. They are toddlers, after all! Gentle encouragement and patient persistence is all that’s really required, and even then, sometimes toddlers won’t let go of whatever it is they would rather do! So if one day is too hard for them, just try again next time. I think they all did very well today and deserve a big pat on the back!

See you next week! 🙂 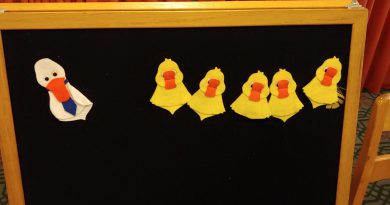 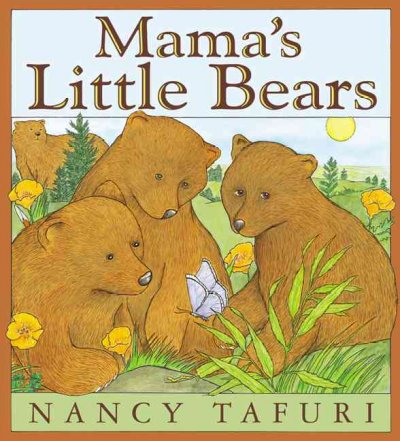