Our first Toddler Storytime of Winter session was all about the desert. First we learned about shapes and put together a desert scene: 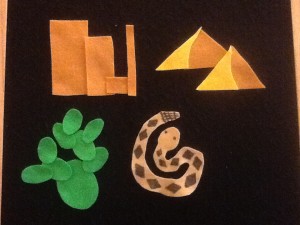 We sang a song about a rattlesnake, to the tune of Twinkle Twinkle:

Why do you rattle?

Do you wish I’d go away

Or do you want a battle?

You’re ready for a fight

And if I stay

I think I know:

If you rattle, I think I’ll go!

We read a book called The Seed and the Giant Saguaro by Jennifer Ward and illustrated by Mike K. Rangner. It was a bit long for toddlers. It had rich vocabulary and beautiful illustrations, but might have been better abridged. Lesson learned! Then we sang Open Shut Them, opening and closing our hands:

Place them on your lap, lap, lap

Open wide your little mouth, but…

DO NOT LET THEM IN! 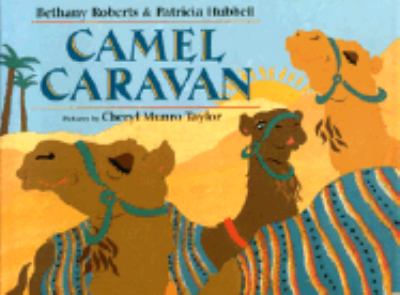 We sang “Alice the Camel,” and counted all her humps: 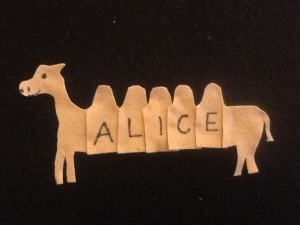 (take one hump away)

Alice the Camel has four humps…

Alice the Camel has three humps…

Alice the Camel has two humps…

Alice the Camel has one hump…

Alice the Camel has no humps… because Alice is a horse! 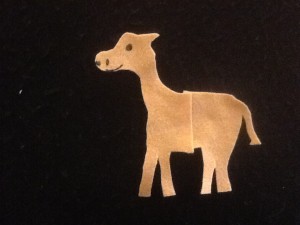 I made a song cube for us to toss to pick a traditional movement song. I’ll try to give different kids a chance to toss it each week! 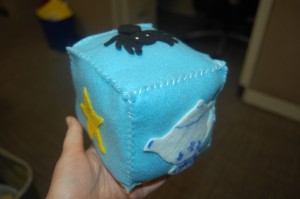 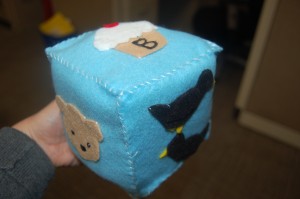 We watched a video from the Between The Lions: Animal Stories! DVD. It was a story called “The Coyote and the Rabbit,” based on an old folktale.

We have a goodbye song called “Goodbye Friends”–it’s to the tune of “Goodnight Ladies”:

This is probably the most thorough I’ll get with these weekly posts, but I just want to make sure everybody who’s new to storytime has the lyrics I use. Can’t wait to sing, talk, read and play with you all again next week! 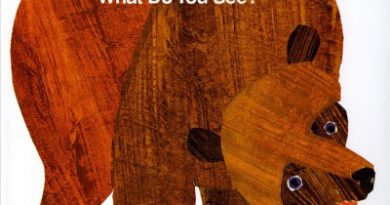