The theme for Toddler Storytime on May 5th was DINOSAURS!

Our library T-Rex, Mr. T, joined us as well – he looks scary but his ROAR is worse than his BITE!

For a printable list of ALL the songs, & action rhymes we shared, click here:  TODDLER – Songs-Rhymes – Dinosaurs 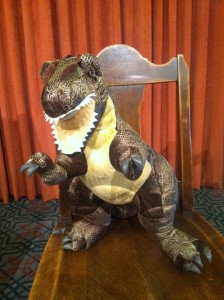 Below are some of the stories & activities we explored: 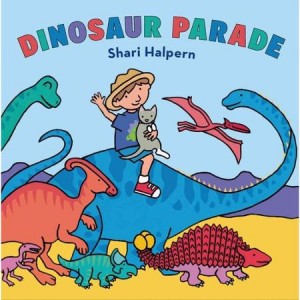 Shari Halpern’s Dinosaur Parade delighted the toddlers.  It begins with a young boy sitting on the floor, surveying his dinosaur toy collection which he turns into a DINOSAUR PARADE!  True-to-life , stunning illustrations along with dinosaur identification and a rhyming pattern make this book great for reading aloud and for sharing one-on-one.  If your toddler loves dinosaurs she/he will squeal with delight (many of the toddlers in storytime did).  Even if dinosaurs aren’t a favorite, the writing and the visuals will draw your child in.  I will definitely keep this book in mind for future dinosaur-themed storytimes! 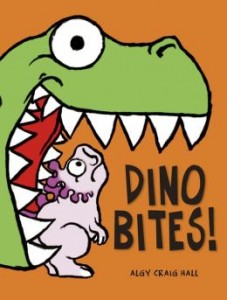 Dino Bites by Algy Craig Hall was also a “fan” favorite.  Oh my…each dino-bite gets a bit smaller as we move from an enormous dinosaur predator to a snack-size predator.  Seems like this book might not have a happy ending but some tummy rumbling after a BIG meal causes a dinosaur BURRRRRP and let’s just say “lunch”…”snack”…and “bite” come flying out!  Algy Craig Hall has created a masterful picture book for infants and toddlers alike…the stunning visuals, the suspense and the funny ending makes this a great read aloud.  I’ve never had such a rapt audience of wee ones.

OUR FLANNEL BOARD STORIES:

The first one said, “I eat things that are green!”

The second one said, “I hatched from an egg.”

The third one said, “I have big, strong legs.”

The fourth one said, “I can fly through the air.”

The fifth one said, “I give everyone a scare!”

And the five fierce dinosaurs ran away! 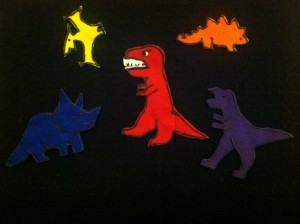 Where are You Hiding Dinosaur??? 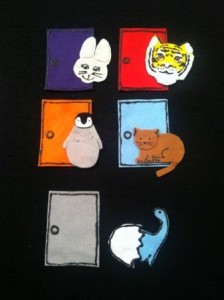 Dinosaur, dinosaur, are you hiding behind the…

Well our dinosaur was hiding behind the grey door, but boy we found some interesting creatures behind the other doors!

OUR DVD:  How Do Dinosaurs Say Goodnight? 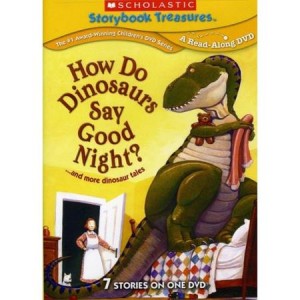 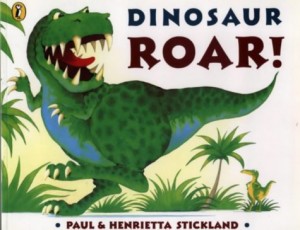 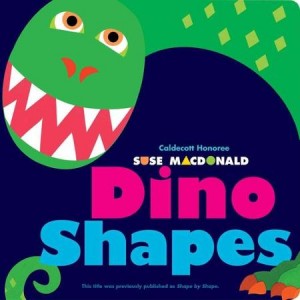 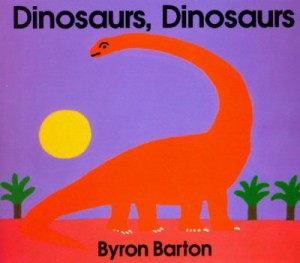 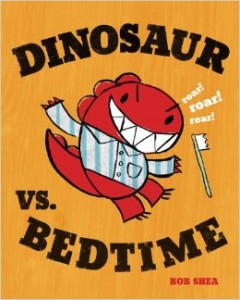 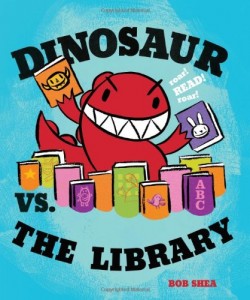 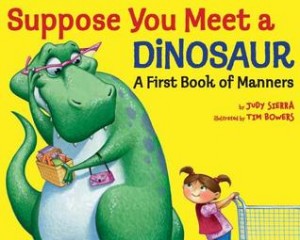 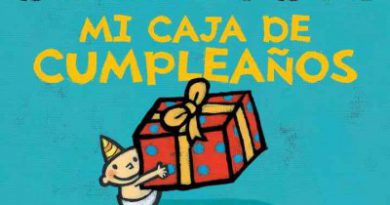