[It was ALL about Halloween during today’s storytime – pumpkins, ghosts, monsters & witches came out of the woodwork.  Here are some of the books, action rhymes & flannel/prop stories we shared:

Clap Everybody and Say Hello! 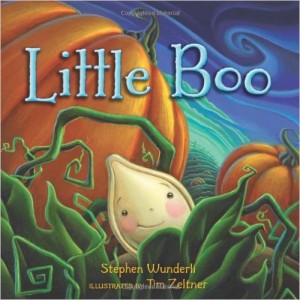 Little Boo wants more than anything in the whole wide world to be SCARY.  When her story begins she is nothing more than a tiny seed and nobody is afraid of her.   The wind keeps telling  her to be patient, that her time will come, but you see her struggle as she goes from a seed to a growing vine, to a plant and finally to a beautiful, round pumpkin.  She even yells BOO to try and scare the hands that pick her up out of the ground, but it isn’t until those hands carve her into a spooky Jack-0-Lantern that she is able to scare EVERYBODY with her loud BOOS.  A great story for Halloween and a wonderful lesson about growing up and being patient.

The first one said, “Oh, my it’s getting late!”

The second one said, “There are witches in the air.”

The third one said, “But we don’t care.”

The fifth one said, “I’m ready for some fun!”

Ooooooooo went the wind and OUT (clap) went the lights

And the five little pumpkins rolled out of sight. (roll hands)

This interactive book involves a guessing game and some really cool Halloween costumes…  “It’s Halloween night and the moon shines bright…”   What will all of the costumed kids be doing tonight?  Yelling:  “Trick or Treat!” 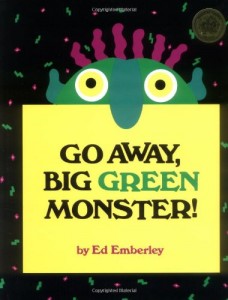 We’re not scared of you BIG GREEN MONSTER!  This book is always a hit – the visuals are stunning and the strategic cutouts reveal the monster with each turn of the page…of course, when we want the monster to go away, we can take apart his face bit by bit until (at the very end) there is nothing left but a blank page.  A great Halloween monster read that appeals to a broad age range. 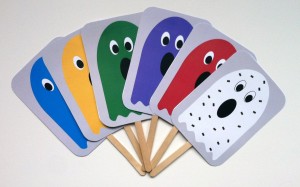 There’s a family of little ghosts who should only eat things that are white.

But when Mama Ghost goes out to run errands, the hungry little ghosts eat strawberries, broccoli, blueberries, grapes, and drink some lemonade.  The last little ghost eats a whole tub of chocolate chip ice cream (because it’s mostly white…obviously.)  When Mama Ghost gets home, she finds that all of her little ghosts are colorful!

[When the first ghost eats strawberries, FLIP her over, red-side facing the audience. Continue with the rest of the ghosts.]

Participation: Ask your audience what color each ghost will turn as they eat the different foods.  You’ll get confusion and then giggles when the last ghost turns chocolate-chip-colored!

Mama Ghost gives each one a nice, tall glass of milk and sends them off to bed to rest…. and sure enough, the next morning they were all ready to say “Boo!” on Halloween.

[At the end of the story, FLIP them all back over, white-side facing audience at the end.] 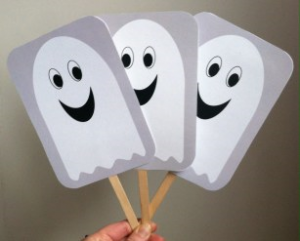 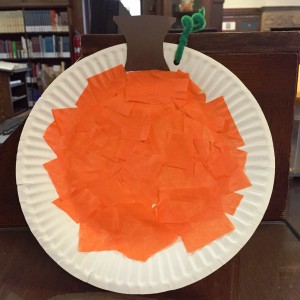 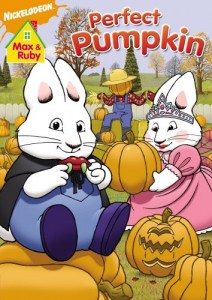 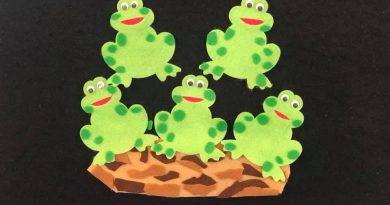