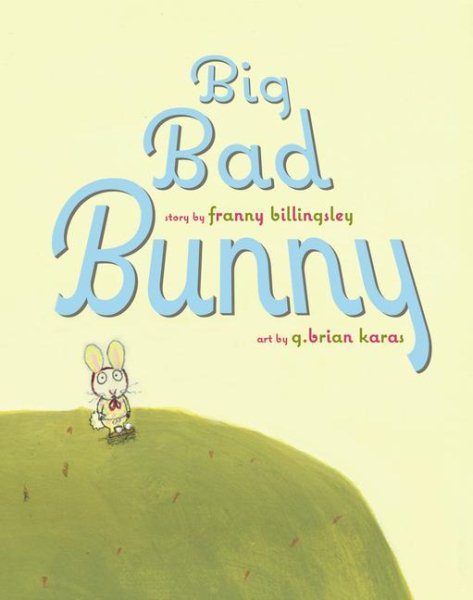 Big Bad Bunny by Franny Billingsley — This book starts out a bit odd because it almost seems there are two separate stories. There’s this fearsome “Big Bad Bunny” character we follow through the forest as he goes scritch with his claws and ka-splash with his feet, but far away in a quiet mouse house, a mother is putting her baby mice to bed. But where is her Baby Boo-Boo? And who is this “Big Bad Bunny” howling like a hundred hungry hyenas? Duck! Rabbit! by Amy Krouse Rosenthal and illustrated by Tom Lichtenheld — I used a duck puppet for this story and he argued with me about whether the picture we were looking at was of a duck or a rabbit. A little girl was inspired to try putting on a similar puppet show with the book and her own duck doll at home!

Ready Rabbit Gets Ready by Brenna Maloney — This book has very creative photo illustrations featuring a knitted bunny and adorable dollhouse type objects. He tries to get ready for school and knows that that’s important, but so is riding his imaginary motorcycle and saving imaginary whales in imaginary danger! 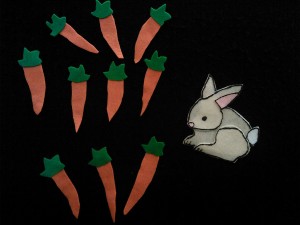 And now he’s gonna eat them, and it’s: 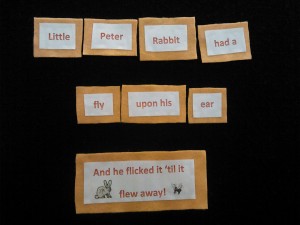 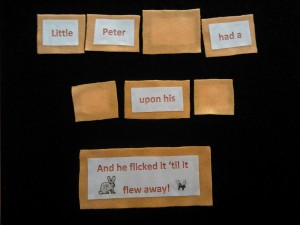 (This is an old song you sing to the tune of “Battle Hymn of the Republic.” Each time you sing, take one word away and try to remember not to sing that word!)

Songs We Sang With CD 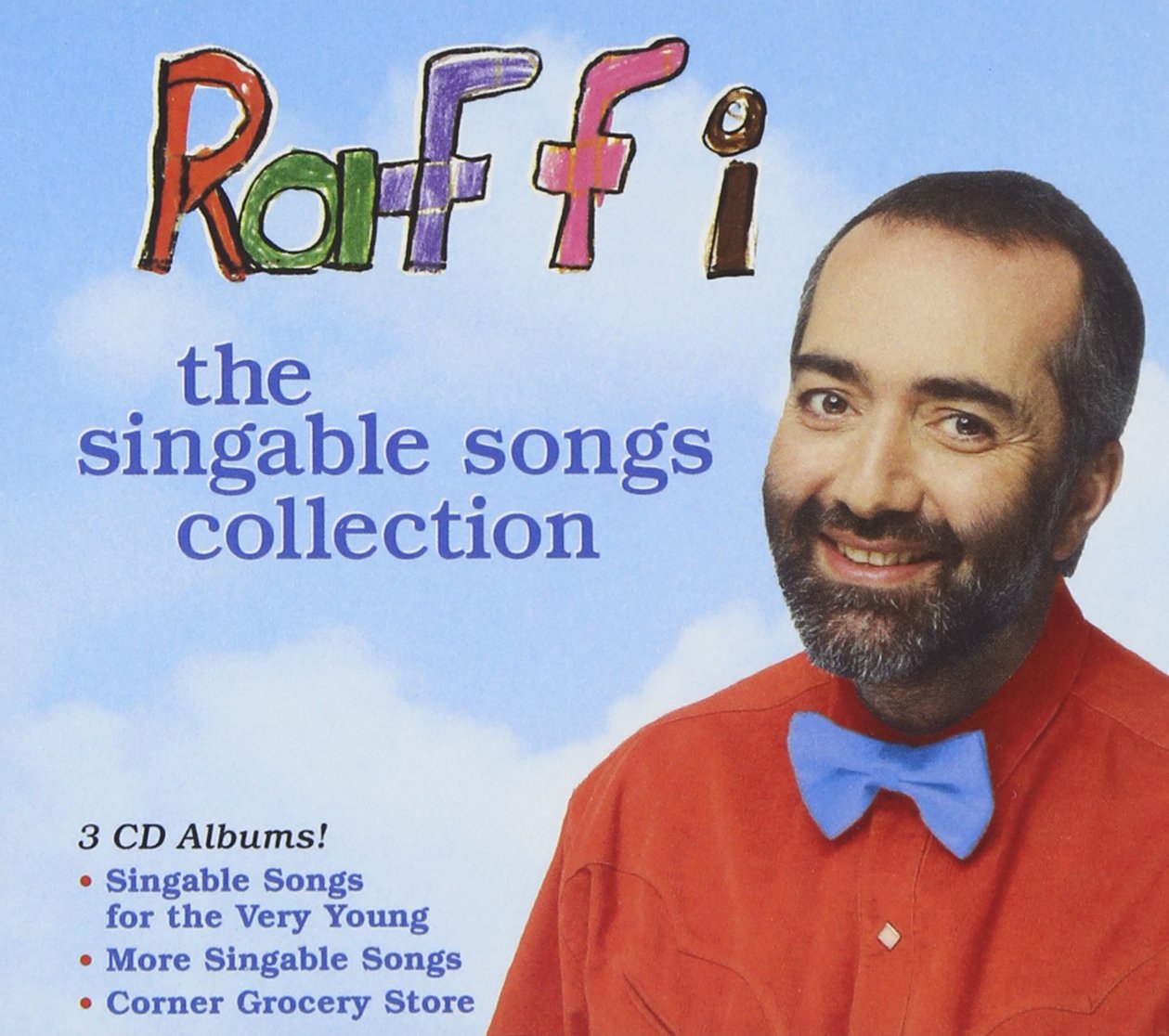 “Shake my Sillies Out” from The Singable Songs Collection by Raffi

“Row, Row, Row Your Boat” from Songs for Wiggleworms by the Old Town School of Folk Music

“Max and the Easter Bunny” from Easter with Max and Ruby

Bunnies!!! by Kevan Atteberry – A monster searches everywhere to find the things he loves: bunnies!

Use Your Imagination by Nicola O’Byrne –
Rabbit is bored. What shall he do? Luckily, Wolf has the perfect solution. “Why not write a story?” he suggests. And so Wolf teaches Rabbit to use his imagination to create the perfect story with lots of exciting props and interesting characters. What a kind and helpful wolf! Rabbit is desperate to know what happens when it suddenly becomes clear that Wolf is very hungry — uh-oh, so that’s how the story ends. But Wolf hasn’t reckoned on Rabbit’s brilliant imagination.

Bunny Fun by Sarah Weeks – A lively young rabbit finds many ways to have fun–and cause havoc–on a rainy day. 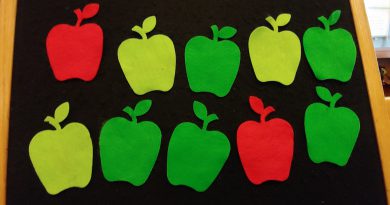