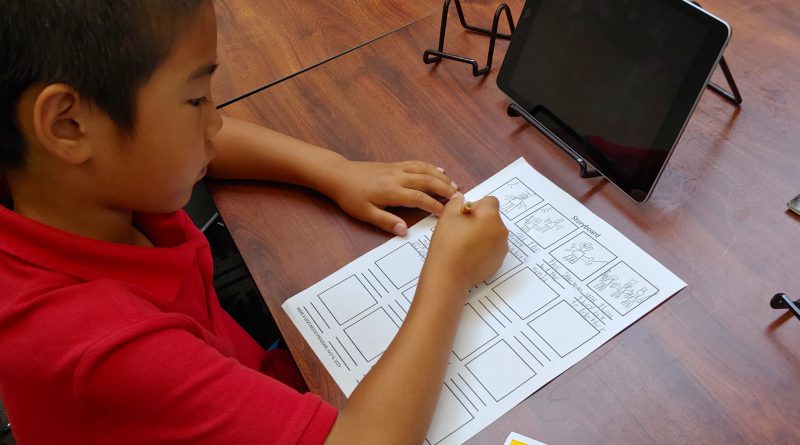 Last week we held another LEGO Stop-Motion animation workshop in our Central Library in the fourth floor studio–this time for kids 5-8 years old. 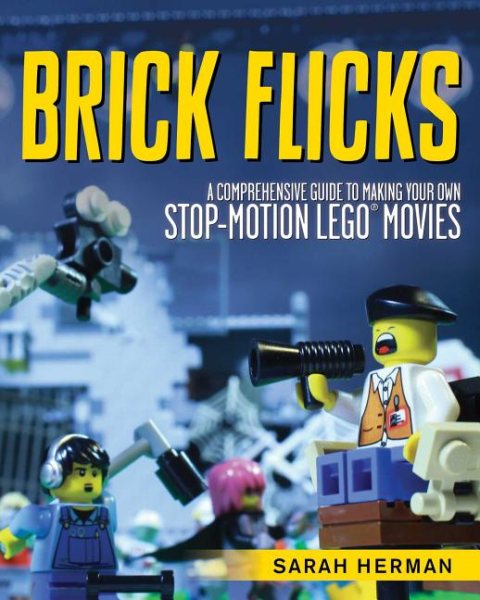 I found some LEGO shorts online that I showed the kids:

1) Creepers Part 1
(creator used clear LEGO bricks to make it look like the animals are bobbing up and down when they walk)
2) LEGO Hulk Shopping Fail
(creator moves Hulk’s head up and down to show laughter)
3) Ship in a Bottle
(shows anticipation and anti-gravity techniques)
4) The Magic Portal
(a film from 1989 which used a very wide variety of different camera angles and shots)
5) The Escape
(made here at Pasadena Library in a teen program–the creator used a few different cool methods to show someone jumping high or swimming, which we talked about)

Rude — Made this short at home using Stop Motion Studio

Game Over, Hulk — Made this short at home using Stop Motion Studio Pro. Other than sound effects, there are no voices or sound recordings in this video. I did that on purpose so that I could show everyone how to record their voice during class. (And this time, it worked!)

I created a Storyboard sheet: 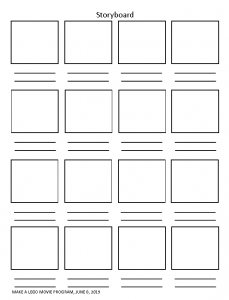 And this slideshow presentation:

I had a book display of LEGO books, and set out our LEGOs, which the library had purchased with the Play @ PPL grant. I had the fourth floor room set up with tables and chairs. I brought over a lot of book stands, the kinds we use for displaying books, because they’re perfect for holding an iPad steady!

Since some kids arrived early, they got to watch ten minutes of The Magic Portal by Lindsay Fleay. They sat in front of the TV screens first. Then they got to line up by the LEGOs and select just two minifigures, and go to the tables to work on their storyboards. This gave everyone a chance to get a superhero minifigure they liked without any one kid hogging all the superheroes, for example. (But with this younger group, choosing minifigures took a little too long. I think next time I need to wrap two lines around the table, like at a salad bar, to keep things moving.)

The kids did very good storyboards, and I think the act of writing down some ideas and drawing stick-men pictures helped them to get their creative juices flowing. Some were very short, others had a lot of dialogue or notes in their storyboards.

After about 15 minutes working on storyboards, kids were allowed to start filming. I did buy more flat LEGO platforms for making floors and walls, because there weren’t quite enough of these last time to satisfy everyone (and there were STILL a few kids who didn’t get one because I simply can’t overstate how quickly these platforms go! If you’re going to do a LEGO program of some kind, make sure you have a ton of those flat sheets!). But the kids had a BLAST shooting their videos and parents helped them and got creative too.

We showed each child’s LEGO movie to applause from parents and kids! It took a while to download the videos from each iPad and upload them to YouTube. I’ve now uploaded all the videos from the iPads to YouTube and here they are below. For some videos, I slowed the speed a little bit so that the viewer can see what’s going on or read the words a bit easier, though I was hesitant to make any big changes to anyone’s film.

I was so proud of what these kids did! Before class I wasn’t sure if this younger group would be able to handle some of the challenges of stop motion, but they did great! They got really creative with the whole project. Some of them also created little speech bubbles with paper, or recorded their voices. Some of them used audio sound effects from the app to great effect. A lot of kids and parents got creative with letting us view the LEGOs at different angles. And their storytelling was so cool! I was glad to see that they grasped what you can and can’t do in a ten-second short, and most of them were able to present a short story with basically a beginning, middle and end.

I got a few videos sent to me by parents after their child had a chance to work on it some more, and some children went home and created all new videos! This one is a new LEGO movie that a child created with his friend a few days later:

Love the action and the sound effects! Very exciting!

I hope you all will join us for our LEGO Showcase Day on July 20 at 2 pm in the Central Library Studio on 4th. This will be the showcase and judging for our Design Your Own LEGO Contest. Come to the library and lend your voice to help us choose who will get the People’s Choice Award! 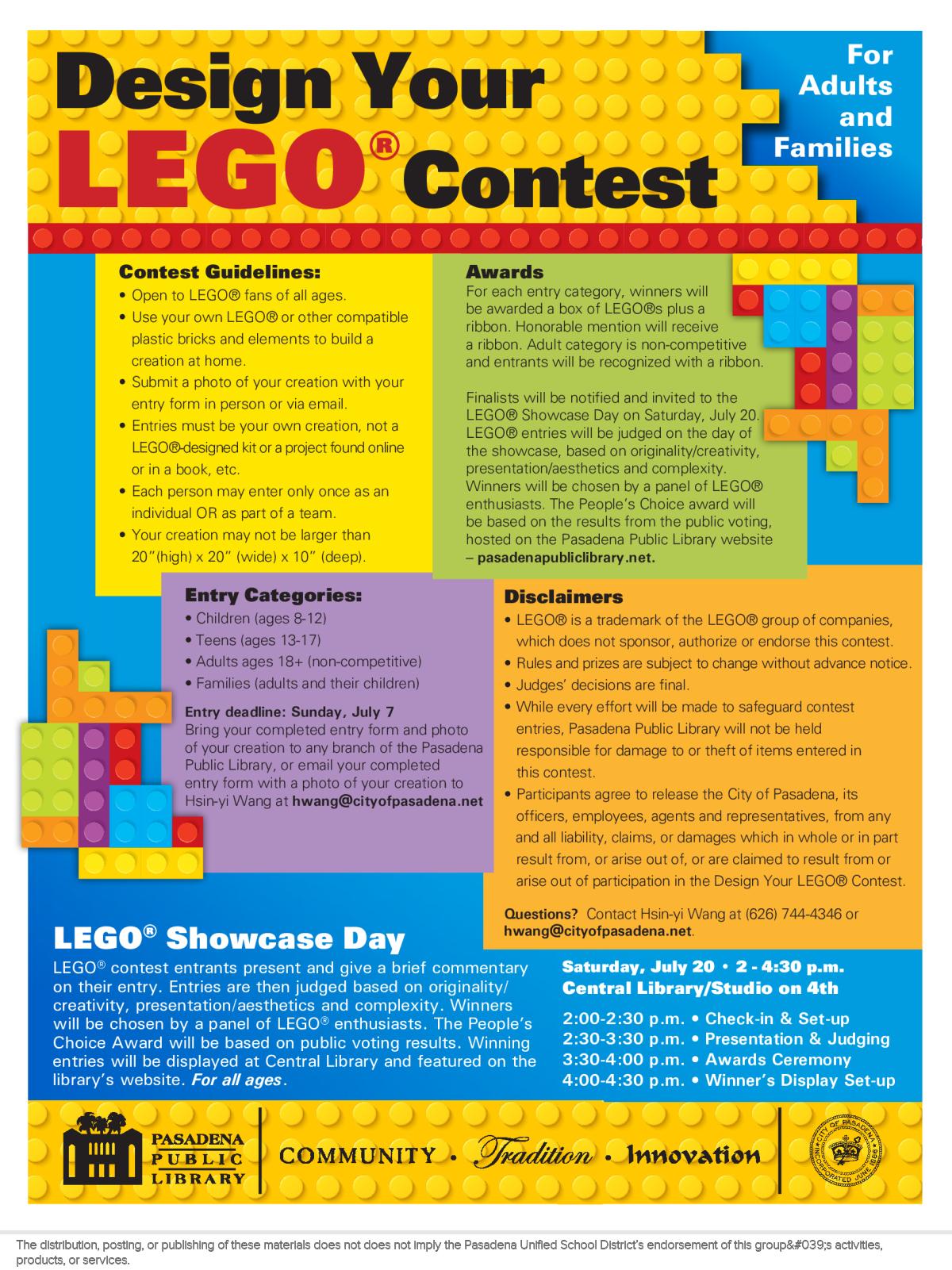 Creative Writing for Beginning Readers: Flipping Out Over Alliteration

Moving and Grooving With The Nick and Jen Show!