Our September YA Book Club meeting was in celebration of Banned Books Week.  We discussed Jay Asher’s Thirteen Reasons Why, a powerful novel about high school bullying and suicide.  The book was released in 2007, and since has been banned from schools for being “unsuitable for the targeted age group,” containing offensive language, sexually explicit text, and “references to suicide, drugs, alcohol, and smoking.”  Thirteen Reasons Why is on the list of top ten frequently challenged books.

This is not to say that these references were deterrents.  In fact, the teens in attendance found the novel to be especially powerful and resonating with their own experiences at school.  The bullying aspect stood out the most.  The main question we mulled over was:  Were there classmates that we unknowingly bullied or ignored? 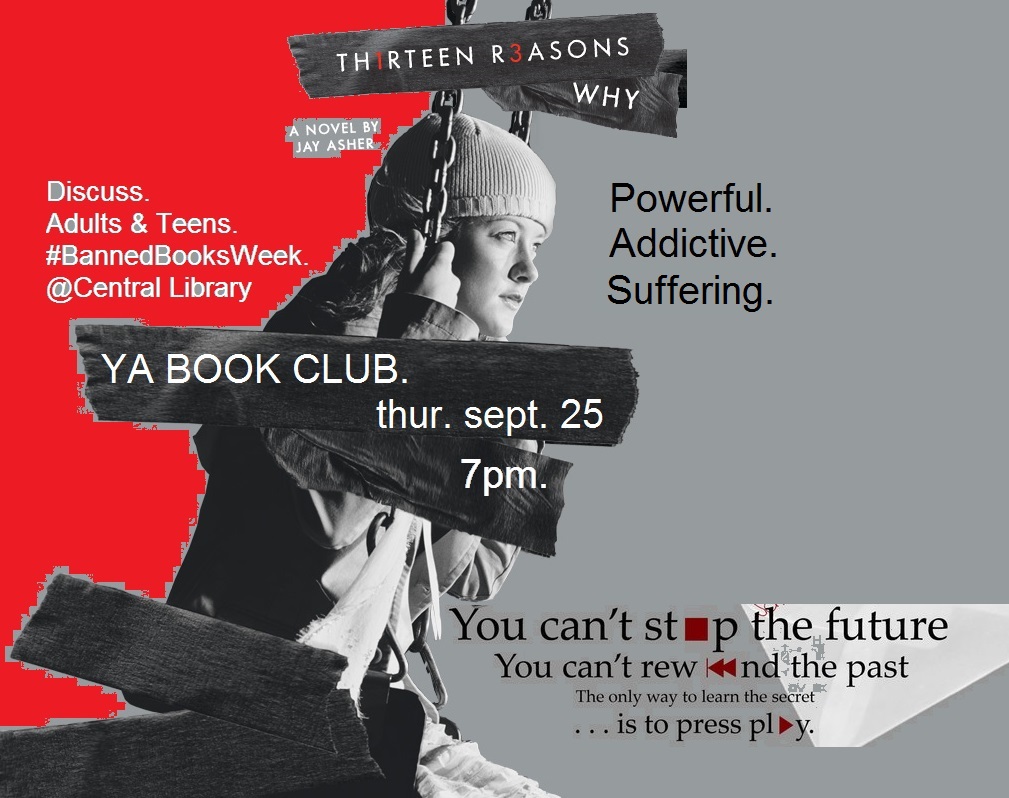 When high school student Clay Jenkins receives a box in the mail containing thirteen cassette tapes recorded by his classmate Hannah, who committed suicide, he spends a bewildering and heartbreaking night crisscrossing their town, listening to Hannah’s voice recounting the events leading up to her death.

Listen to the first part above.

Find the book in our library: Thirteen Reasons Why

Find out more about Thirteen Reasons Why:  http://www.thirteenreasonswhy.com/index.html

Books about suicide, other recommendations:  http://yabookcouncil.com/thirteen-reasons-why/