For the past month we’ve been celebrating the Young Readers League: a book reading event based on the idea that all the kids in the community read the same book.  It’s similar to our One City, One Story program, but for kids.  Sponsored by The Friends of the Pasadena Public Library, and partnering with Vroman’s Bookstore, we’ve all been enjoying the 2015 book pick Rump: The True Story of Rumpelstiltskin by Liesl Shurtliff.

Various library sites had a wide variety of book-based programs leading up to author Liesl Shurtliff’s visit to Pasadena (more on that in a blog post later!).  One of these programs, hosted at the Central Library on November 14 was Rump’s Restaurant. 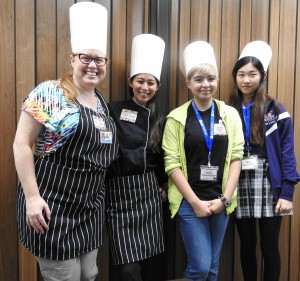 At Rump’s Restaurant (usually called the Studio on 4th) Youth Services librarians and chefs-for-the-day Jennifer and Jane led our cooks through many literary dishes with the help of teen volunteer sous chefs.  You can see the menu below: 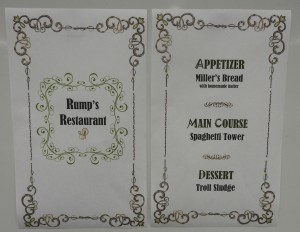 Before any creating can take place, though, a cook needs to make sure he or she is properly attired. 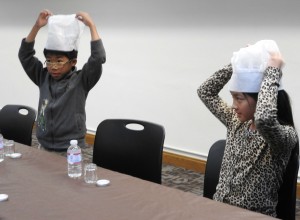 Making homemade butter is easy!  All you need is a jar with a secure lid, heavy cream, and some arm muscles!  Pour a bit of heavy cream into the jar, and then shake. It takes a while to turn into butter, so chefs must be patient.  Firs,t it will become whipped cream (it won’t taste delicious though — no sugar or vanilla in there!).  Keep shaking and then from the whipped cream stage it will turn into butter in a liquid (buttermilk).  You can feel the cream changing as you shake it, and if you hold it up to the light you can see the changes. 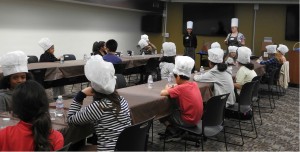 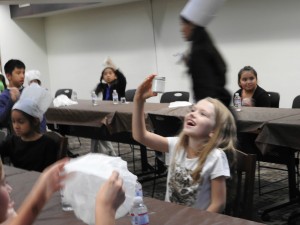 Once the butter is in the jar, we poured the buttermilk out, and then all the cooks enjoyed their homemade treat with some bread – made from the Miller’s flour of course. 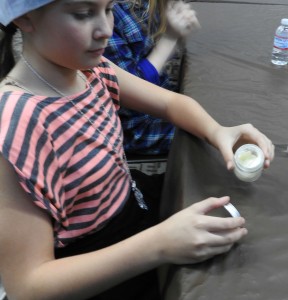 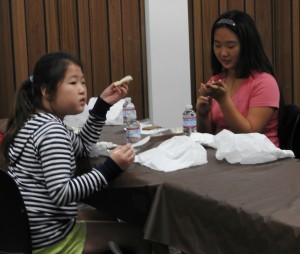 In Rump, our hero spends a lot of time with the Miller’s daughter in the tower of King Barf’s castle, spinning straw into gold.  For our second activity our cooks became architects, seeing which group could create the tallest tower that would support a “gold” nugget.  The only catch?  The tower could only be made out of spaghetti, using miniature marshmallows as connectors. 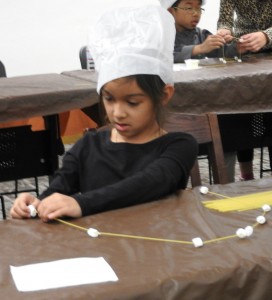 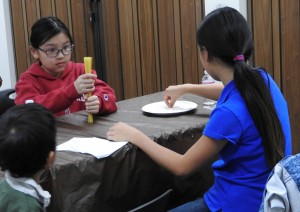 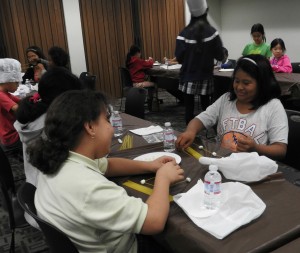 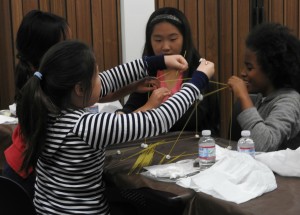 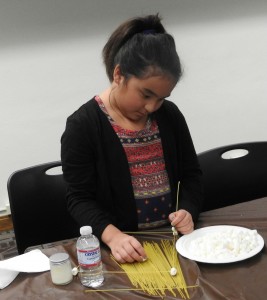 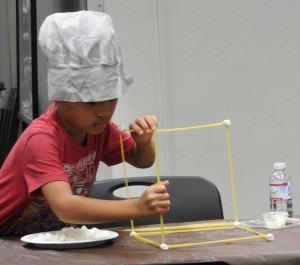 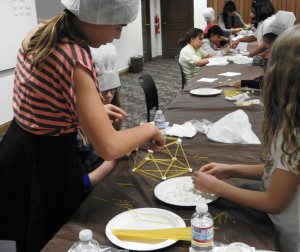 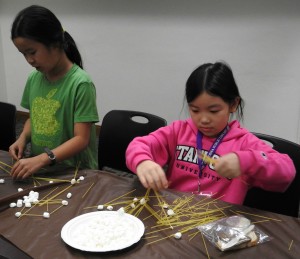 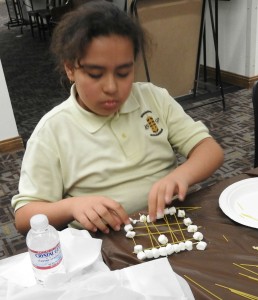 After our builders worked for about 20 minutes, it was time to measure which tower was tallest. 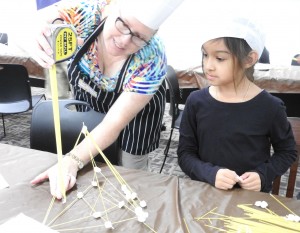 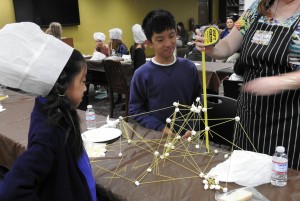 Then came the really hard part — seeing if the spaghetti tower could withstand the weight of a “gold” nugget. 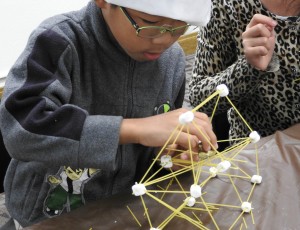 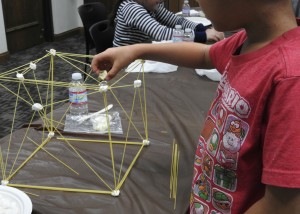 Two towers managed to hold the nugget just fine!  To congratulate the builders, each member of the two teams received a copy of Liesl Shurtliff’s second book Jack: The True Story of Jack and the Beanstalk. 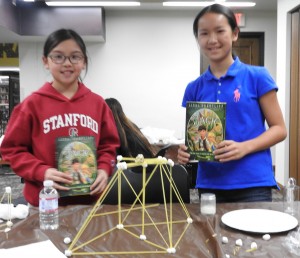 When Rump meets up with the trolls in his story, he finds that they enjoy eating sludge: “The sludge was greenish brown and it stank and moved.  All the trolls were slurping it down like it was honey, but that made it even less appetizing.”  So, we could hardly have a food fest featuring Rump and not make this delicacy!

Our sludge was more of a parfait, with cooks arranging chocolate pudding, sandwich cookies, whipped topping, gummy worms, and brownies any way they desired. 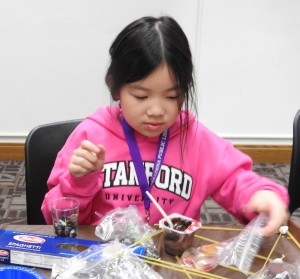 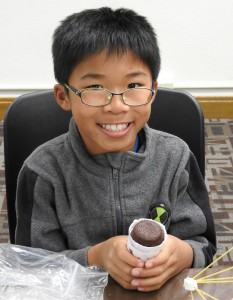 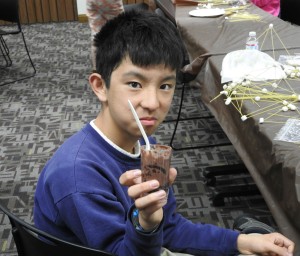 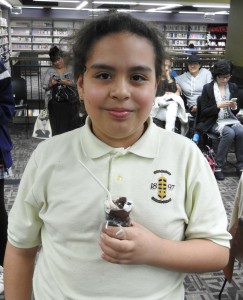 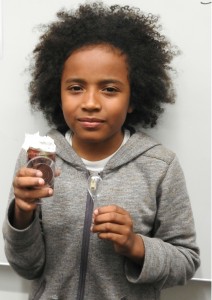 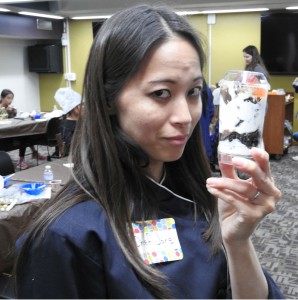 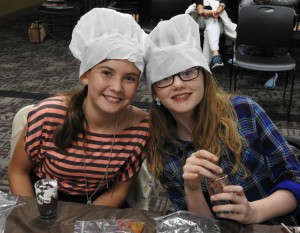 I think it’s safe to say that everyone enjoyed this troll sludge more than Rump enjoyed the real thing.

All in all, our one-afternoon-only pop-up Rump’s Restaurant was a smashing success!  While it tickled our tastebuds, it  just whet our appetite for the book, and everyone left excited about Pasadena’s visit from author Liesl Shurtliff that was still to come!

Lucha Libros: Big Nate in a Class By Himself