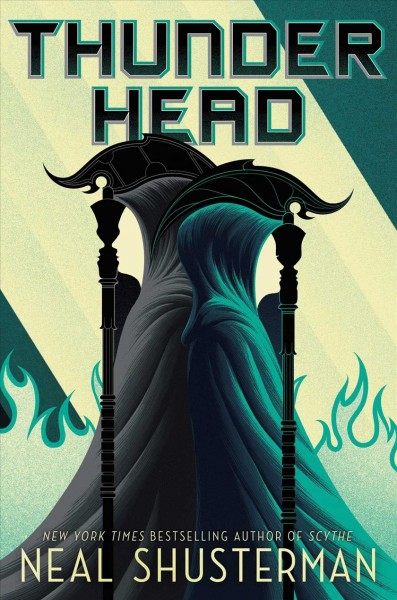 In Thunderhead, Neil Shusterman portrays not a dystopian future, but a utopia, where humanity has conquered even death and is governed by a philanthropic AI called the Thunderhead. However, it is a utopia on the edge, for in the Scythedom-the last human governing body, charged with controlling death – corruption is festering. In this surprising and expansive sequel to Scythe, Shusterman more fully explores the world governed by the all-knowing Thunderhead. Never failing to disappoint, Thunderhead takes off where Scythe left off and takes it in places readers will have never dreamed of. Nuanced in his portrayal of the future, Shusterman raises questions about religion, duty, death, and freedom without ever mentioning them directly. All of us agreed that Shusterman’s characteristic duality of excellent writing and thoughtful questions was in full display. As a skillful dystopian writer, Thunderhead’s world will make familiar questions thought of in a new, foreign light. As the second book in the Arc of a Scythe series, it follows familiar characters Rowan and Citra as they travel through the novel on opposite sides of society. Different enough from Scythe, Shusterman thankfully avoids the trap of an inadequate sequel through expanding the scope of the plot and upping the game for the characters. It was with immense relief that we realized he had avoided the all too common second book pitfall that one comes to expect in YA. Throughout the book, the plot stays fresh and nuanced, without sacrificing and of the characteristic Shusterman nuance. This, in conjunction with its raising of existential questions left our club pleasantly thrilled throughout reading it. We highly recommend you to read Book 1 in the series, Scythe. If you enjoyed it, you may like the Crown’s Game series, and the Six of Crows series. In general, we were pleased to find an ending that epitomized the book’s fantastic mix of thrilling plot and nuanced situations. Overall, we all agreed it was an excellent read and a worthy sequel to Scythe. We were unanimous is our rating of the novel. 5/5 Stars.