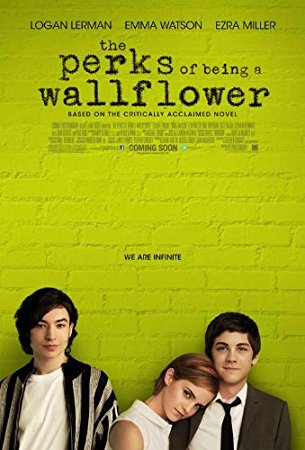 Many people feel uncomfortable talking about the issue of mental illness, and thinking about how they can deal with it or how they would react when hearing someone’s story. The Teen Advisory Board has tackled that phobia by showcasing a movie and discussion every month relating to mental illness. The time allows the participants to either share their experiences or just talk about how well they think the movie portrayed mental illness.

This month’s movie, The Perks of Being a Wallflower, starts off by showing Charlie on his first day of highschool. Charlie is a boy who lost his friend to suicide the previous year, writes to an anonymous person about how his life is going, and recently had a mental breakdown because of the injustices that affect good people, who he believes don’t deserve it, while he just sits and watches. Charlie tends to be alone, has no friends, and instead wants to watch people live their lives instead of living his own.

In his first class, an eccentric and outgoing senior named Patrick shows an impersonation of the wood class instructor. He gets scorned for doing so, but his reason for acting up is so that the freshmen can feel welcomed and acquainted with the school. Charlie appreciates how he cares about the freshmen and starts to admire how nonchalant Patrick’s personality is. Patrick is homosexual and struggles to keep his sexuality a secret while also protecting his boyfriend, who plays on the football team and whose parents are also unaware of his sexuality.

Patrick has a stepsister named Sam, who had been abused by many men who she thought loved her. Sam doesn’t tell people her story unless she feels that the person is trustworthy enough. Charlie decides to sit with Sam and Patrick one day, which completely changes his life. He is accepted into this group of “misfit children” that Sam and Patrick’s friends, who have also witnessed injustices, are a part of. He helps Sam with her SAT and over time falls in love with her.

Symptoms of another mental breakdown occur as he realizes that the people who helped get him out of his shell will soon be going off to college. He cannot gain control of his mind, and is hospitalized. In the hospital, he uncovers the root of his problem: he was abused by his Aunt as a child, and because she died in a car crash while retrieving his birthday present, he blames himself for her death. He talks more about his problems, understands that life has its bumps in the road, and accepts that his friends will always be with him.

During the discussion, our participants were able to share personal experiences, connect with each other by asking very important questions, and contribute to the discussion in someway. As a group, we were able to see how realistic the movie was, and discuss how we could shift the view of mental illness from an “undiscussable problem” to a “network that helps to bring it to attention.”

In the end, I believe the movie was a great way to allow viewers to see how other people view the world, deal with the world, and how we can help to understand their perception of the world.

2 thoughts on “The Perks of Being a Wallflower — Movie Discussion”