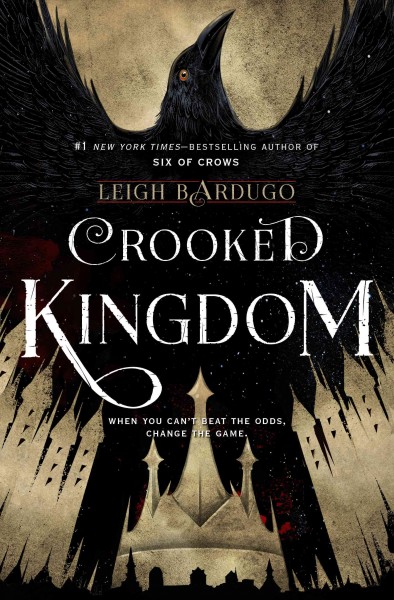 For February, YA Book Club read Crooked Kingdom, the sequel to Six of Crows, which we read in November 2015. Previously, Six of Crows was our highest rated book, but Crooked Kingdom has now taken that spot. Many thought that Crooked Kingdom was even better than Six of Crows. This time, you got to know the characters a lot more as well as their back stories. Most tended to favor certain characters over others (nobody liked Matthias’s narrations). The characters felt realistic and were relatable; one character had a gambling addiction, something that isn’t talked about a lot in YA. The plot was thrilling and just as shocking as before. There wasn’t a part that felt truly unnecessary. Unlike the Shadow and Bone series, this book focused on the people and what they were doing rather than just on power and how to handle it. Everyone agreed that they would watch an adaptation of this series, but that it’s TV show material and not for the big screen, simply because the plot is so complex and needs more time to develop. Many recommend the Rebel of the Sands series by Alwyn Hamilton and the Falling Kingdoms series by Morgan Rhodes for those who absolutely love this series and want something similar. Overall, YA Book Club was very satisfied with how the series ended, giving an average rating of 4.5/5 stars.

Summary: Kaz Brekker and his crew have just pulled off a heist so daring even they didn’t think they’d survive. But instead of divvying up a fat reward, they’re right back to fighting for their lives. Double-crossed and badly weakened, the crew is low on resources, allies, and hope. As powerful forces from around the world descend on Ketterdam to root out the secrets of the dangerous drug known as jurda parem, old rivals and new enemies emerge to challenge Kaz’s cunning and test the team’s fragile loyalties. A war will be waged on the city’s dark and twisting streets–a battle for revenge and redemption that will decide the fate of the Grisha world. — from dust jacket.

Find this book in our catalog:  Crooked Kingdom