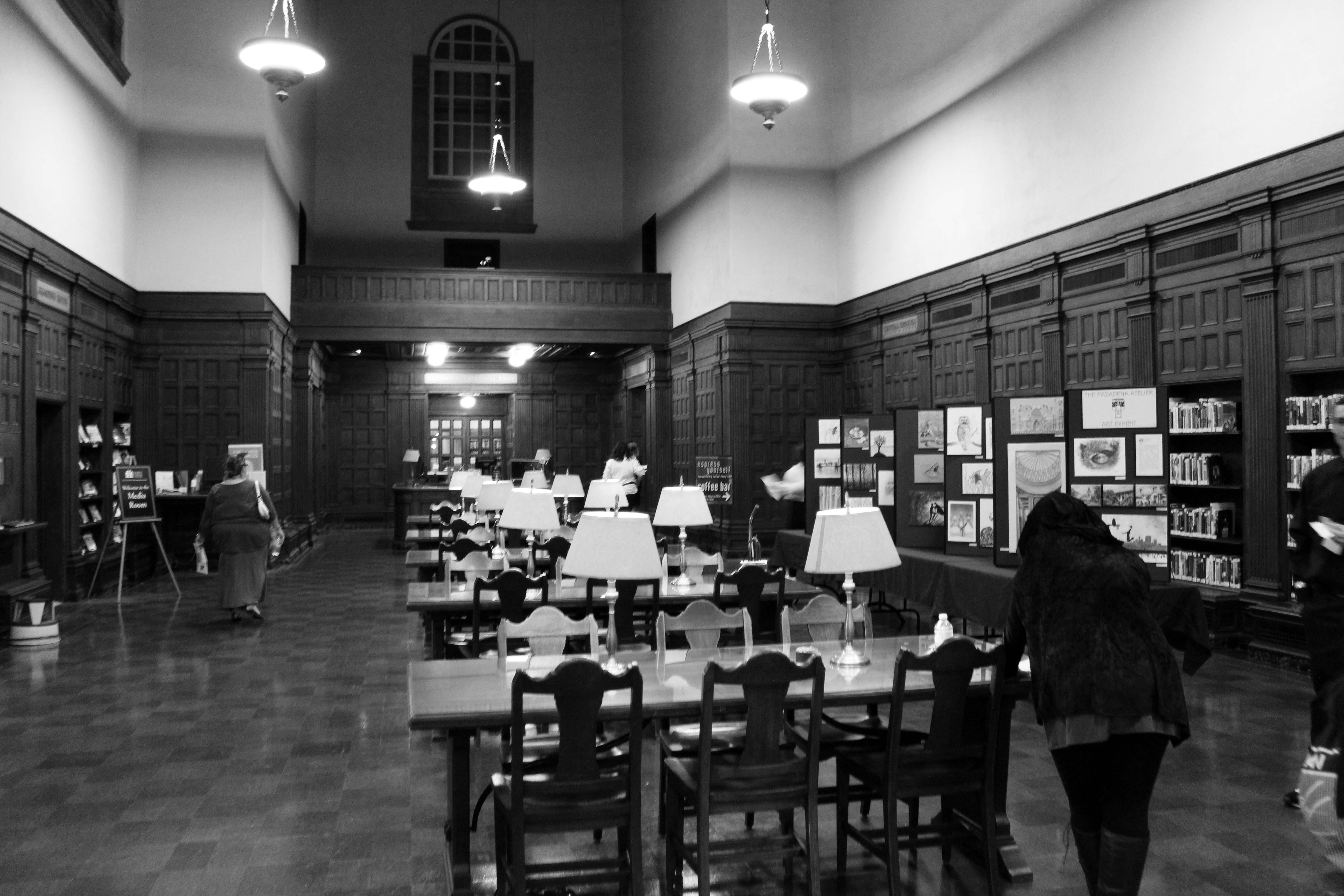 After the library closed on Halloween night, right smack in the middle of our after-hours dinner party, a guest was “murdered”.  Teen party revelers explored the spooky corners of  Central Library, hunted for clues, used deductive skills to determine how, where, and who was the murderer(s).

A big thanks to the Teen Advisory Board, especially member Haneen Eltaib who had a big hand in the success of this event! A number of teen volunteers also helped with decorations (windows, clocks, silhouettes, paper flowers), set up, and clean up.  Staff and adult volunteers assisted in playing roles, taking photos, and supervising the night of the event.

The Murder Mystery event took place on Halloween. I’ve had the pleasure of helping and planning the event, alongside librarian Jane Gov. While having our dinner party, Liam Pabich, the owner of the “house”, was “murdered”. The Party Hostess (performed by librarian Jennifer Driscoll) encouraged all 35 attendees to search the library looking for clues, murder weapons, witnesses, and anything that would help them solve the murder. Clues were in the form of scratchers, mirror clues, pictures, letters written to lovers, props at the scene of the crime, and rhymes.

The murder weapon could have been one of the seven: a fire poker, a ball with chain (kind of like a large flail), poison, a revolver, cleaver, a knife, or a dagger. The correct weapon could be chosen if guests read the clues and used process of elimination. “Something sharp,” voted out the ball with chain, poison, and revolver. “Stylish and distinct,” implied that the weapon shared a characteristic relating to a synonym of those words or the weapon itself was distinct.  This left the dagger, because the handle had an interesting design.

To figure out the murder(s), guests would have had to listen intently and read between the lines. Jess Pawn (performed by teen volunteer Kimberly Merene), the business partner, told investigators that the police officer (performed by staff Kevin Crain) might have done it, due to his obvious hatred toward Pabich. When directed to Justine Peters (performed by teen Julia See), she informed guests that the wife (performed by Library Deputy Director Jennifer Addington) blamed Peters for cheating with her husband constantly, and led guests to the letter that obviously showed that the wife and the police officer played a part in the murder.

Overall, it was a fun event, full of mystery and accusations. I would definitely love to plan one again next Halloween!

Scroll all the way down to see all photos! 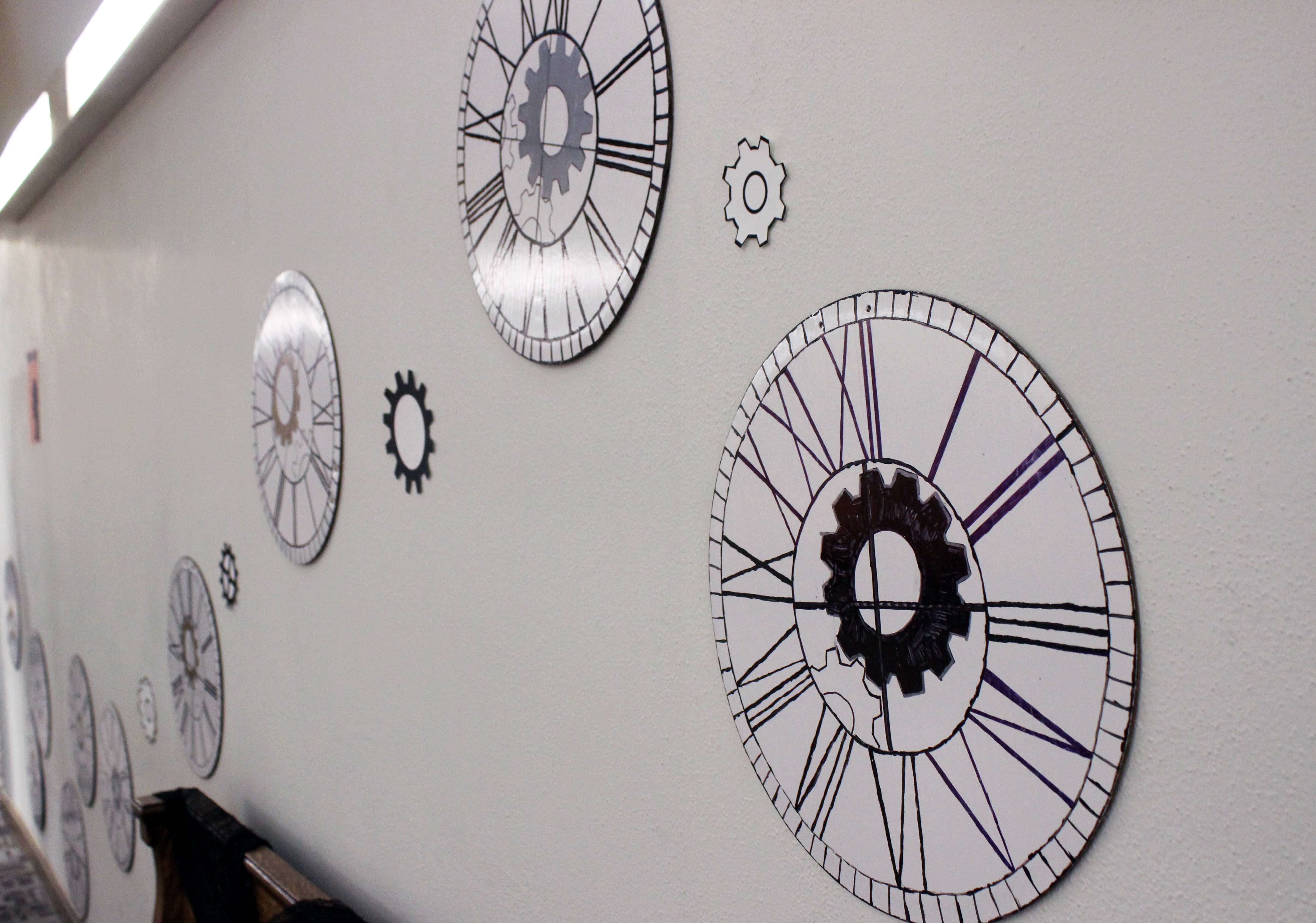 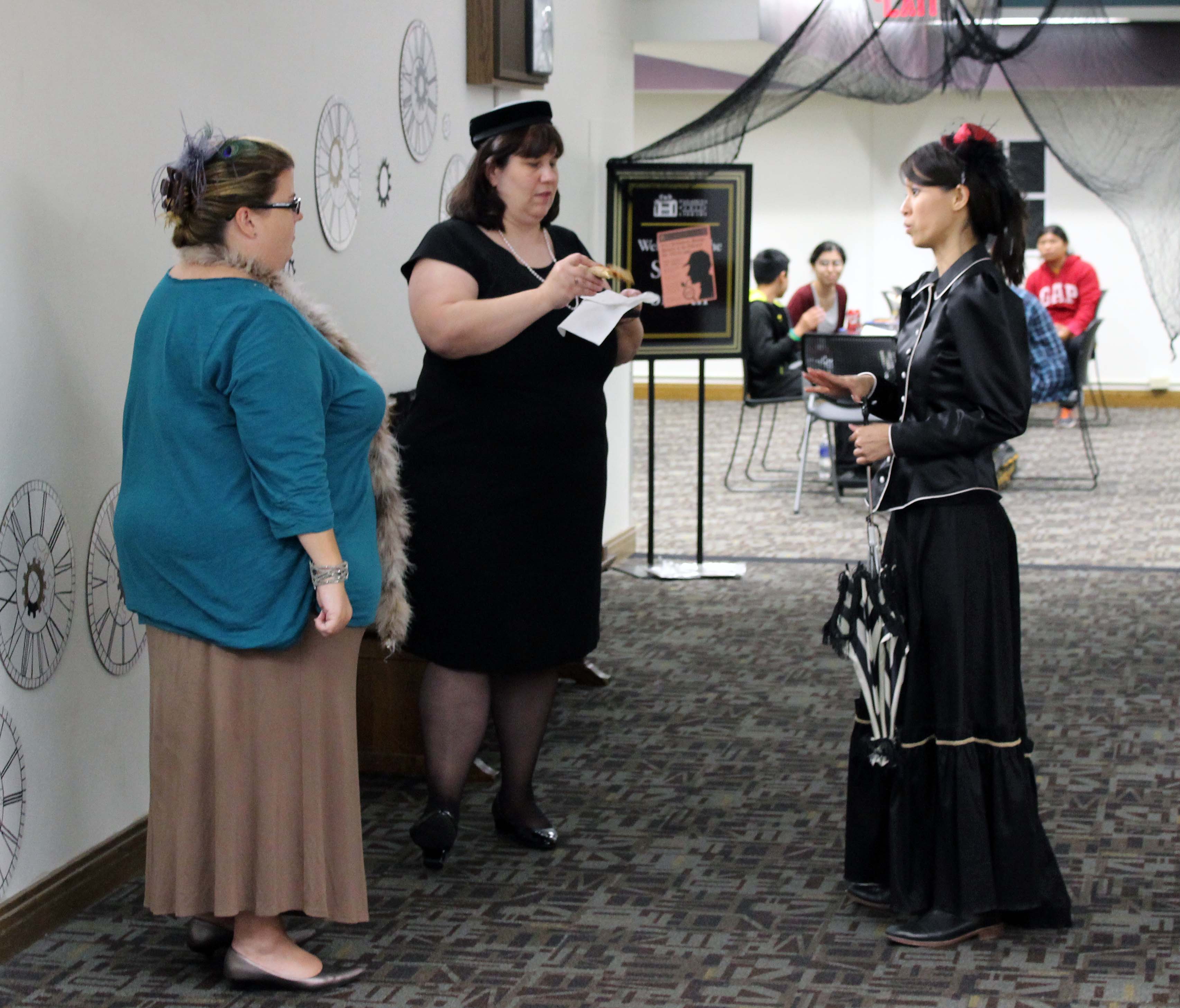 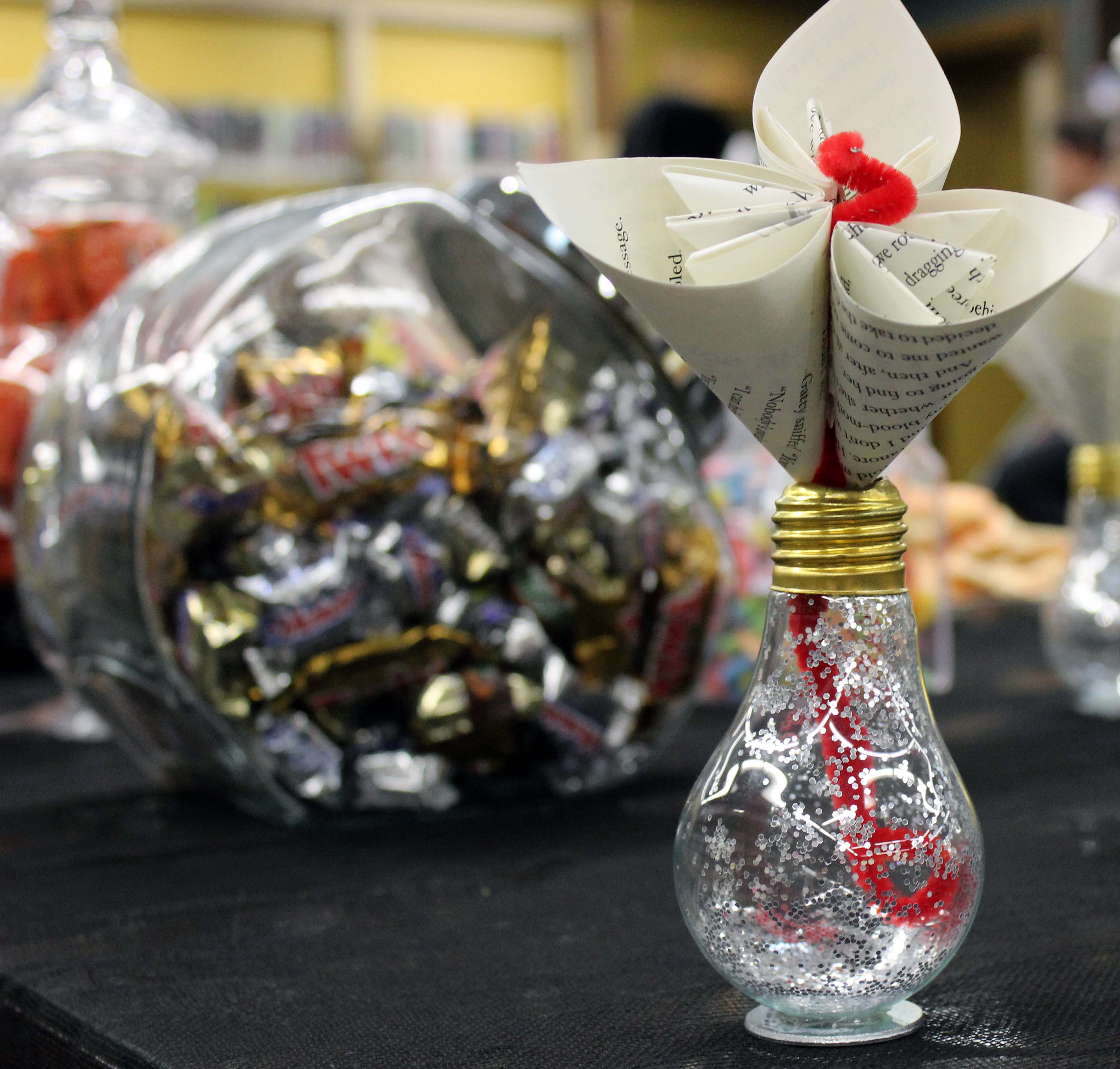 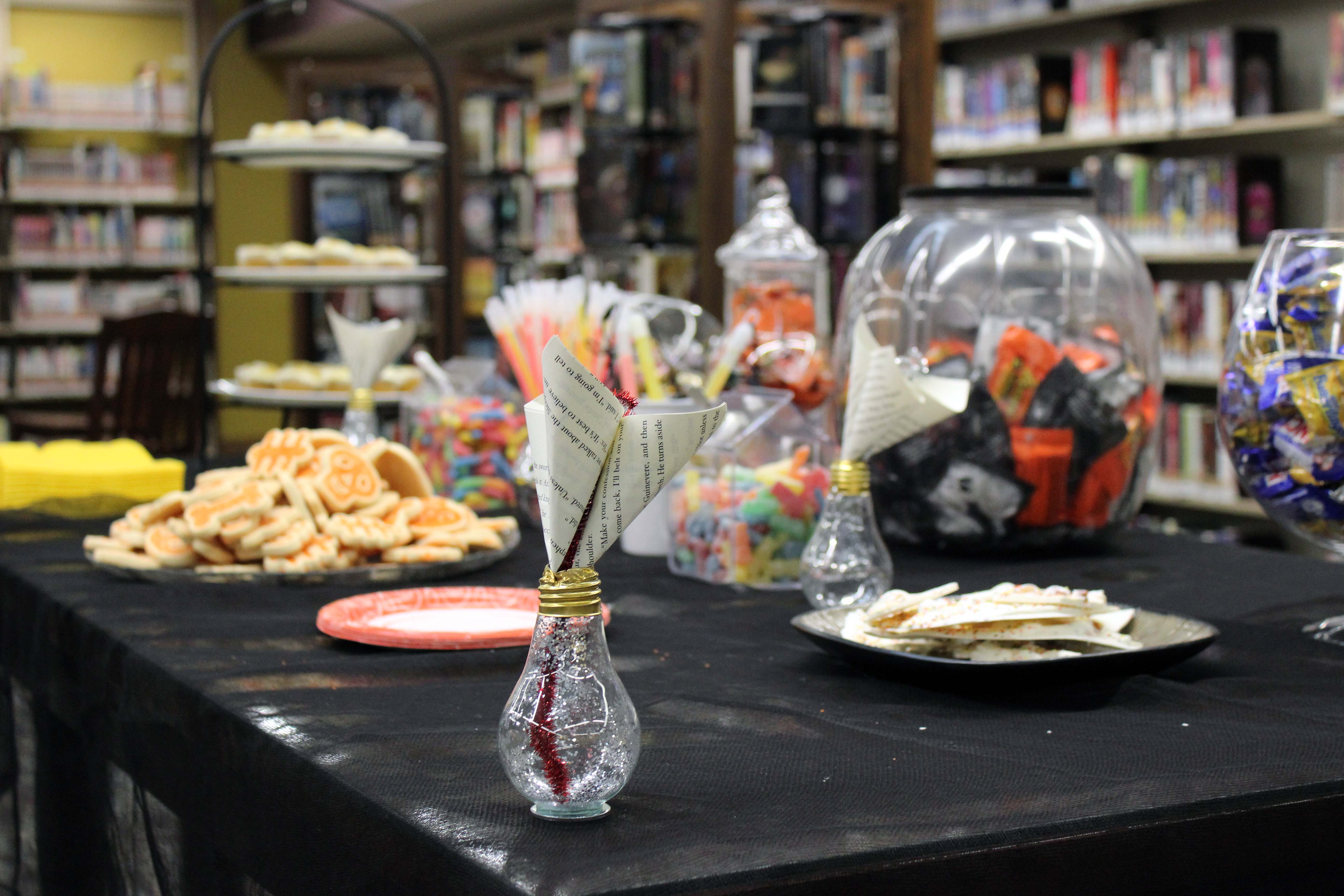 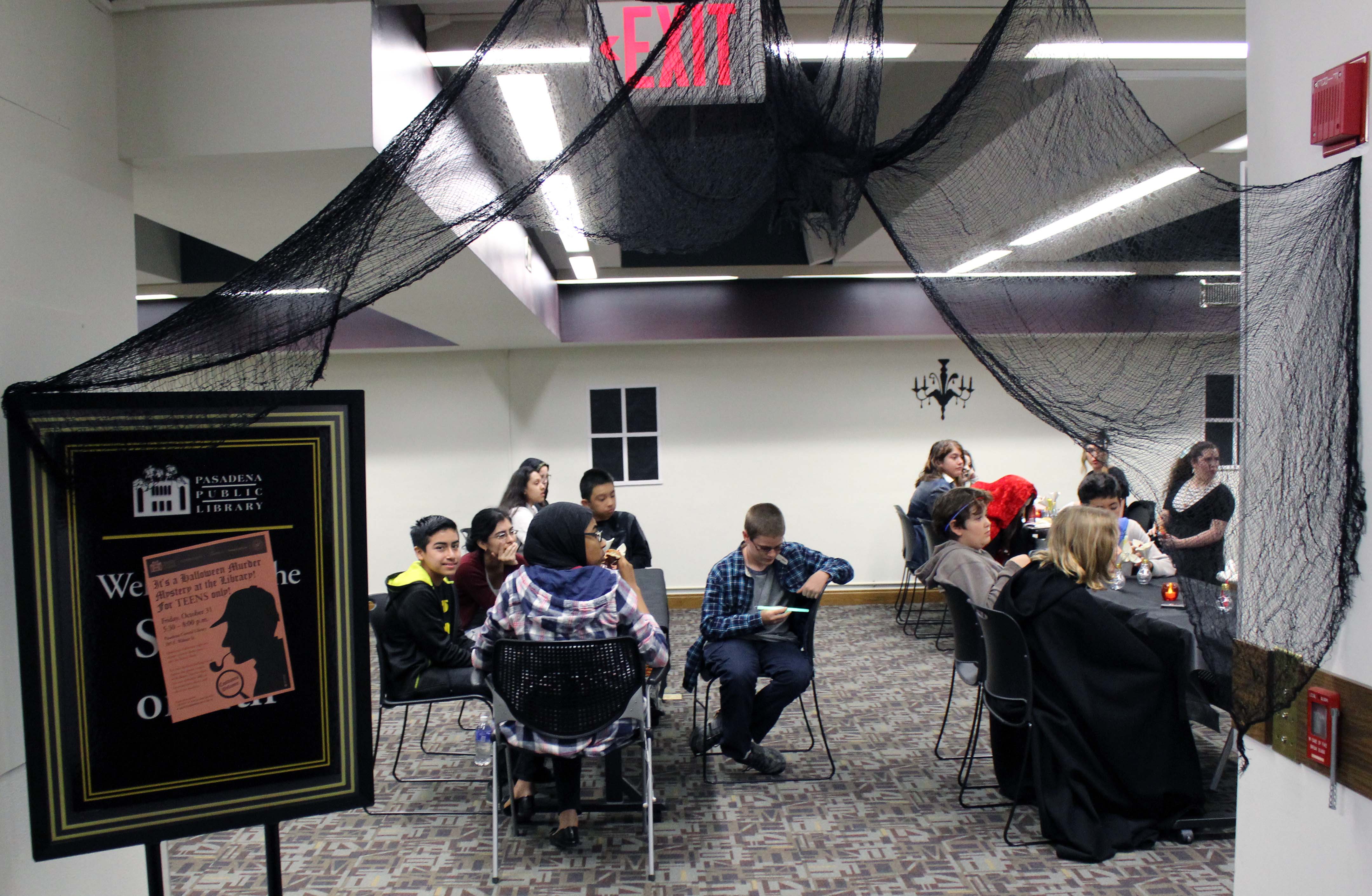 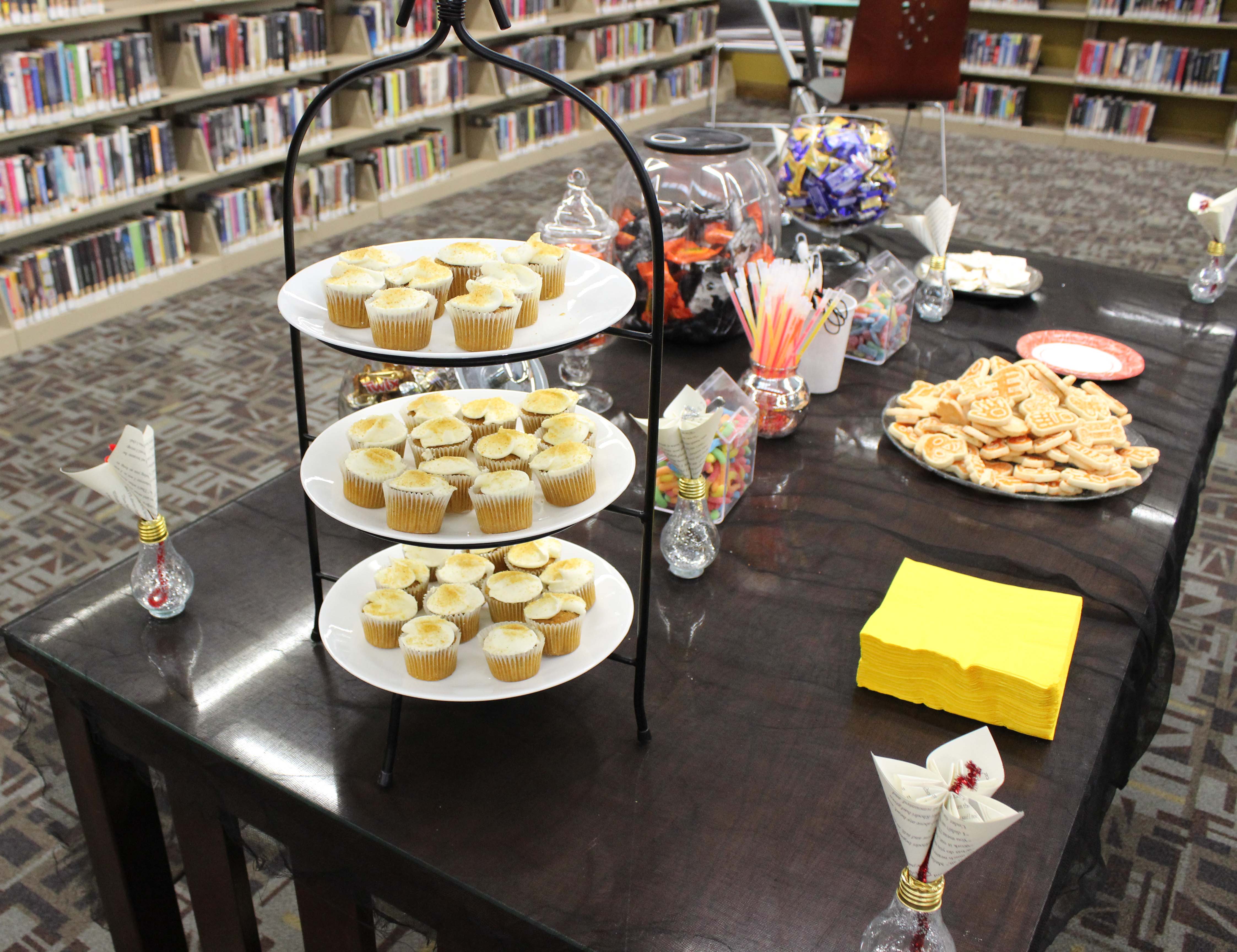 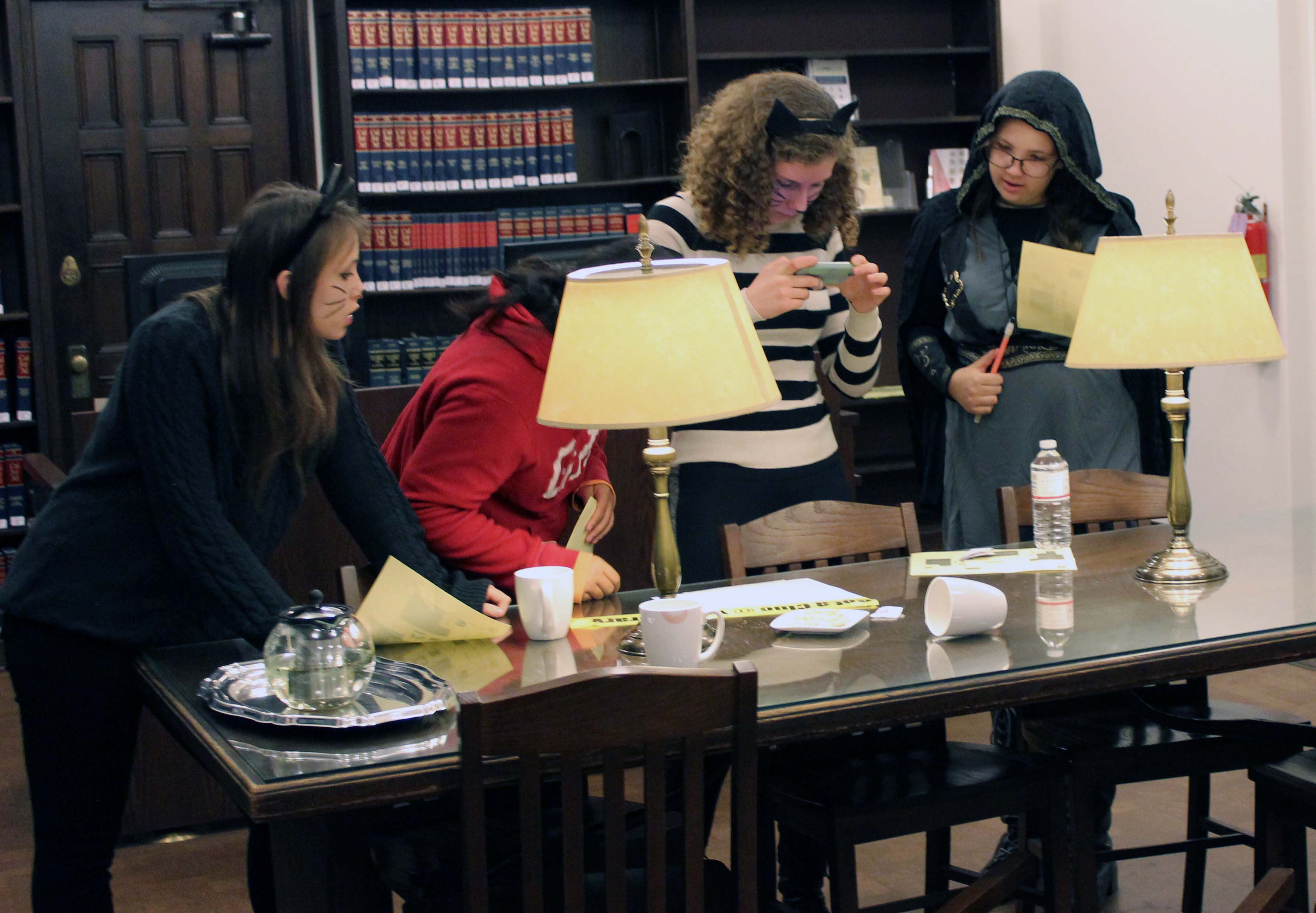 Attention!  Attention everyone!  A murder has occurred! This building is on lockdown until we identify the culprit.

The murderer has not yet been apprehended. We are positive that the murder weapon is still in the library. Your job is to find out where the murder happened, which weapon was used, and who is the murderer. It could be one or two murderers.

Here are maps of the building. Please do not disturb the evidence, and do not enter locked rooms or into any of the gray areas.  There are seven weapons, but we believe all but one were planted as decoys.

Also, please don’t mind the detectives that will be circling around the building.  They are just there to observe.  The suspects will be identified by the gold bracelets. These are the people you should question.

When you have figured it out, return here and we will discuss the mystery.

Here is your first clue.  And if you can’t figure it out, sometimes just starting at the center helps.

A very happy and nice person, smiling and nodding to people will sell the part.

I am Officer John Page. Today we are investigating the murder of Liam Pabich, who was murdered here in the library. We know for a fact that the weapon is still in the building.  All have been left in the rooms they were found, and all have been marked off with yellow caution tape. We know this might be tricky, as the body we retrieved has wounds that could have been from multiple different types of weapons. These are the locations for the weapons we found. (points to white board)

There are also suspects to be questioned. Here is our first lead.(pass out clues). 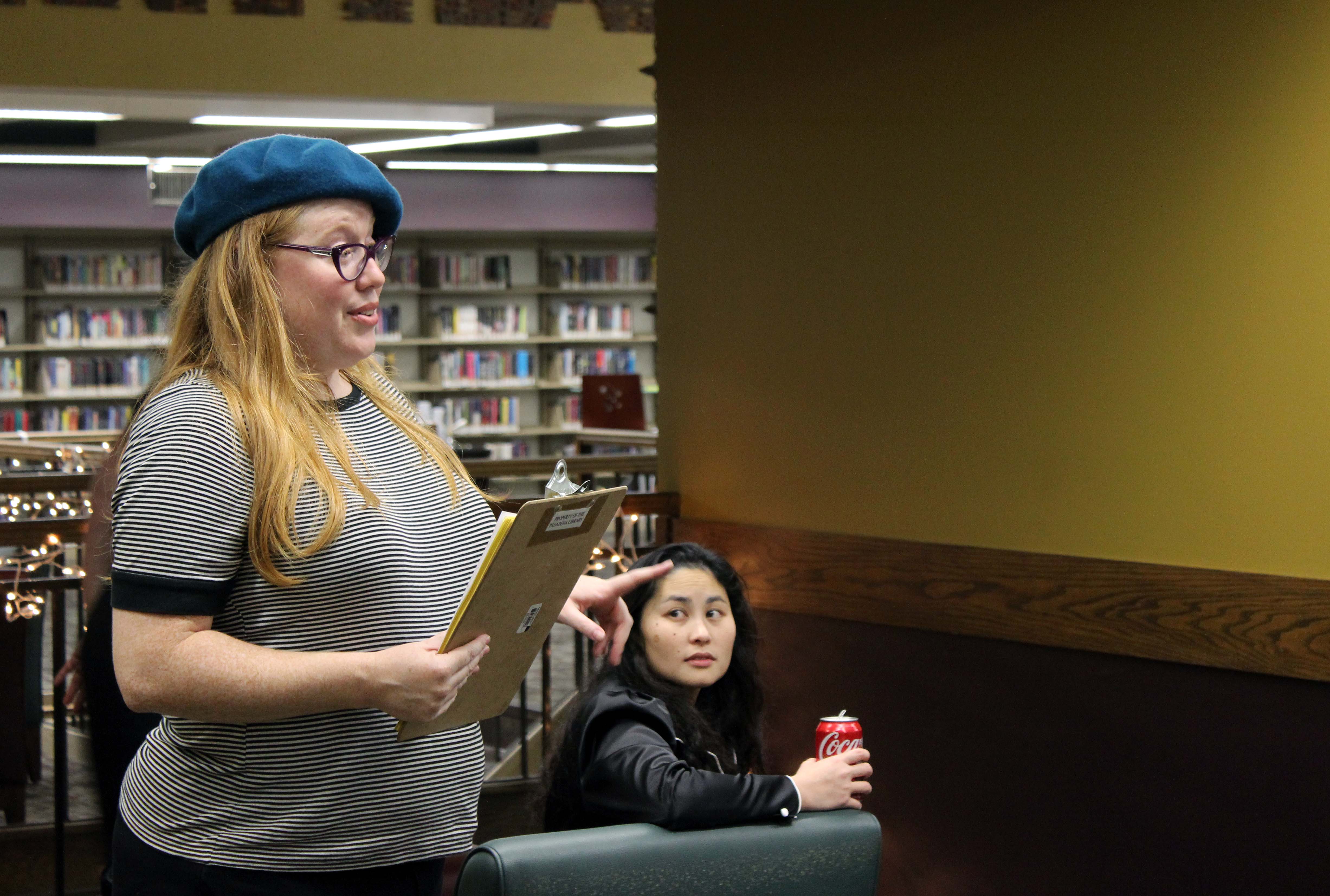 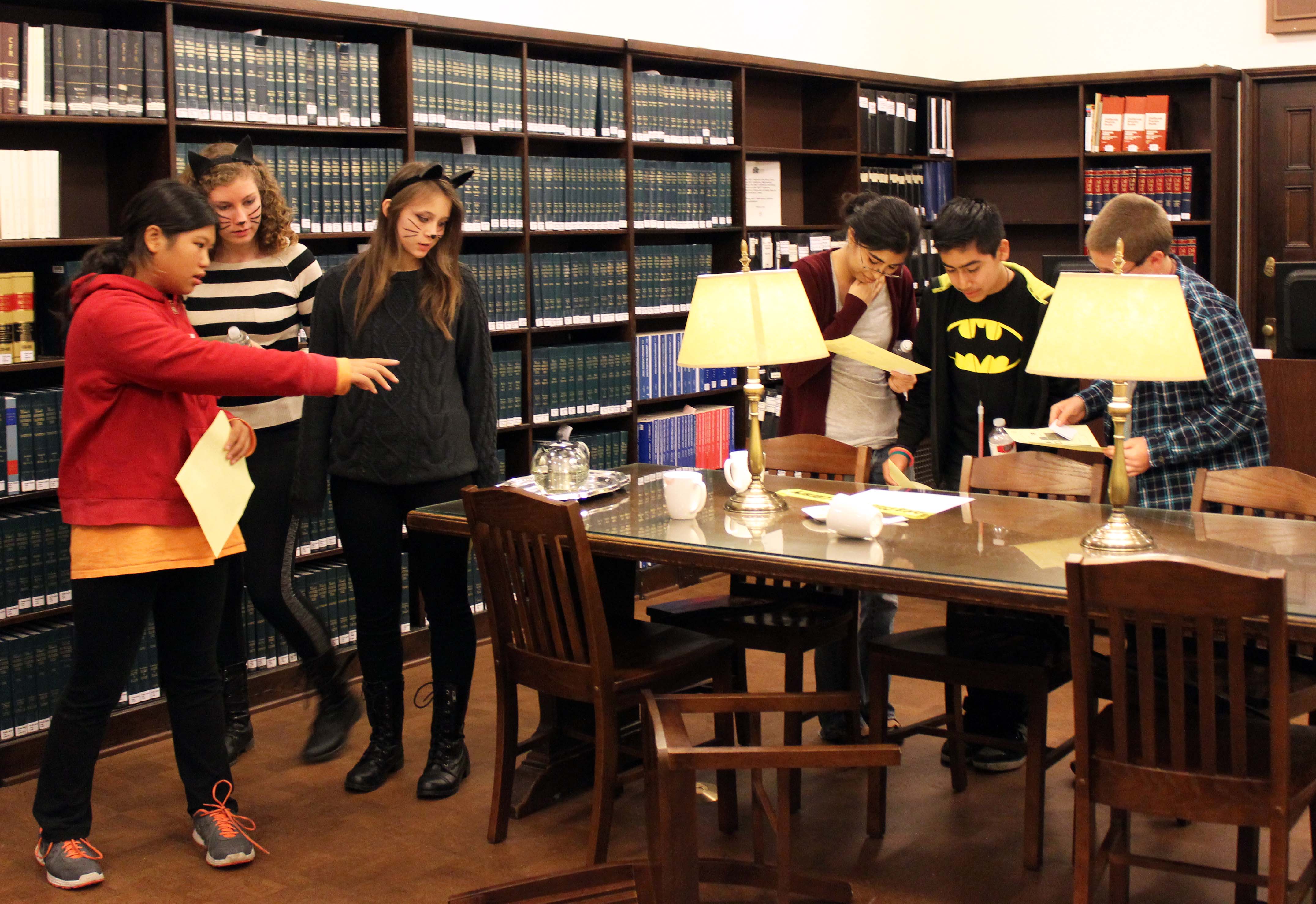 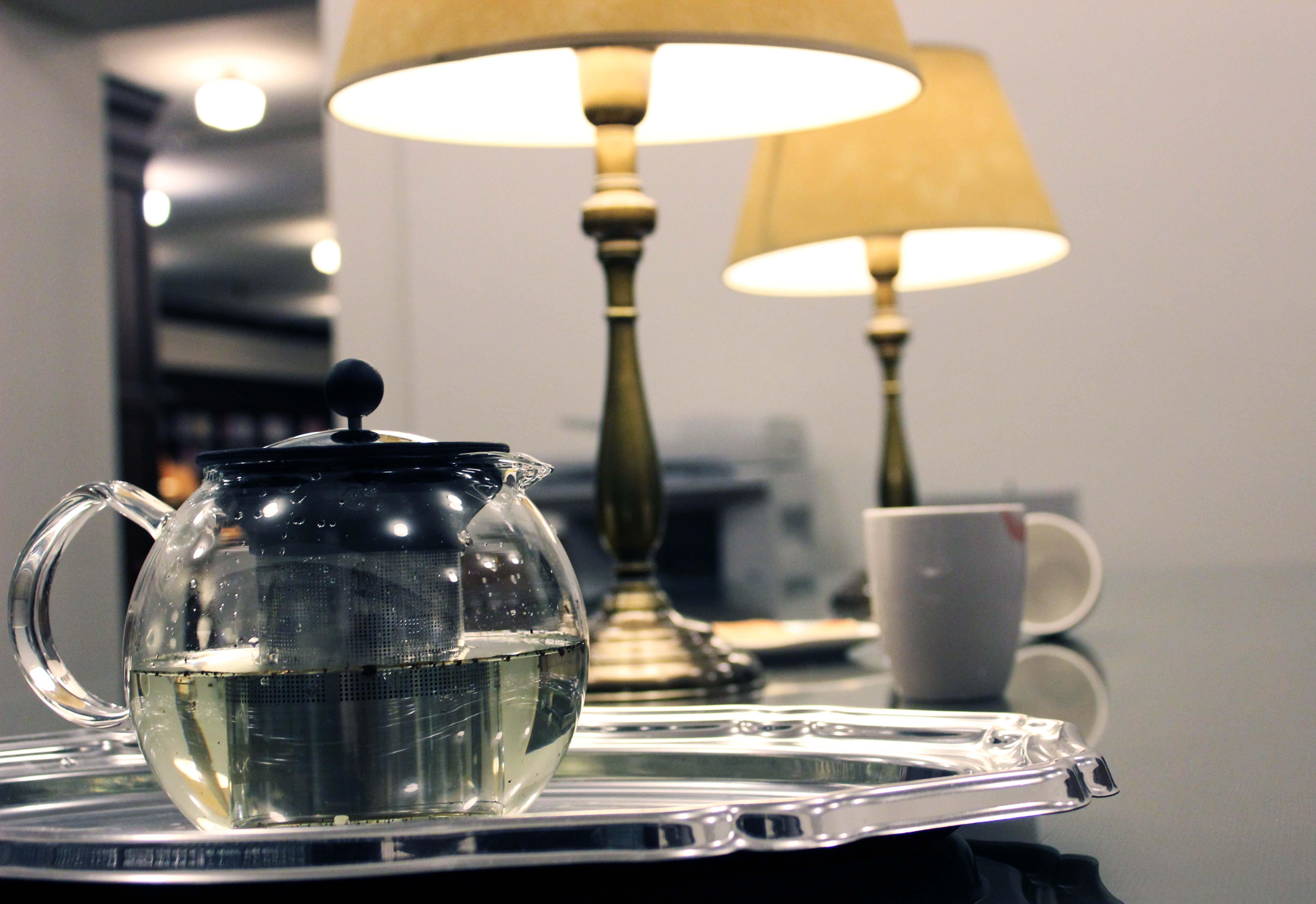 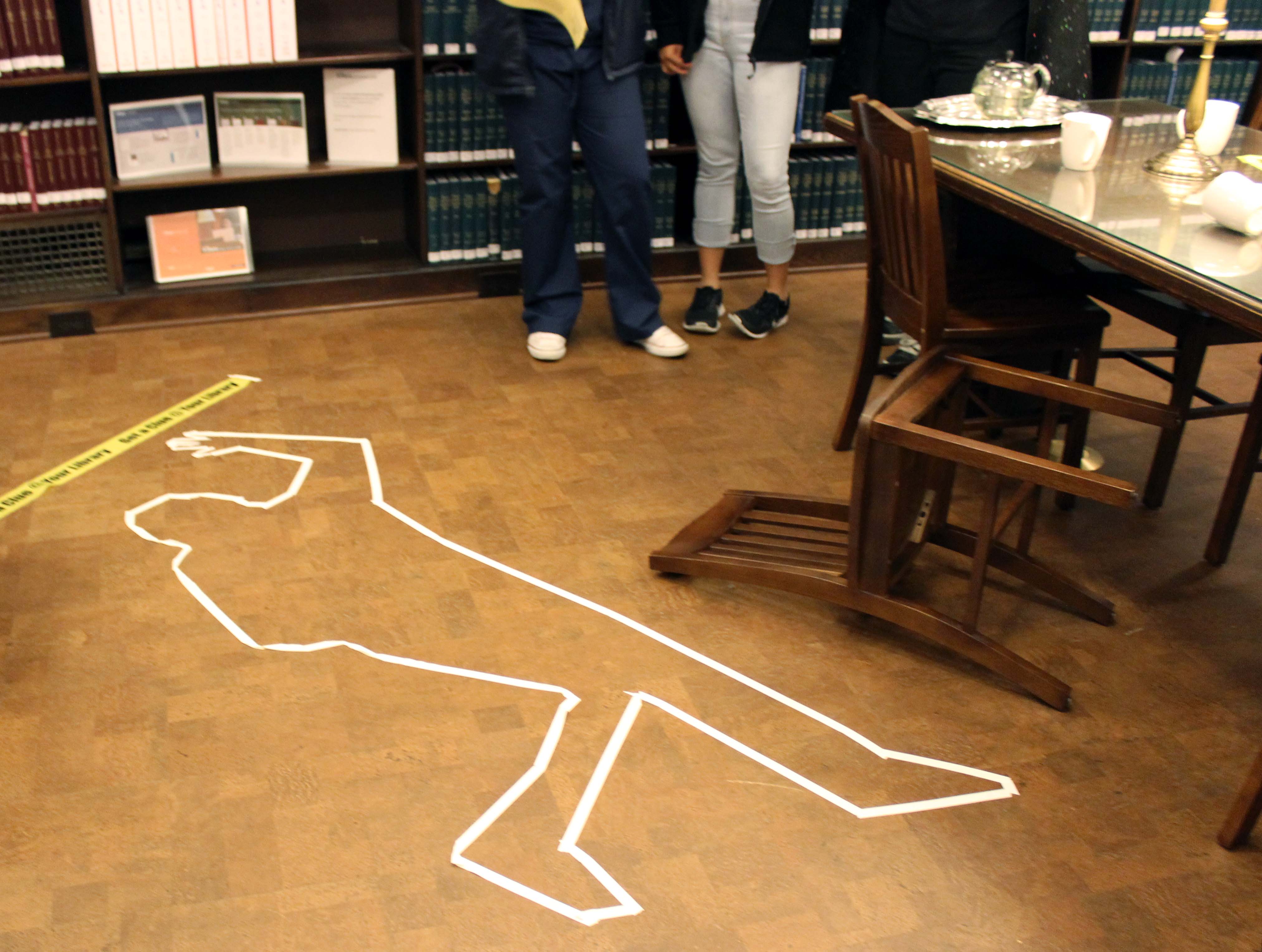 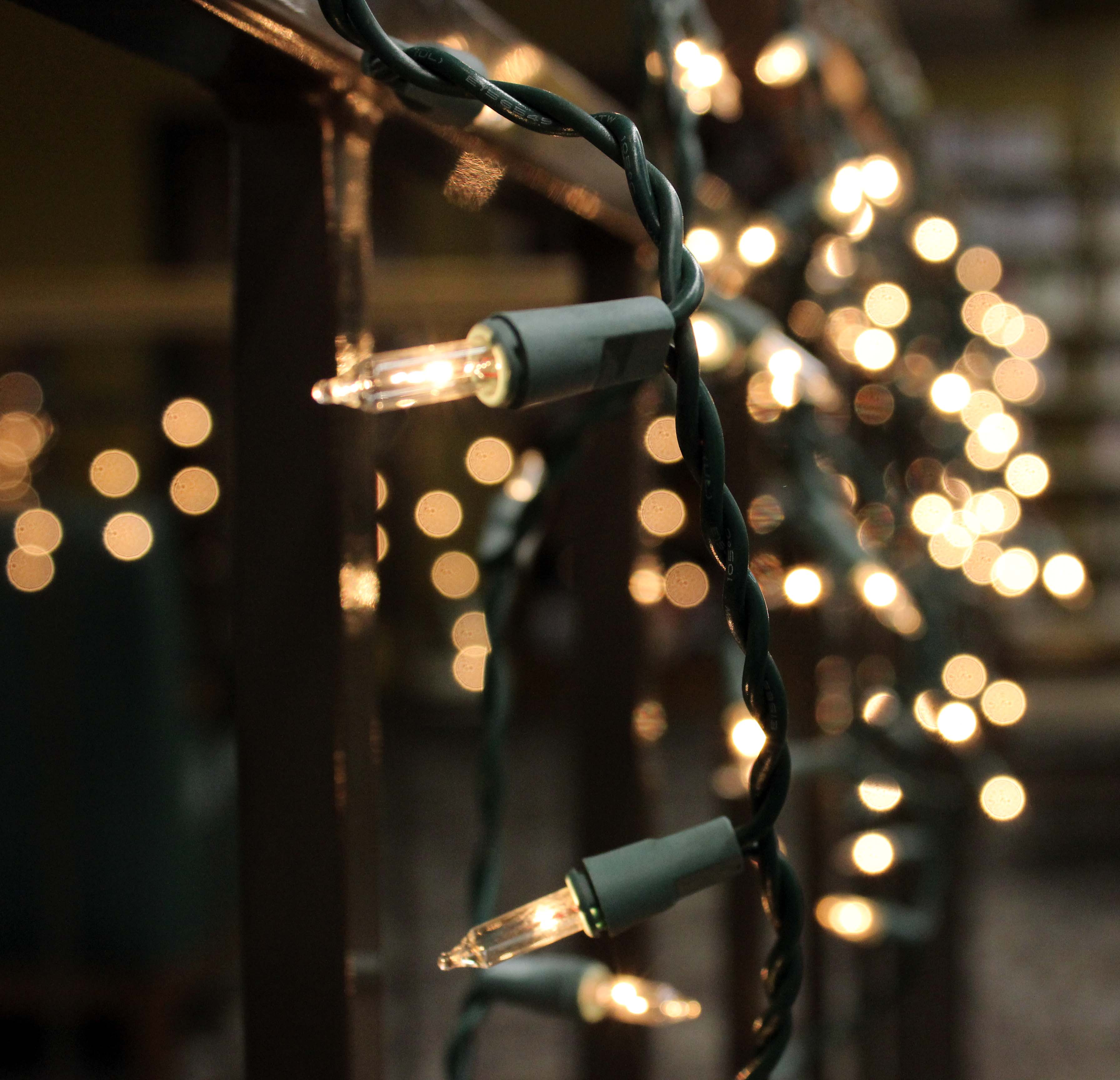 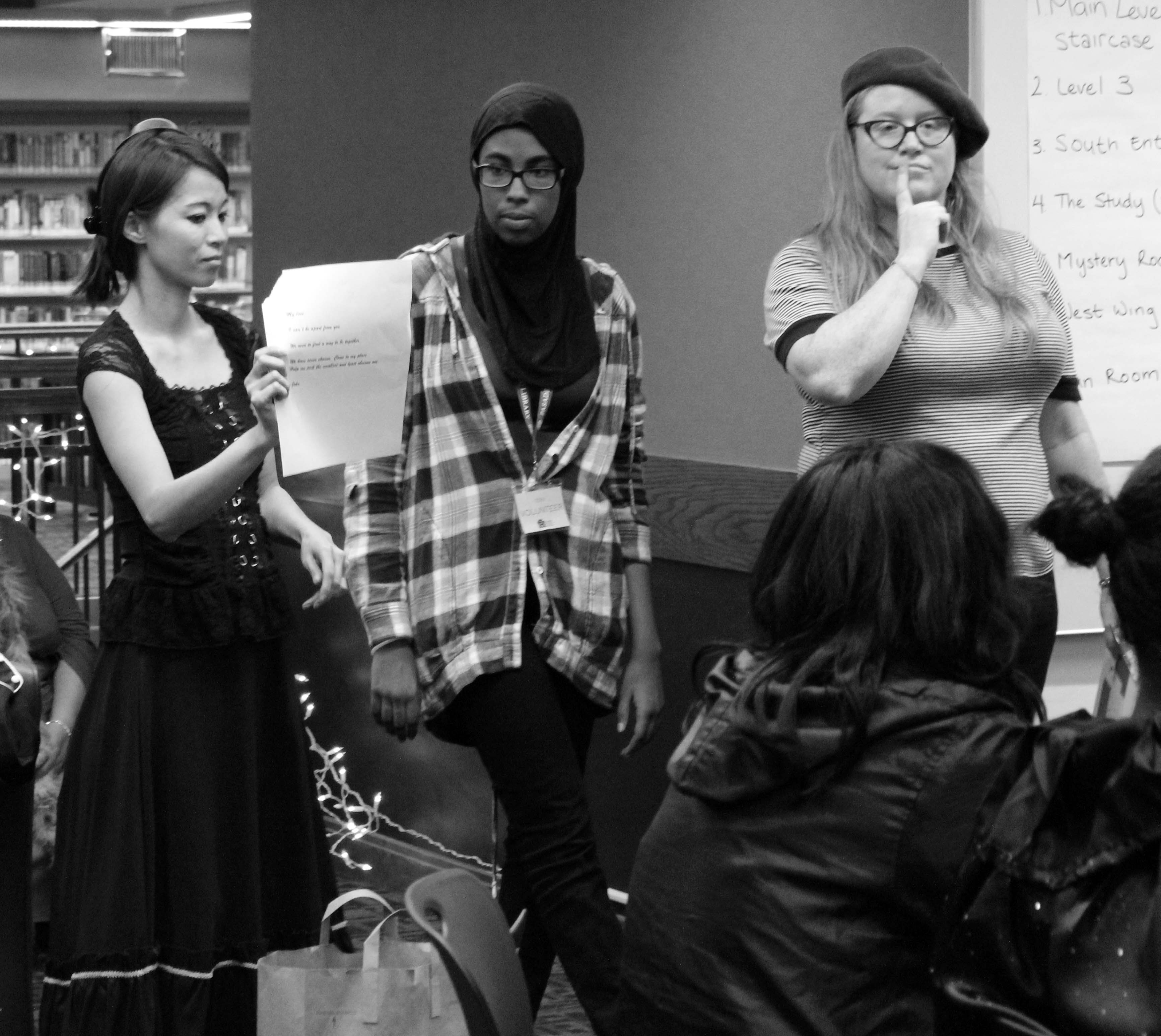 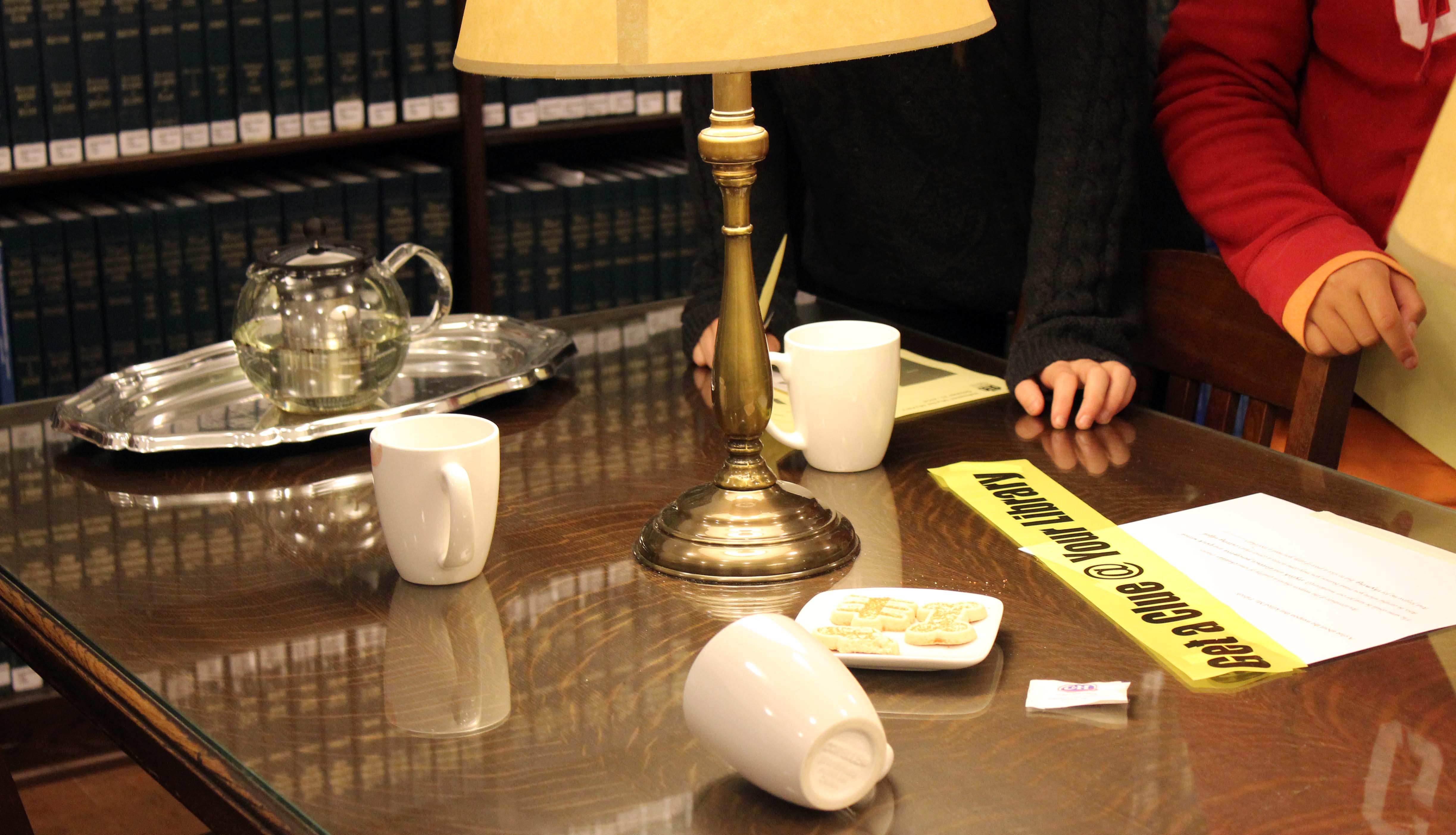 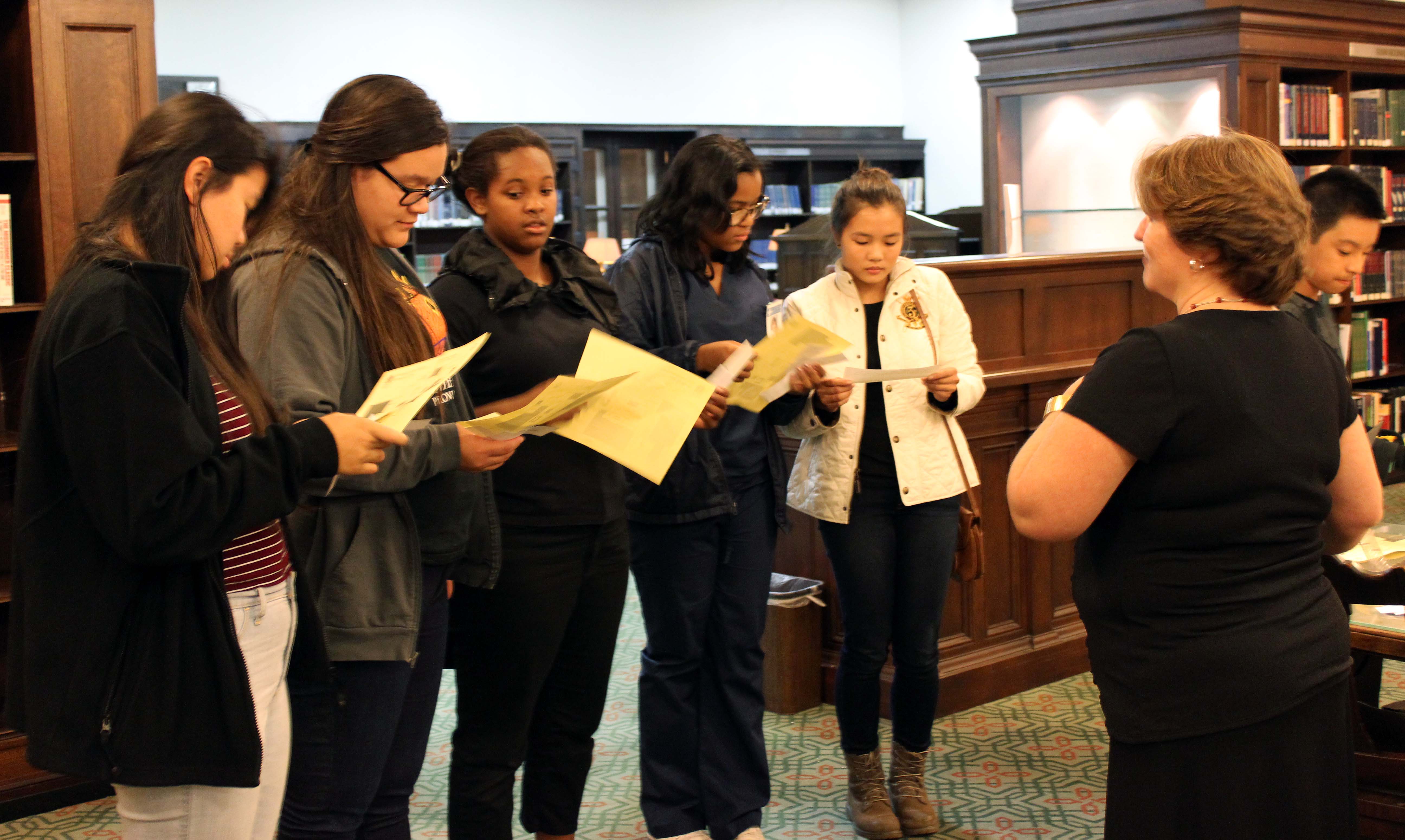 Very nervous. To sell the part, try to stutter, shift your weight from one foot to another, etc

Oh, hi. I suppose you’re here to know about the murder? Tragic event, really. Well hi. I’m his business partner, Jeff Pawn. I mean, I guess we were considered friends. We went out to have drinks every once in a while. He is, I mean was, a really nice guy. Always did his part of the job.  Always gave me advice with my girlfriends. It’s weird though, you know? I mean, he always told me he and his wife didn’t get along really well. Something about her being distant? I don’t know. I honestly think that police officer did it. He really hated Liam, I don’t know why though. Well anyways, I think this here can help you figure something out.

Give the idea that she really misses him.

I didn’t really know where he worked or what he worked AS. He was never one to talk about his work. All I know, is that at the end of the day, he got a big paycheck. He bought lots of gifts for me. See, he got me this necklace for our anniversary. I wear it almost everyday. It’s the thing that reminds me of him the most. Why are you all questioning me anyway?  It’s that friend of his you should be careful of. Anyway, here.  This might help you.

She is a very cheerful and confident person. Smiling and seeming nonchalant is the way to go

Hey! I’m Justine Peters, Liam’s friend. We were super close, we’ve known each other since elementary. Shame that he’s dead, isn’t it? Miss him alot honestly.  He was a fun man. I never really liked his wife though.  She always accused him of cheating on her with me. She’s a sneaky one. Speaking of that, I found this note at their house a few weeks ago. Maybe it could give you a hint. 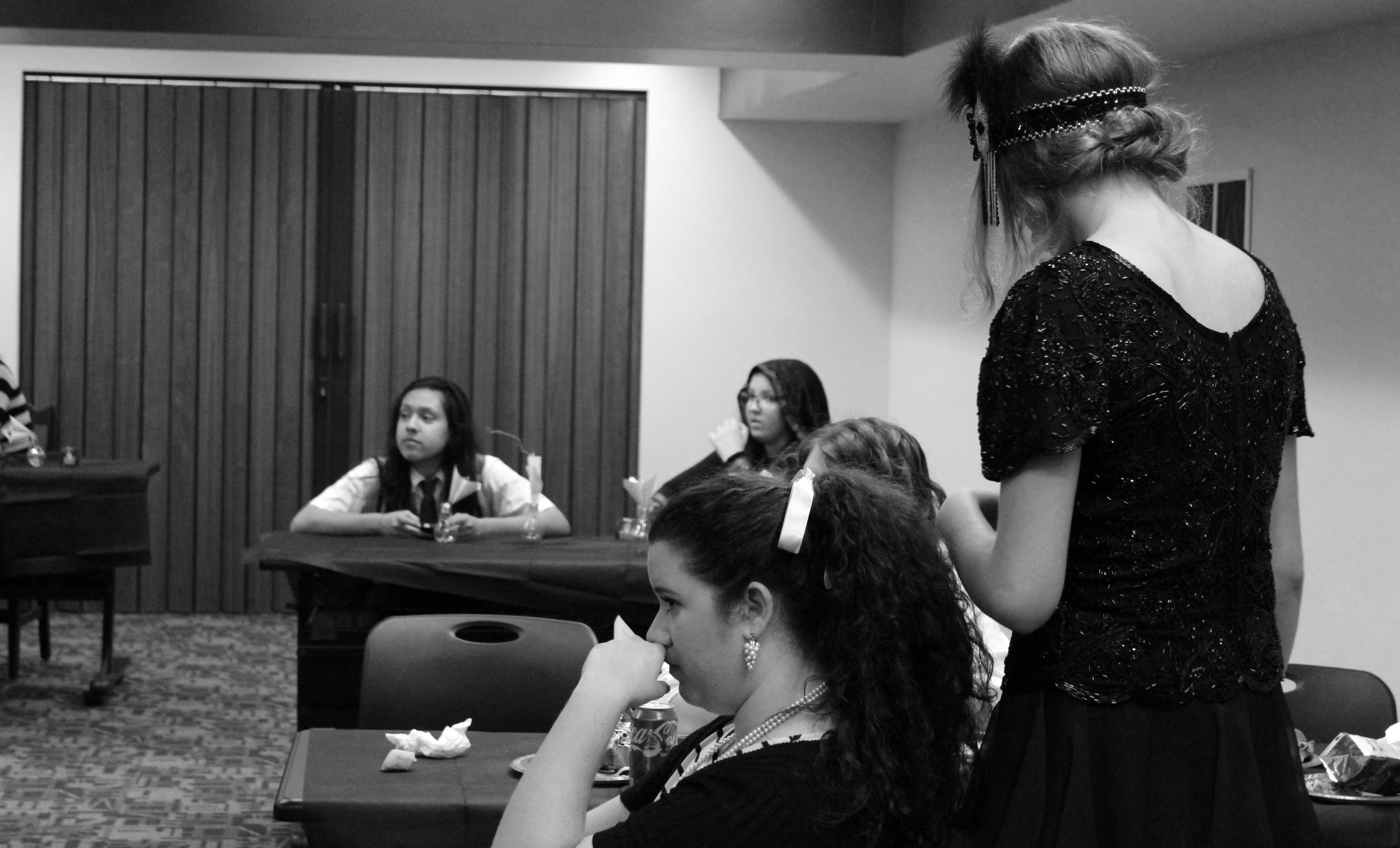 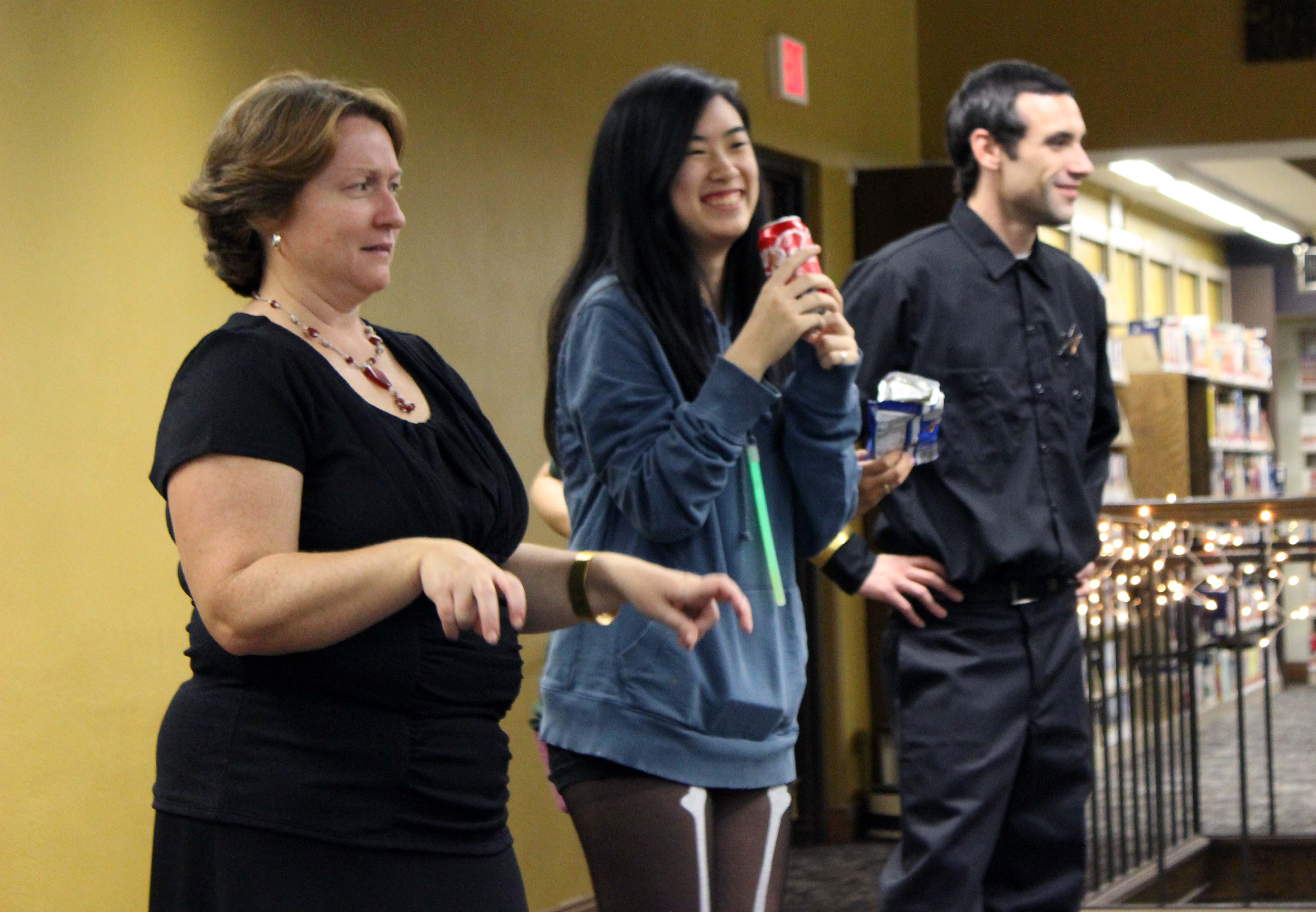 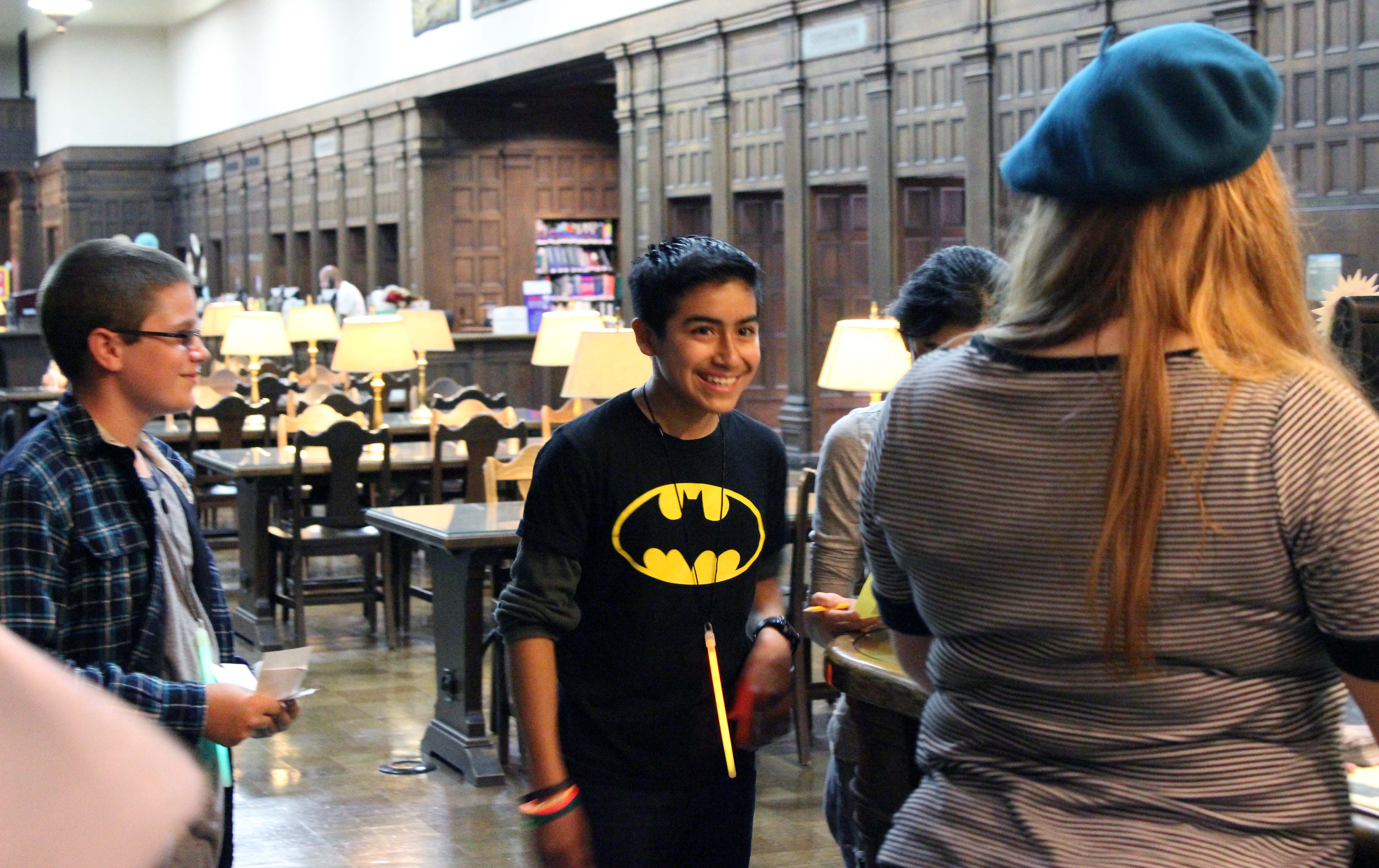 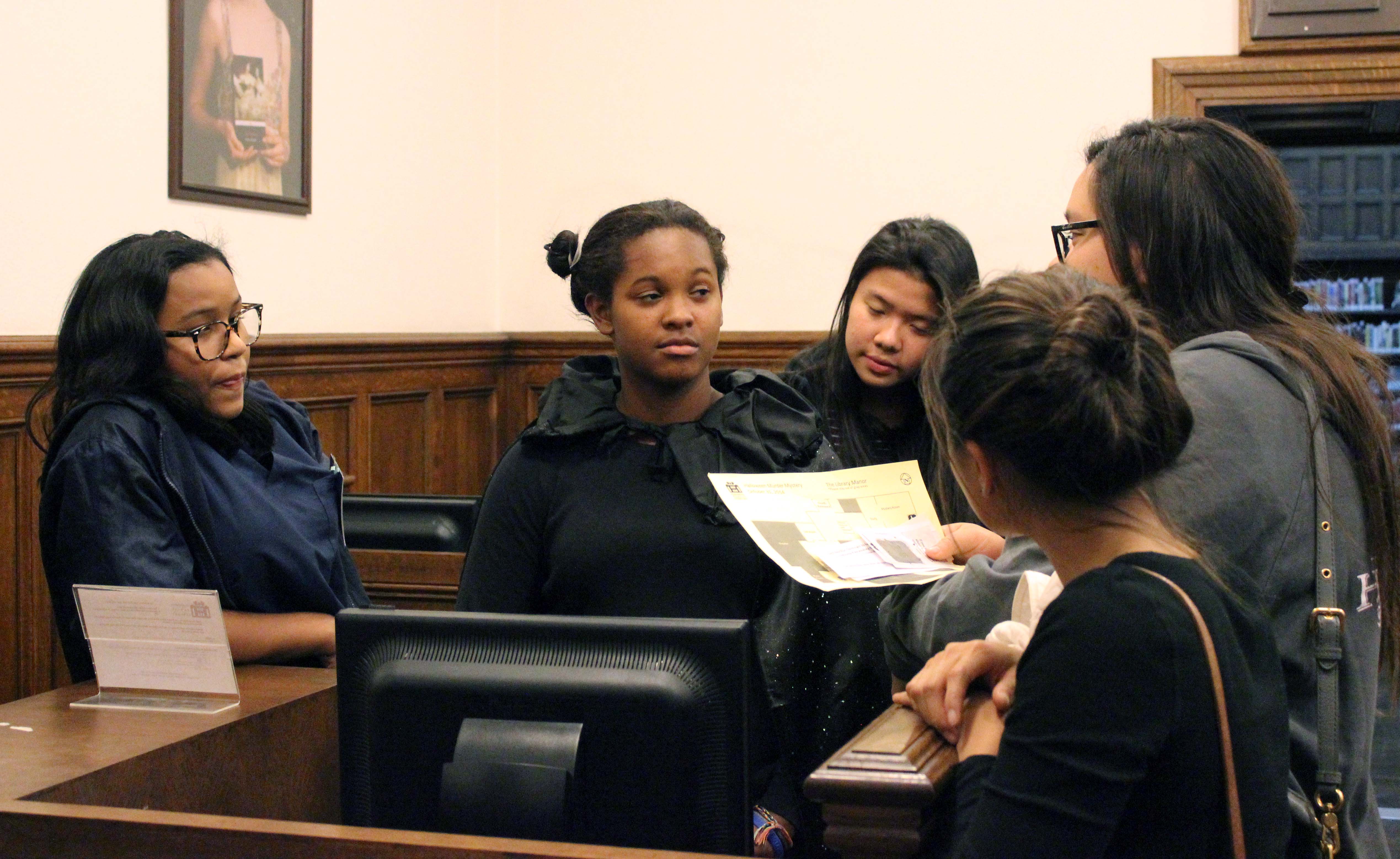 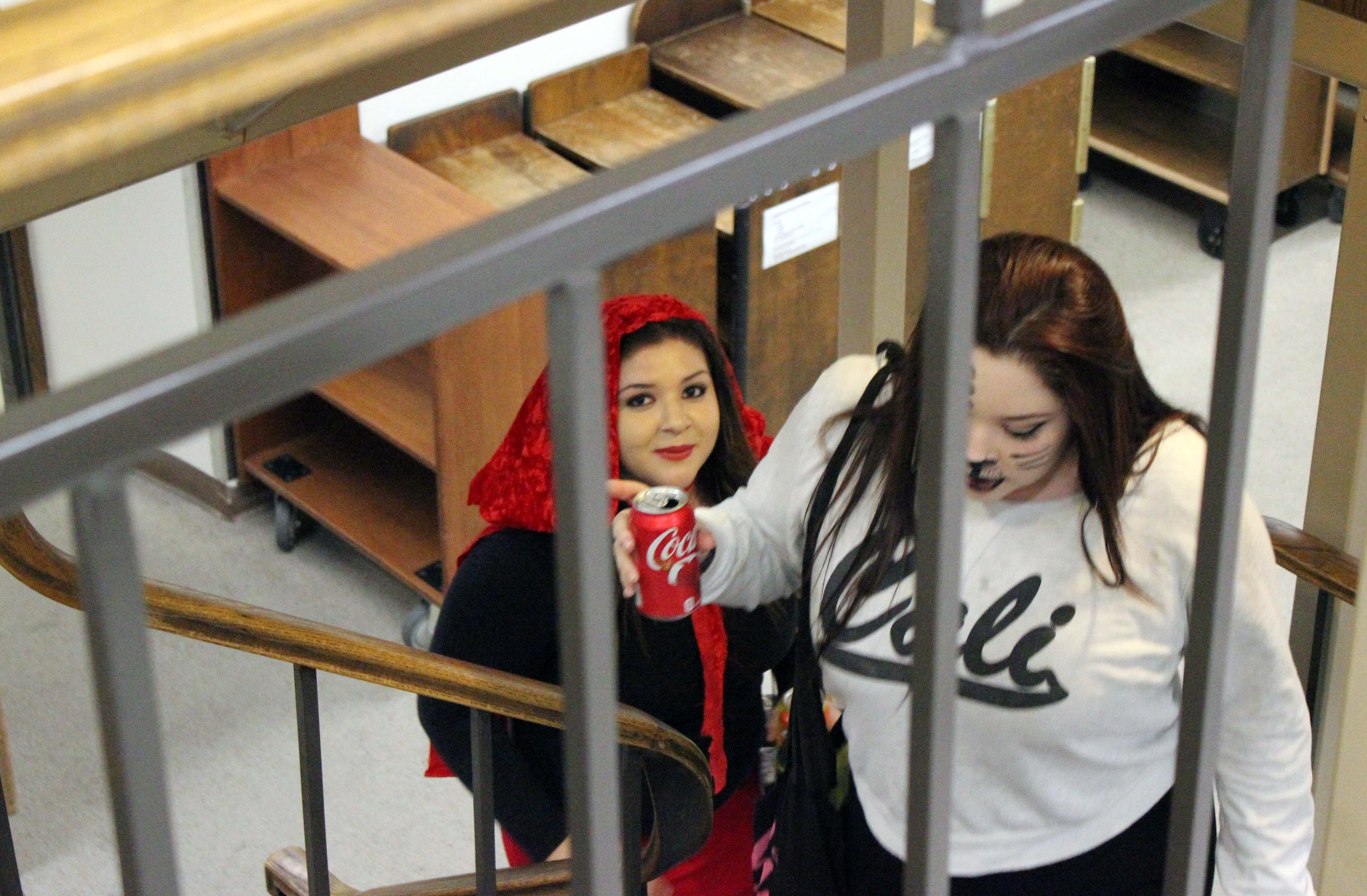 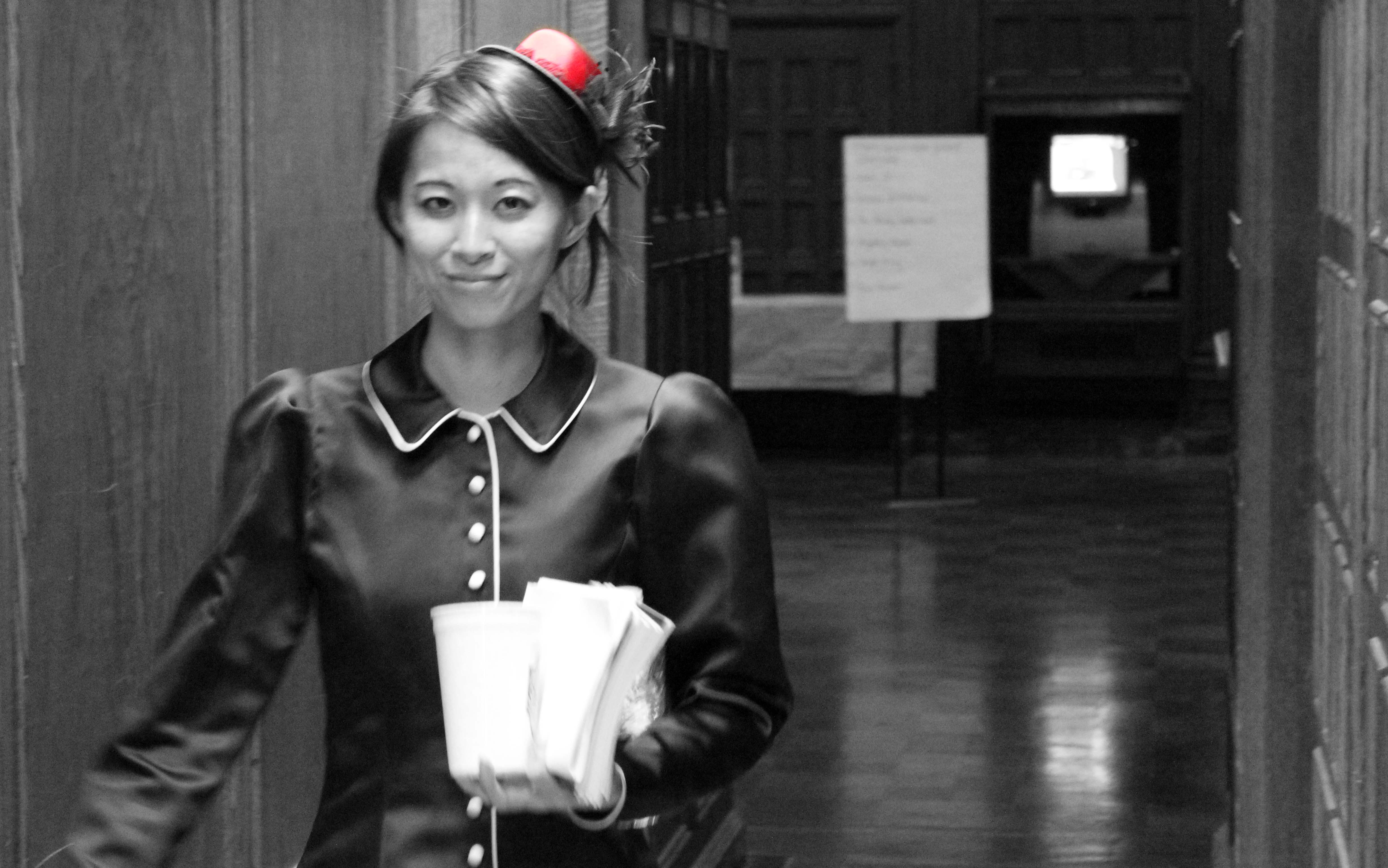 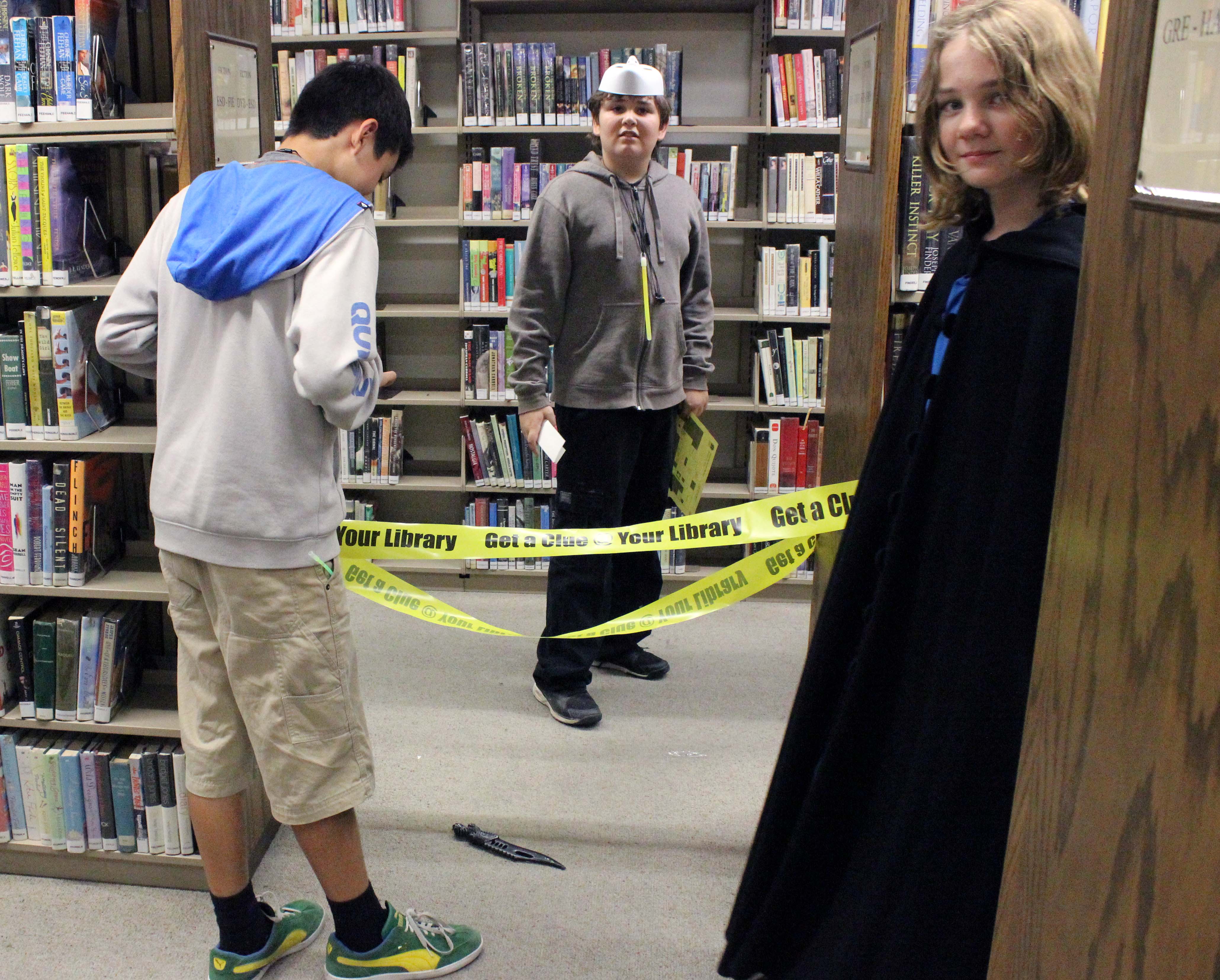 Clues were in the form of scratchers, mirror clues, pictures, letters left behind, props at the scene of the crime, and rhymes.

To narrow down the weapon used, a list of weapon locations was also provided.  There were seven possible weapons, and these were scattered across all four floors of the library. 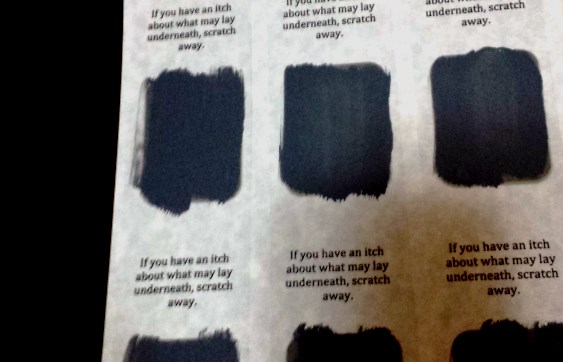 An attribute of the weapon shares a quality of some cheddar cheeses.

The same could be said for our murderer(s):  stylish and distinct, perceptive and quick-witted.

Also, be careful where you tread because you may come across a corner that’s cutting edged. 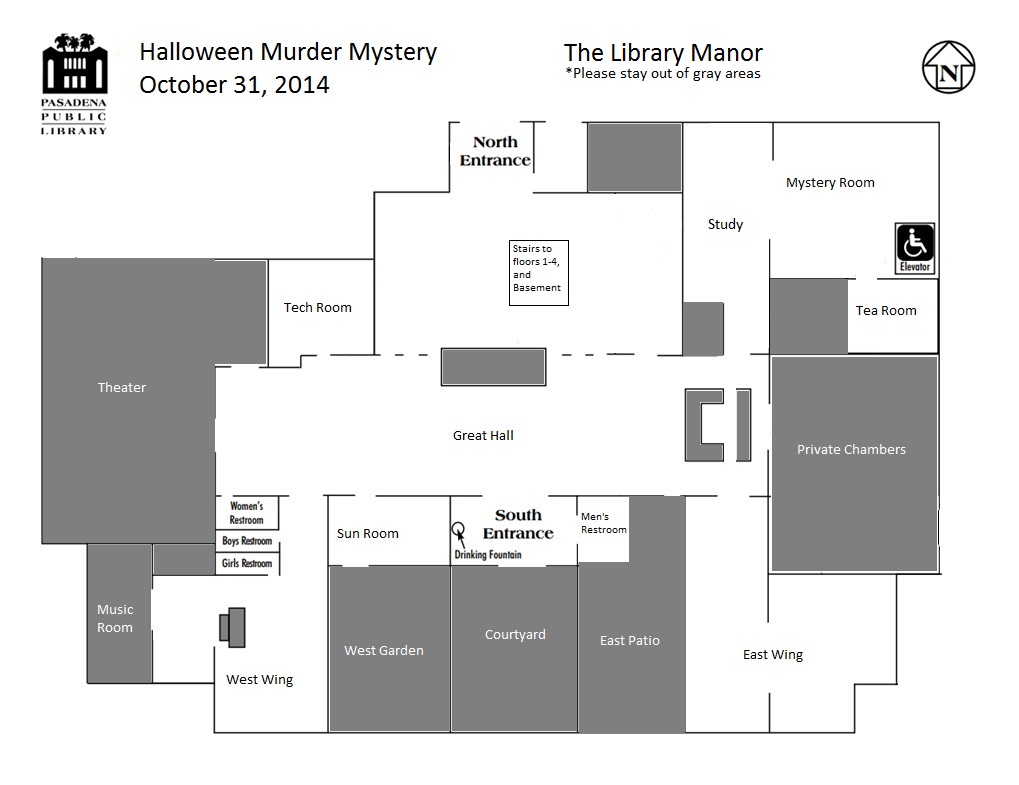 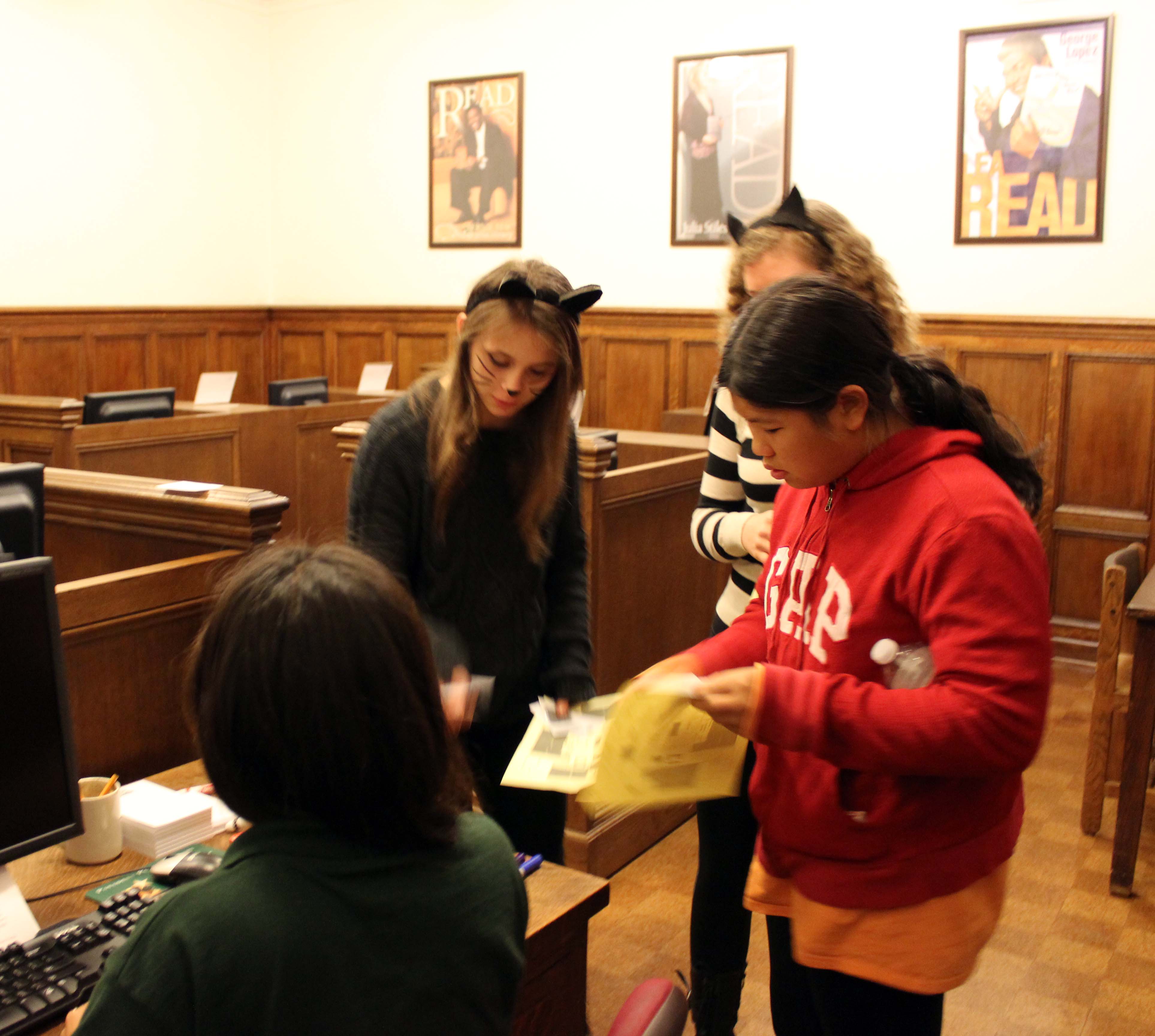 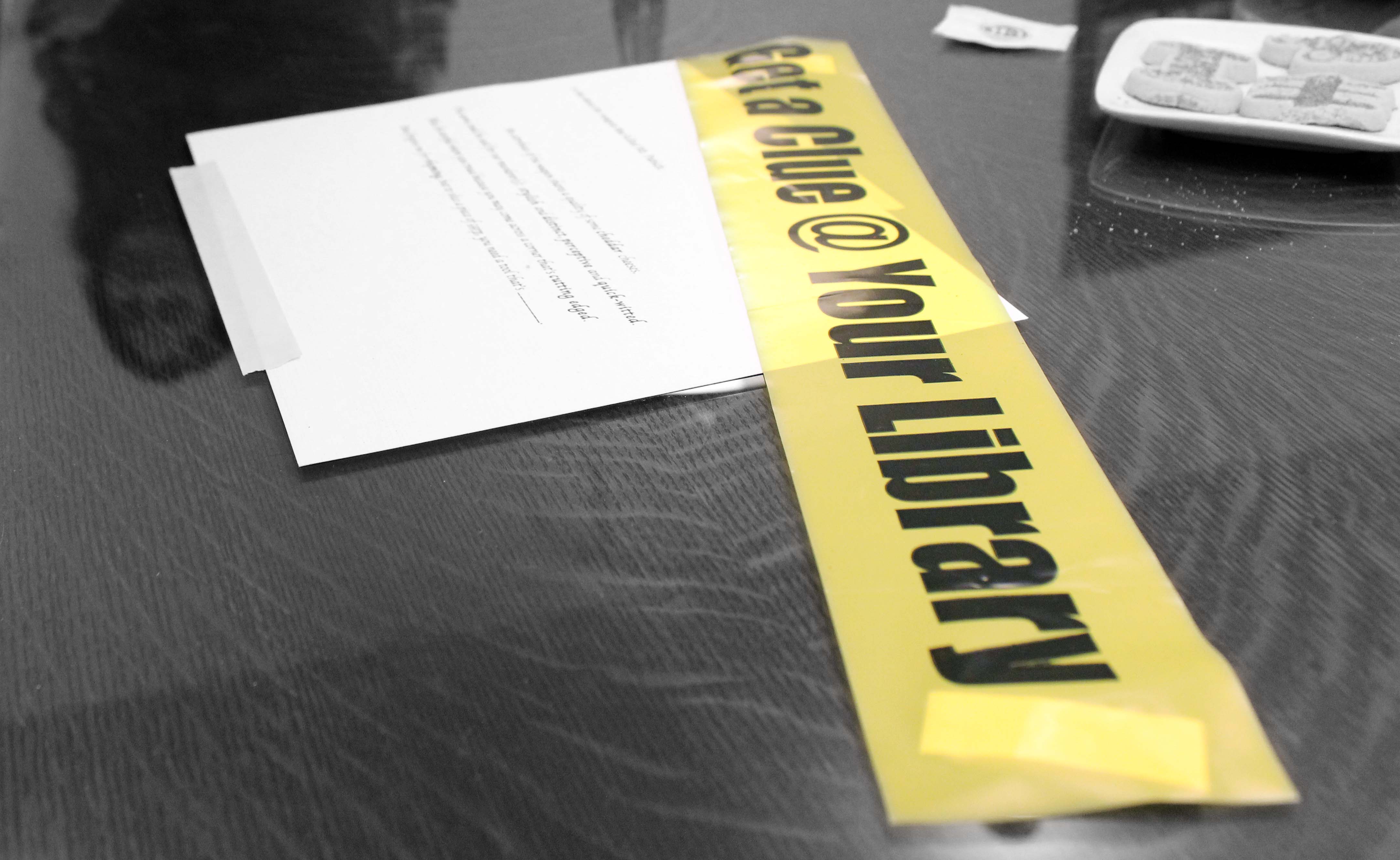 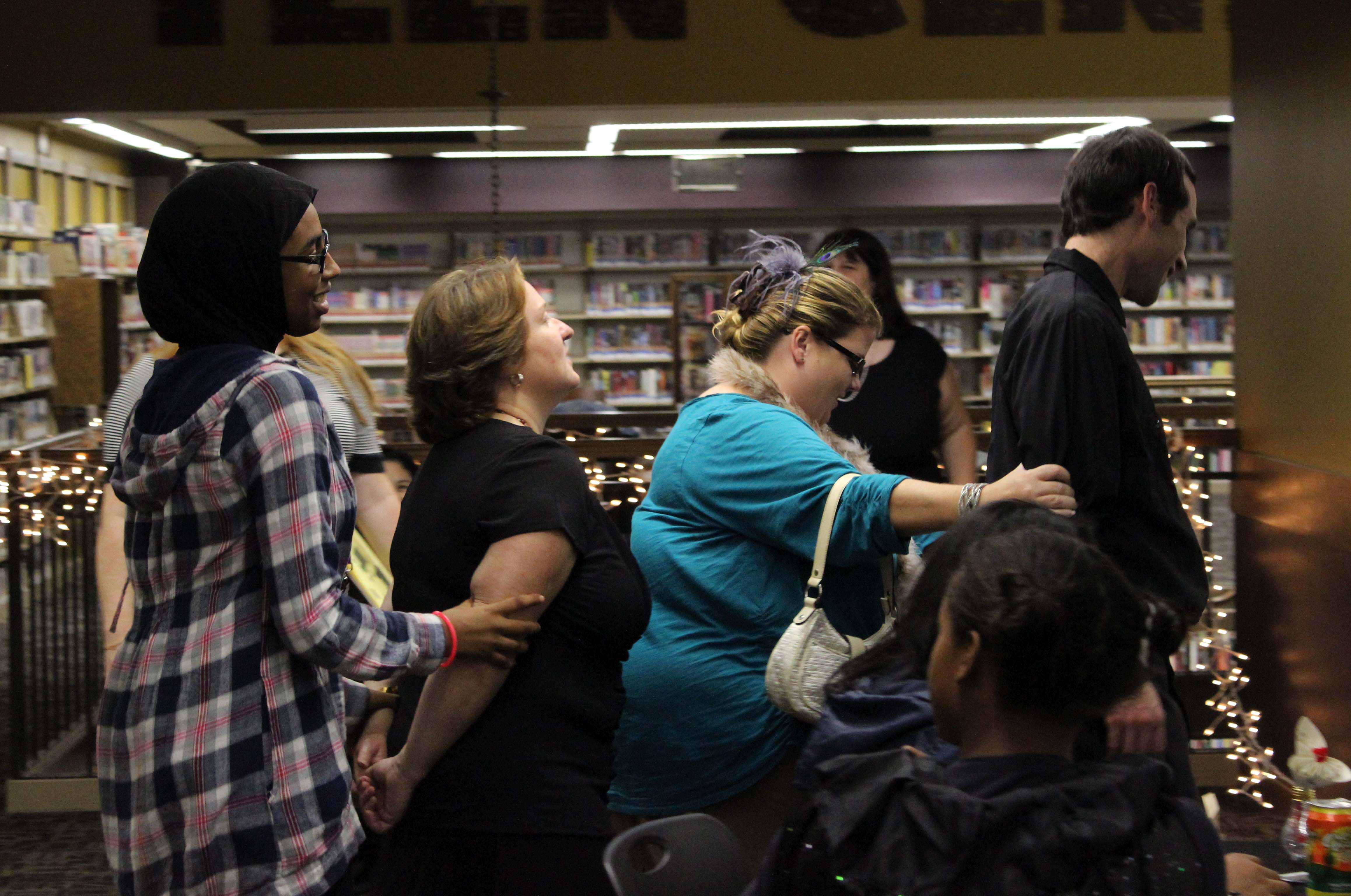 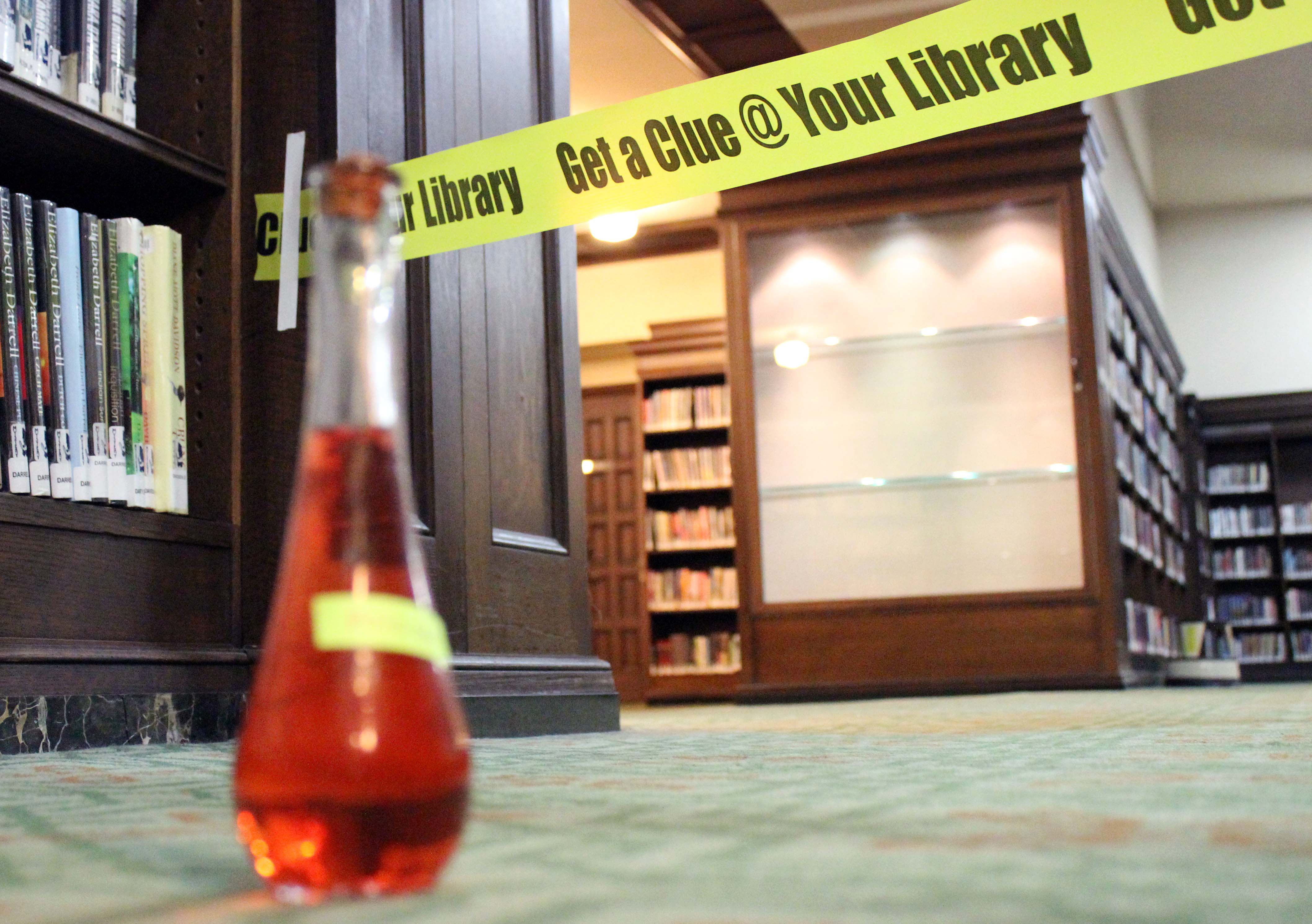