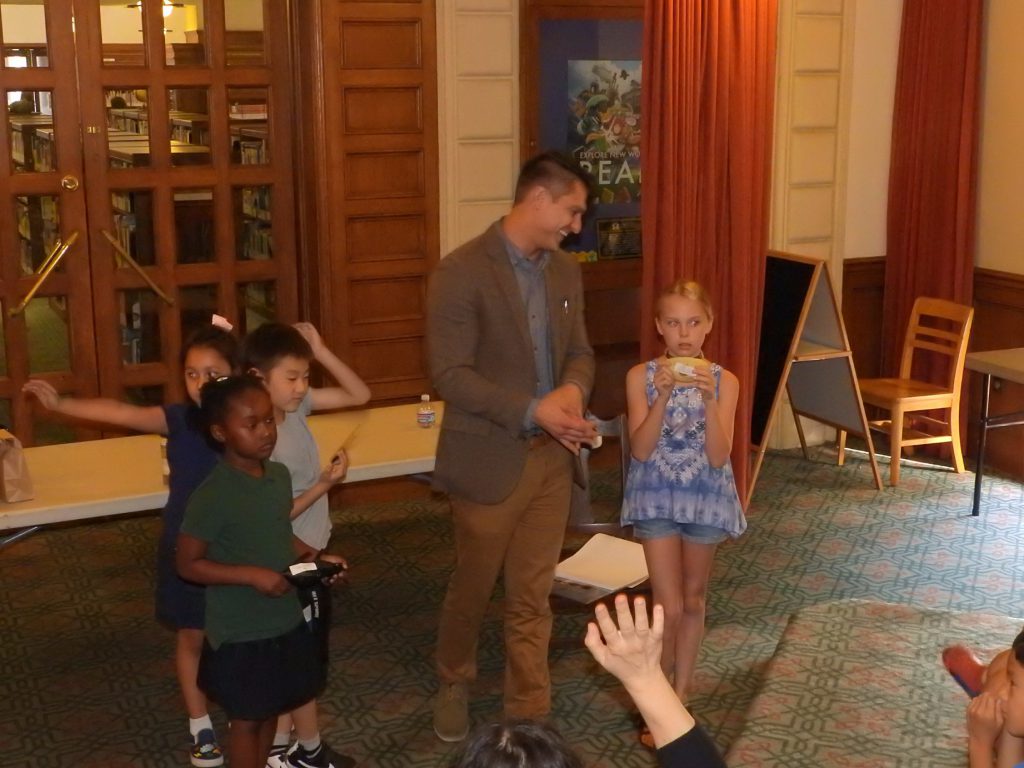 On Monday Oct. 2nd we had a visit from Pasadena’s very own dedicated epidemiologist, Matthew Feaster of the Pasadena Public Health Department. He showed us what he does on a typical day, how he responds to reports of illnesses and severe symptoms, and uses math and a lot of interdisciplinary science to determine the cause of the disease. The information he gathers and the reports he creates help our Public Health Department to keep the public informed on how to stay safe, as well as helping them to know where to focus their resources for the prevention of the spread of those diseases.

If any of that went over your head or sounded boring, then I’m doing a bad job of conveying it–because this presentation was NOT boring! Everyone had such a blast and came away having learned a lot in the process. Matthew brought a book he created showing what he does and describing a hypothetical outbreak, and he asked the kids what questions they would ask the patient to determine the cause of the illness. He also introduced the kids to various “vectors” of disease–animals and foods that should be handled with care. For this he brought props and had volunteers help him introduce how each object or animal–like a hamburger, a rat or a bat–could carry disease. Kids learned a lot about the complexities involved in epidemiology too: they learned, for example, that sometimes food kept at a bad temperature will allow the growth of bacteria, but sometimes the food worker just isn’t washing her hands well enough. He discussed with kids the important role that bats play in our ecosystem, eating many mosquitoes that could spread diseases, but that bats can also spread diseases like rabies when they bite humans. There are so many things that can go wrong and cause disease, but thanks to epidemiologists like Matthew, we know a lot about ways we can keep ourselves safe! 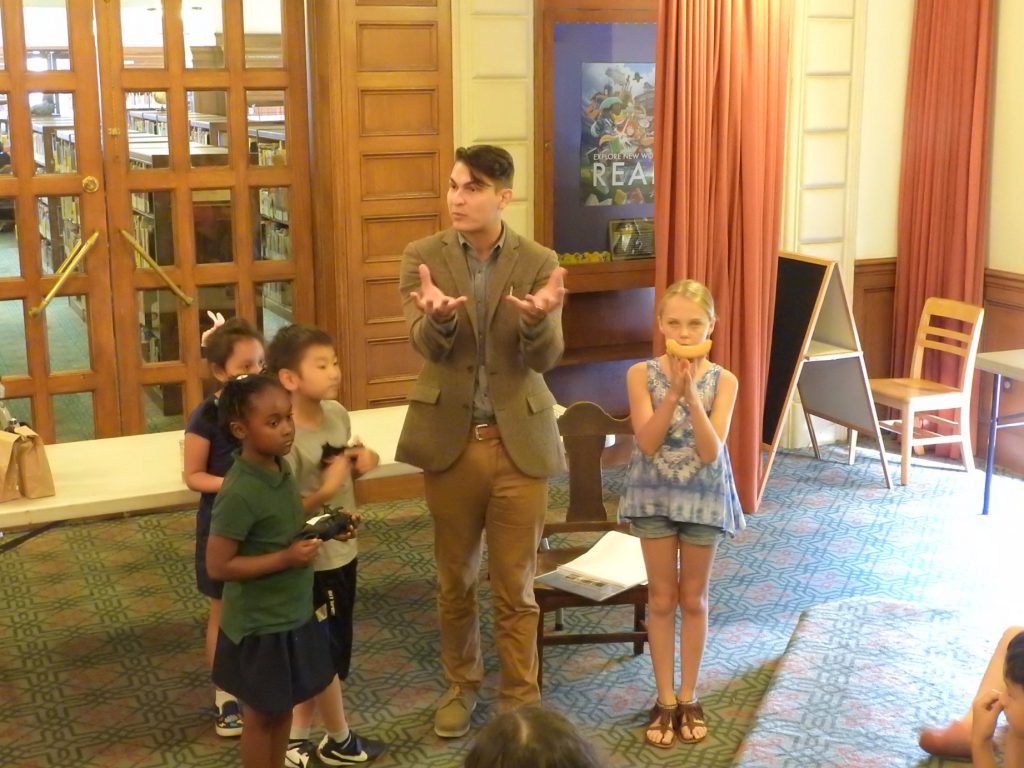 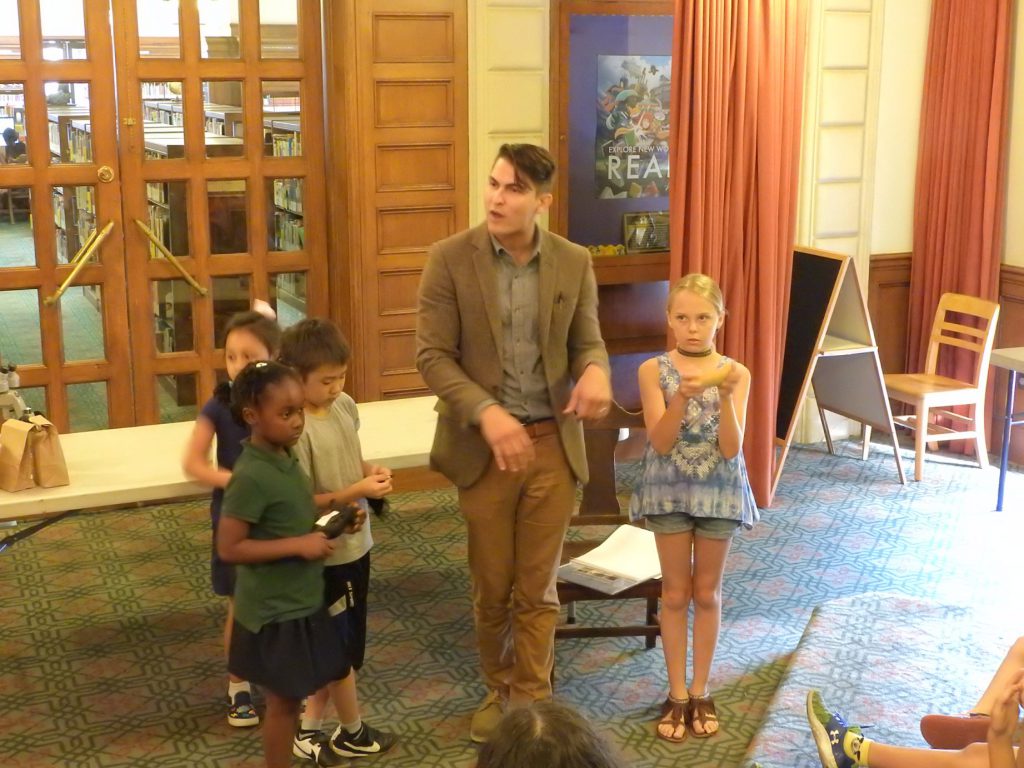 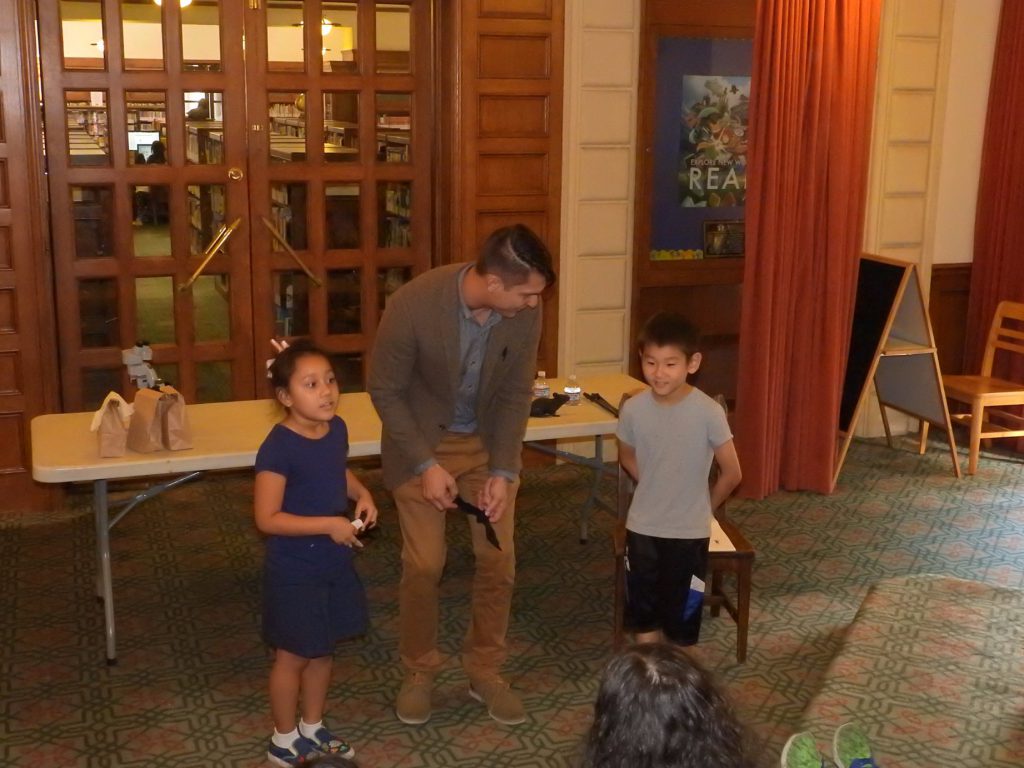 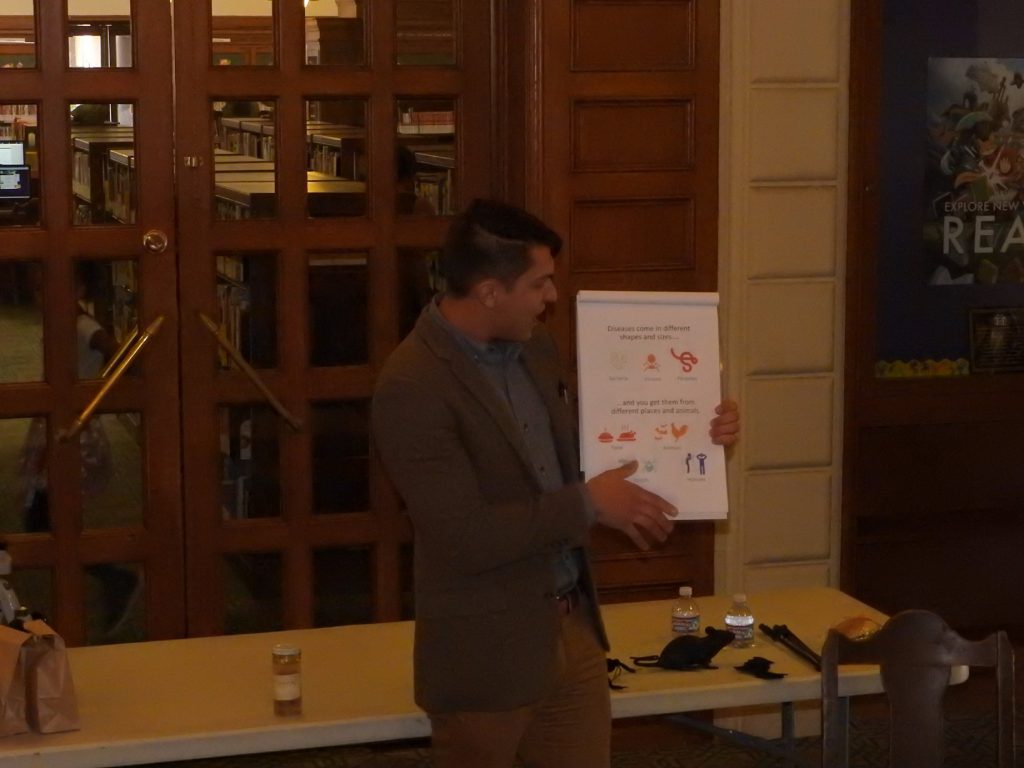 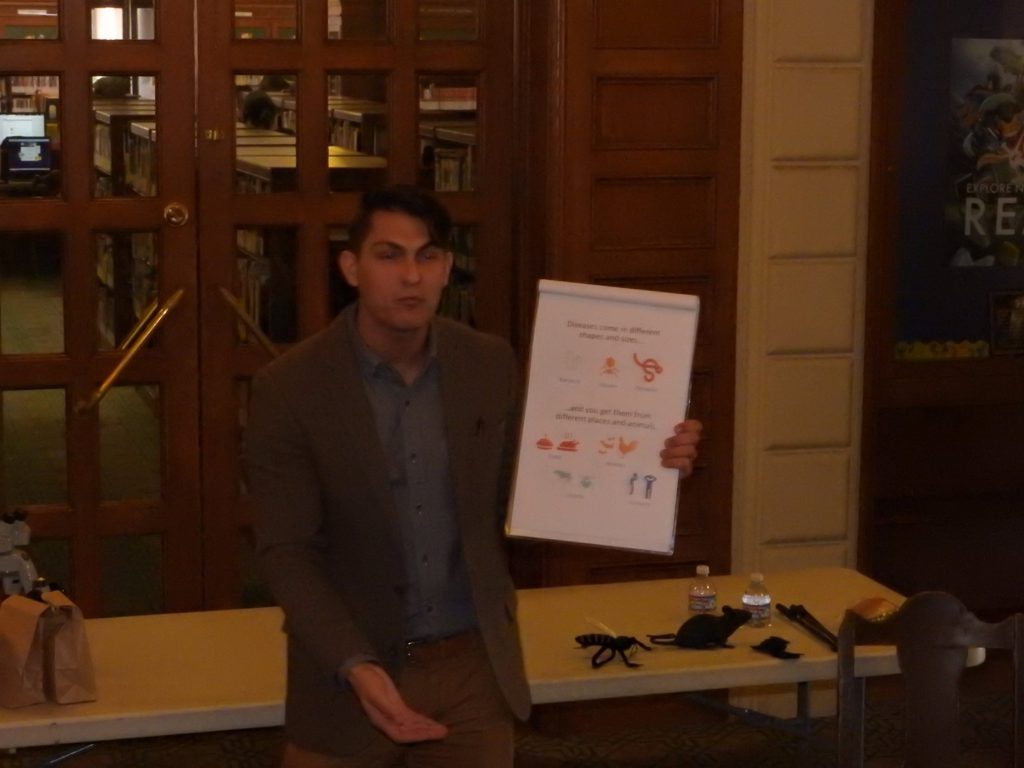 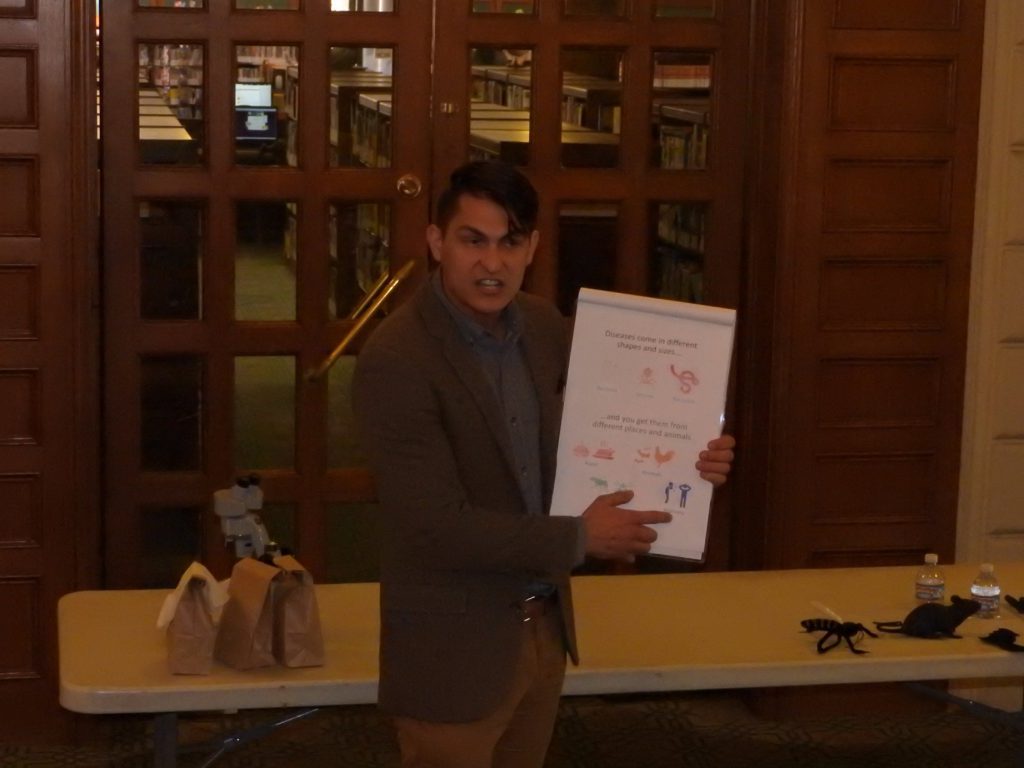 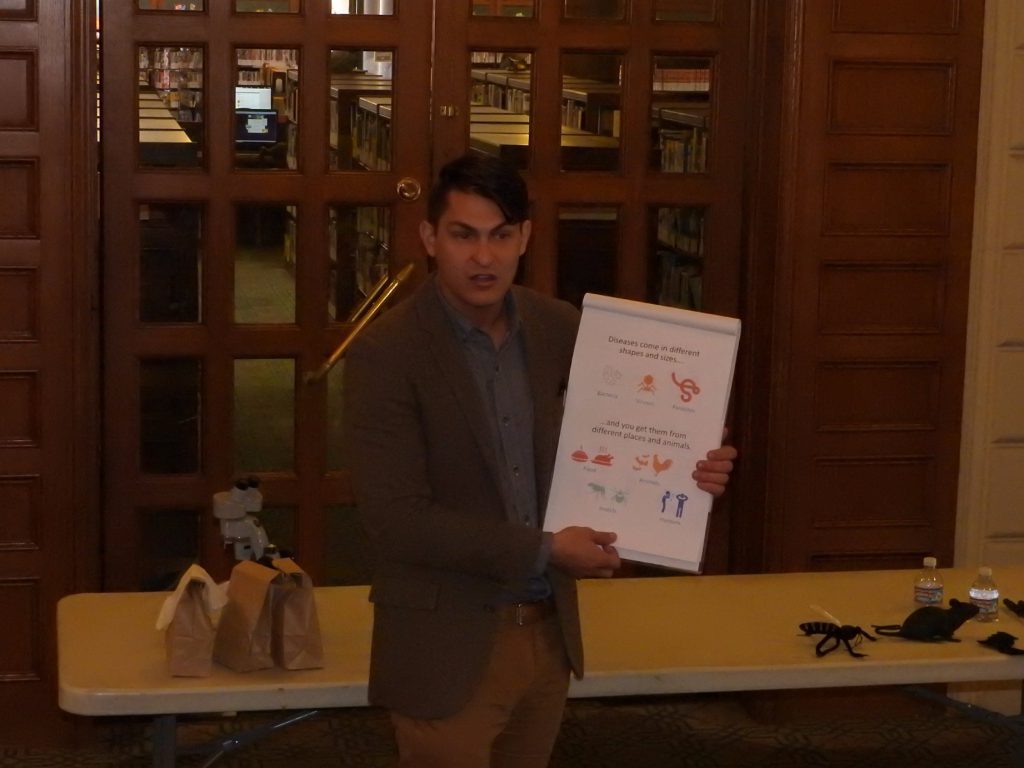 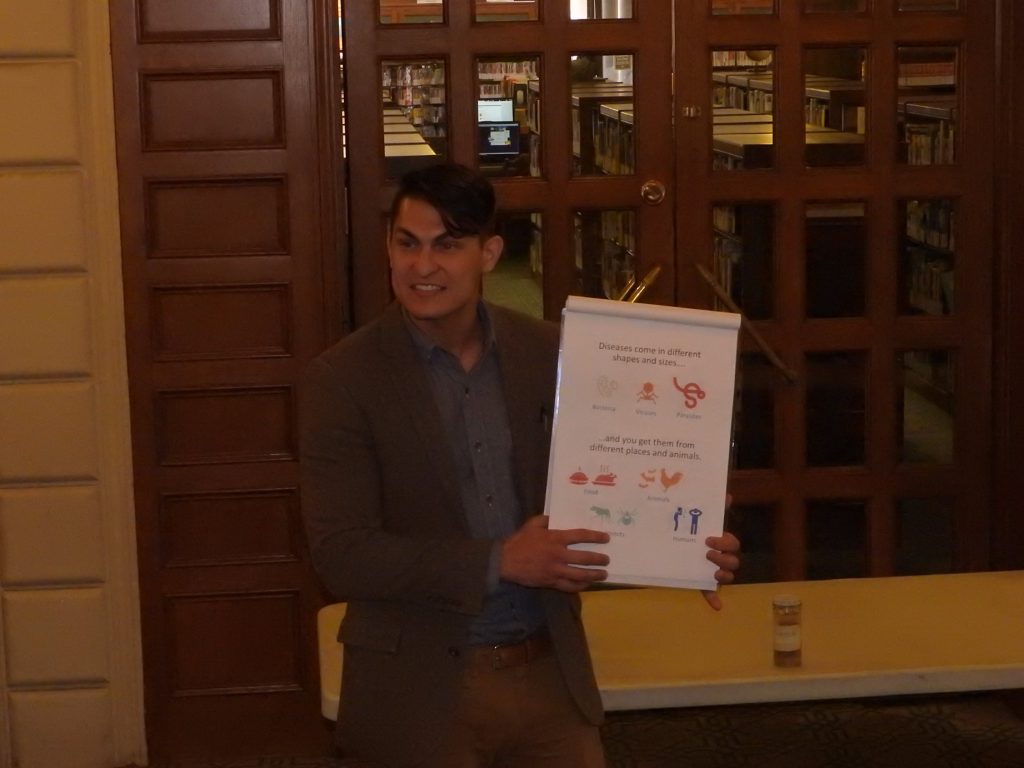 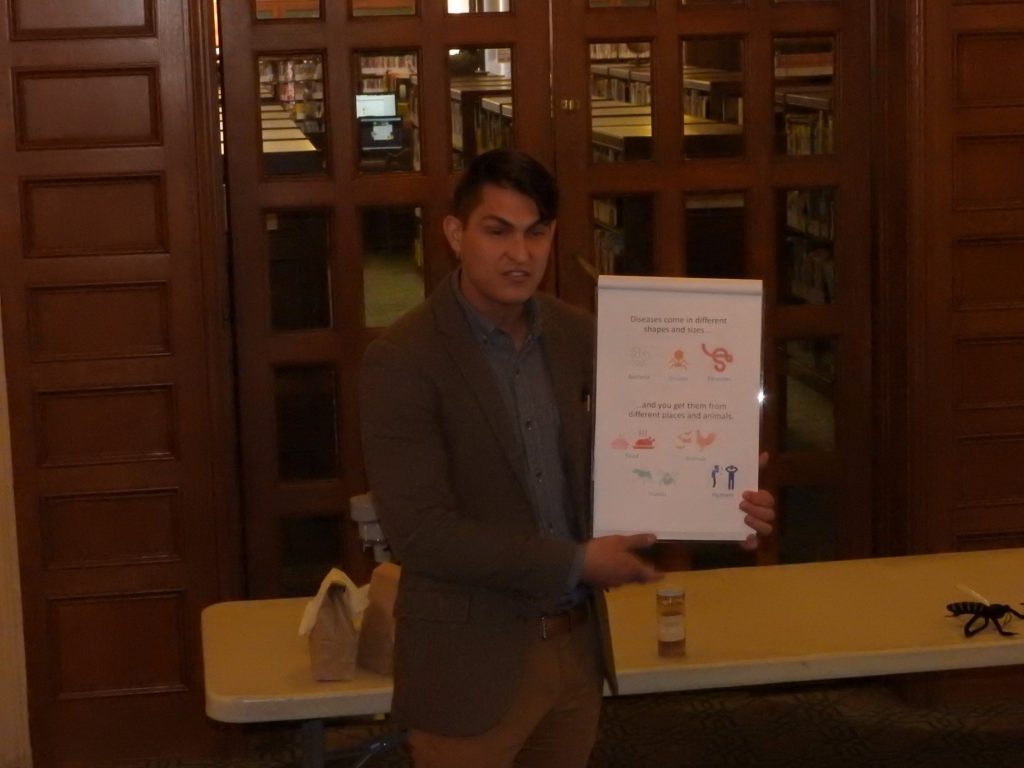 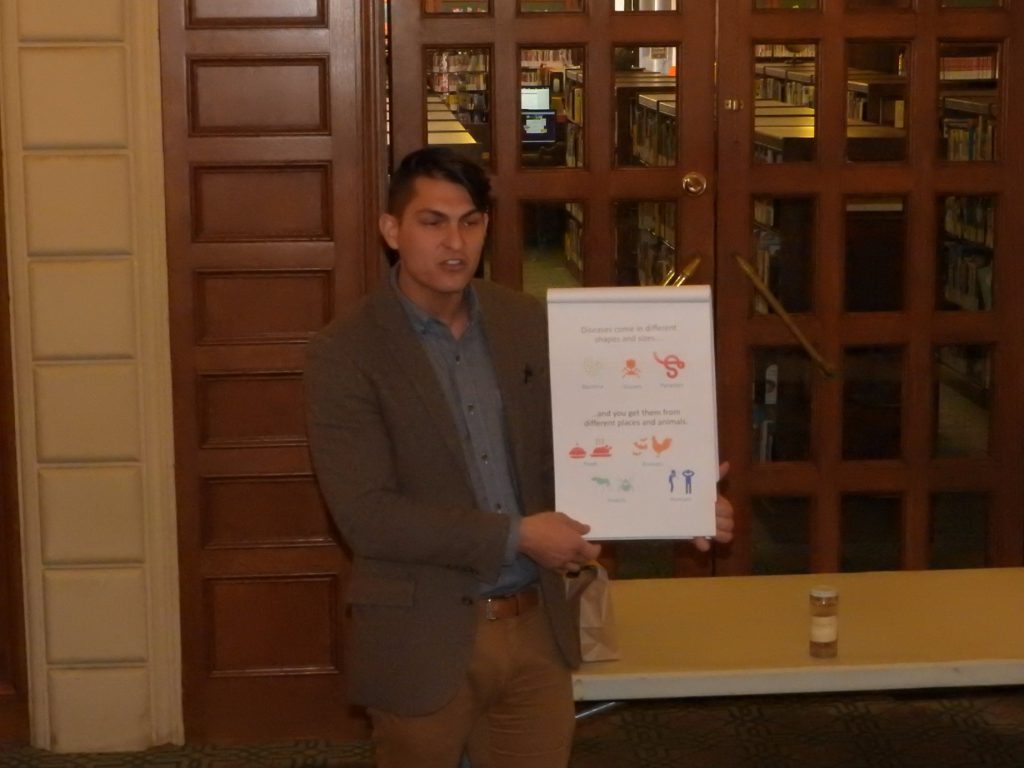 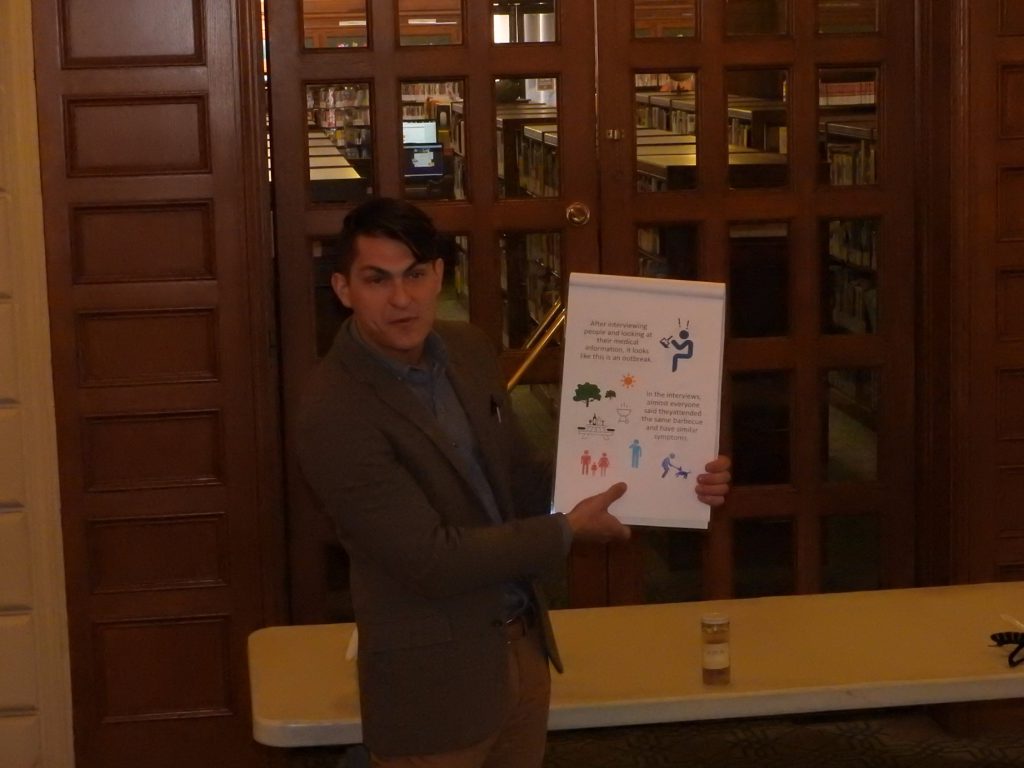 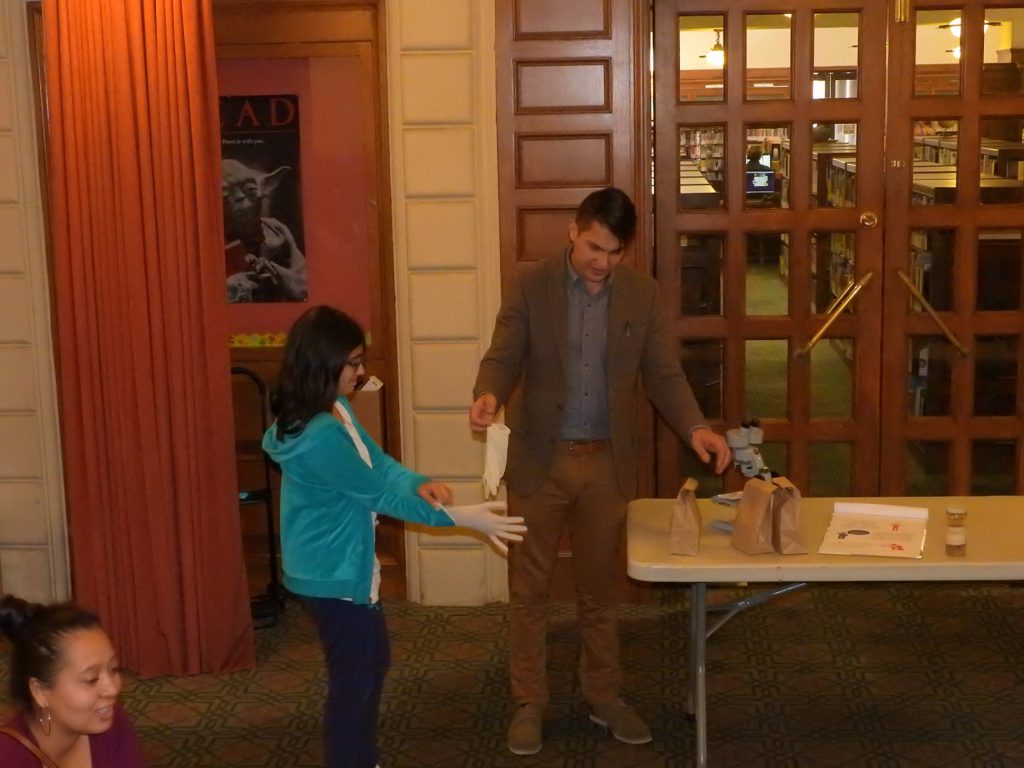 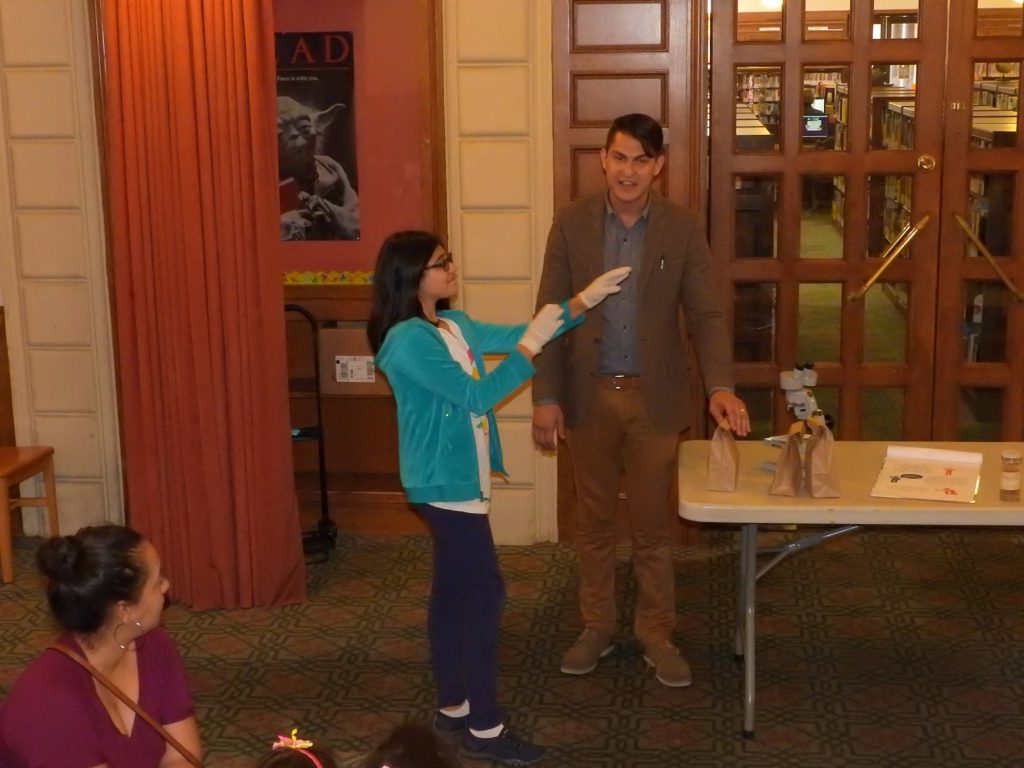 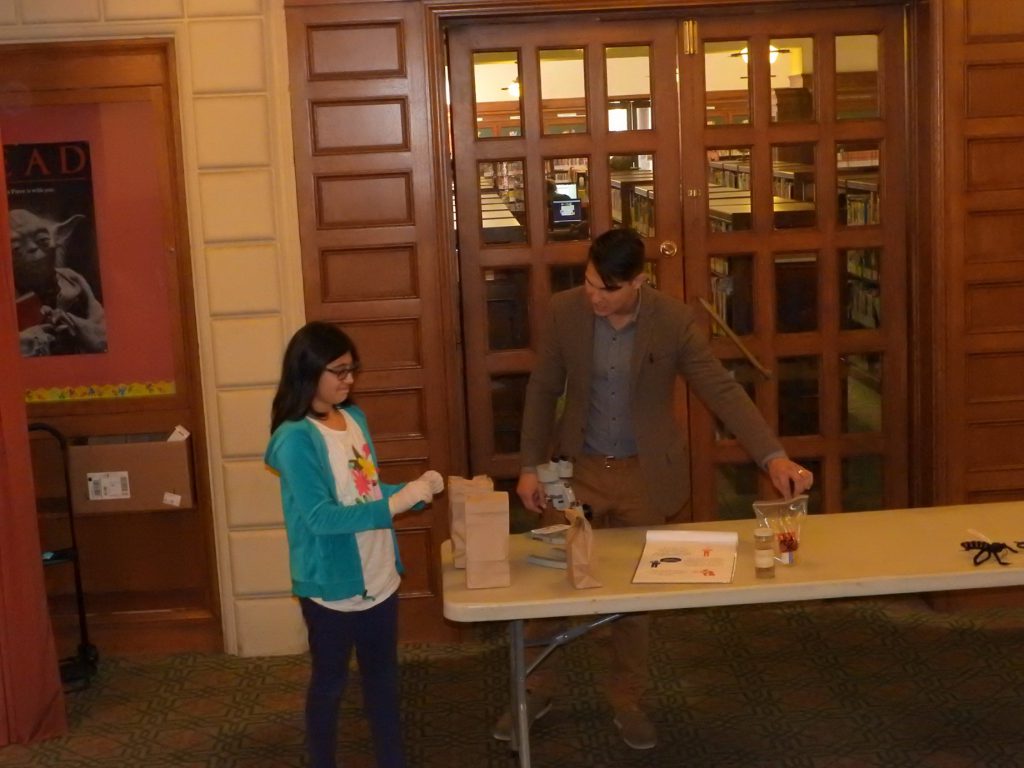 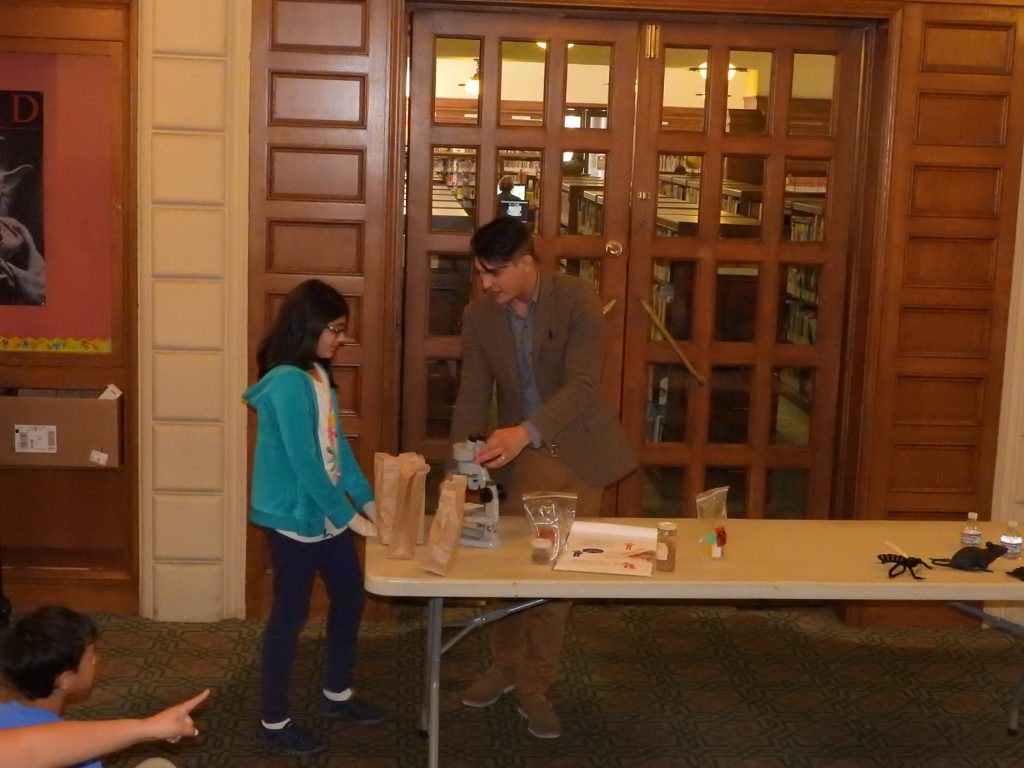 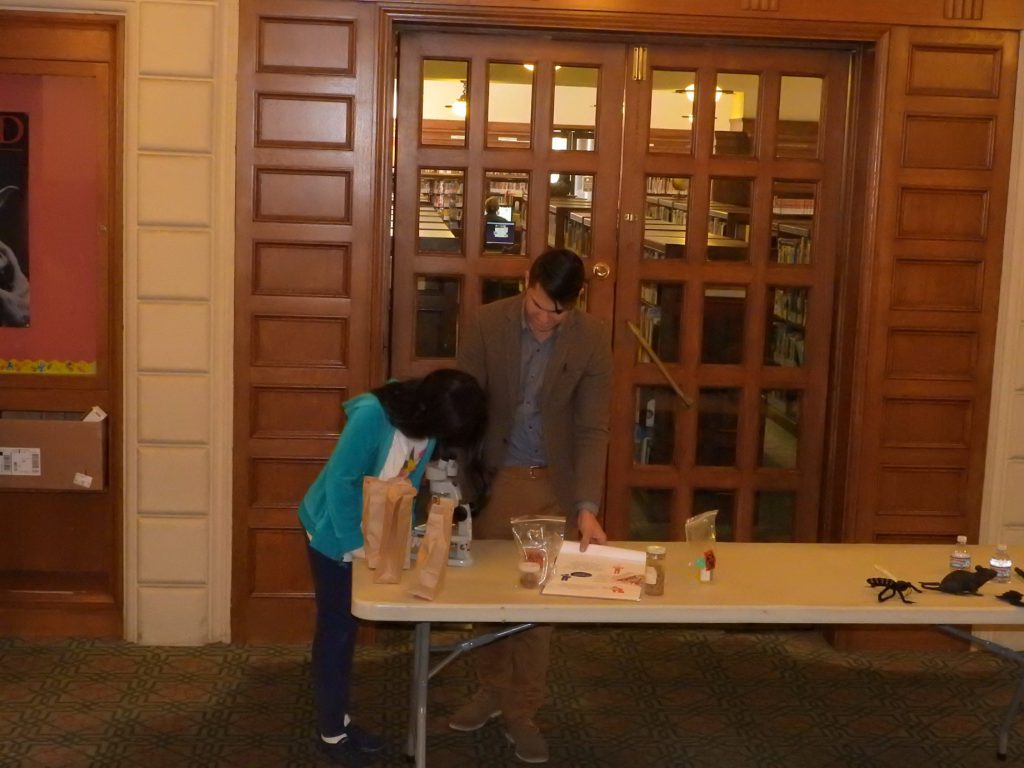 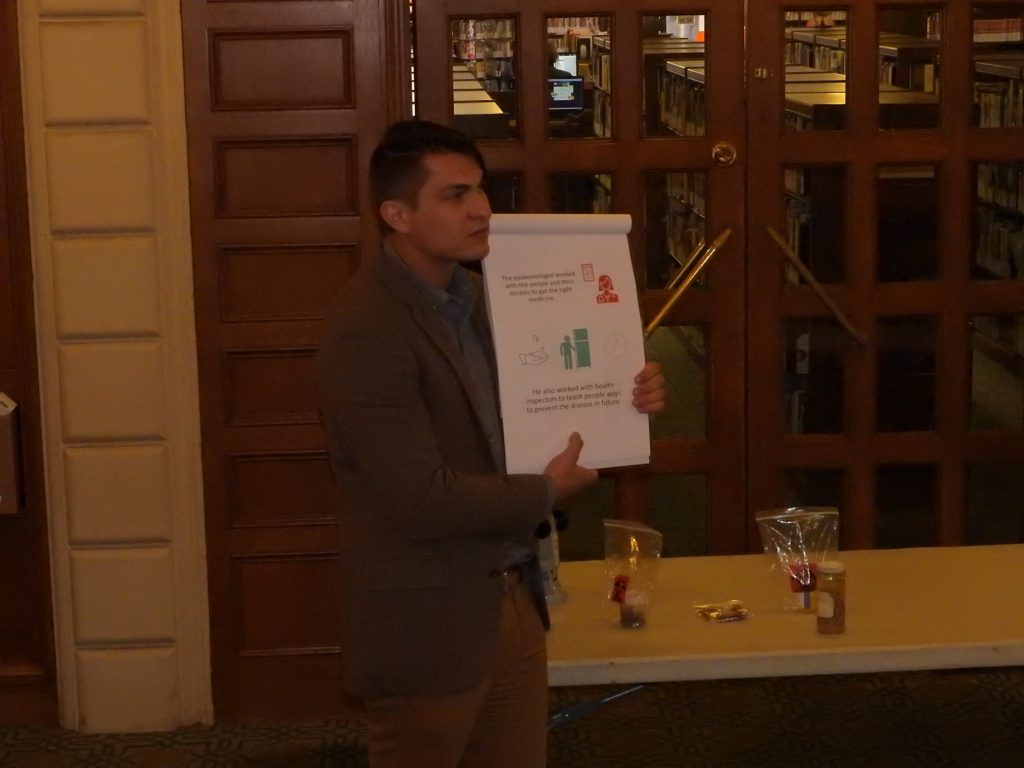 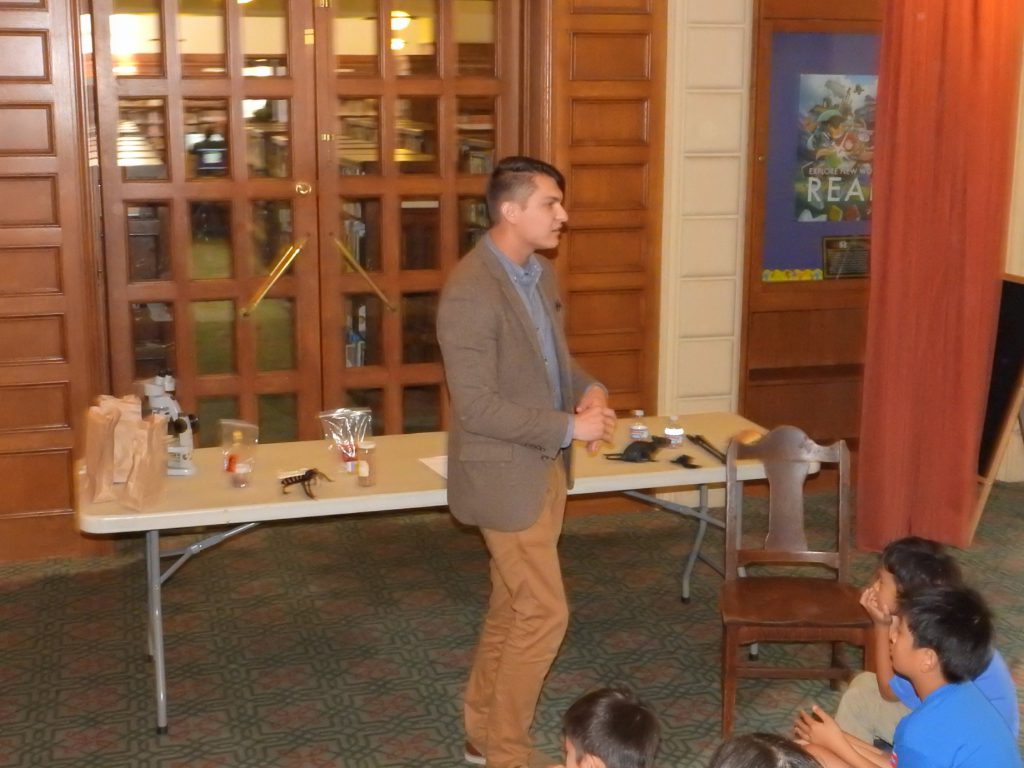 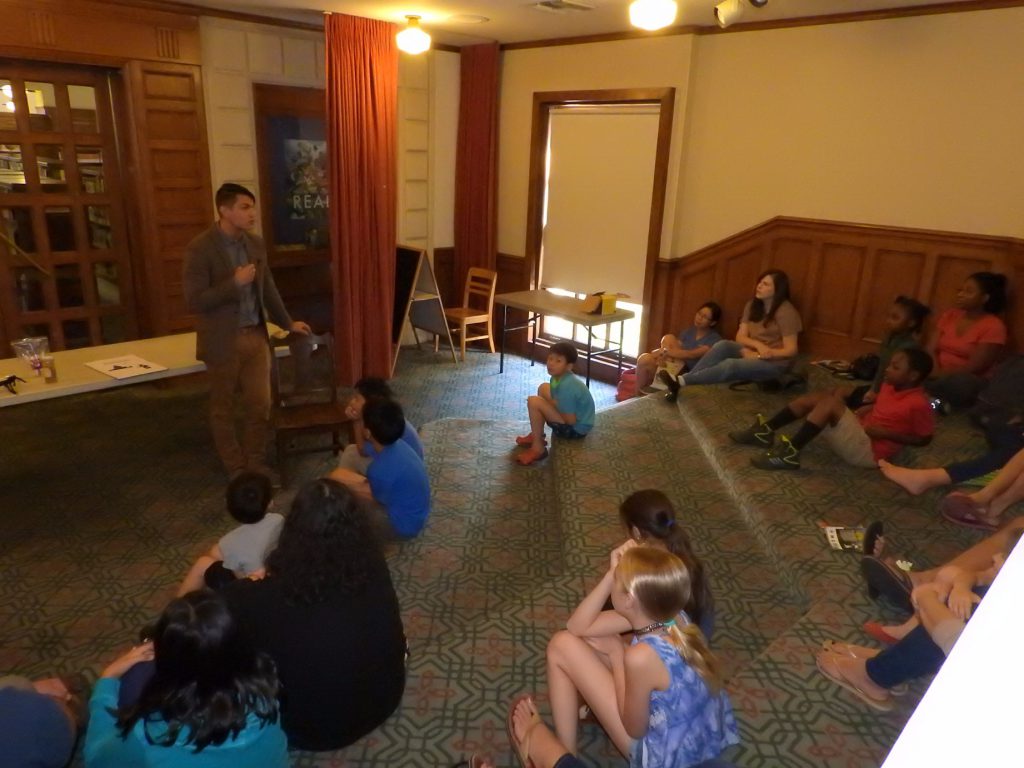 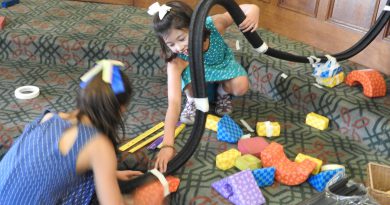