We read books about space in today’s preschool storytime. First we did a song to learn everyone’s names:

We started with Sheep Blast Off by Nancy Shaw and illustrated by Margot Apple. It’s a funny book about sheep who wander into a UFO and take it for a spin!

Then we learned a bit about our solar system: 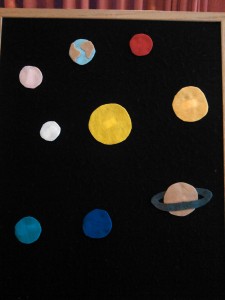 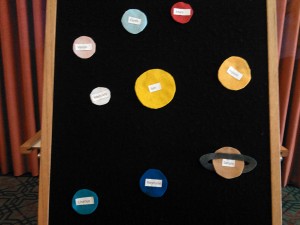 We sang a song:

We read Light Up the Night by Jean Reidy and illustrated by Margaret Chodos-Irvine. This is a cumulative story, similar to “The House that Jack Built.” It’s about a young astronomer exploring his own “piece of the universe.”

Then, using one of the library’s iPads, we turned the storyroom into a preschool planetarium! We have an app called SkyView which allows you to see the locations and images of stars, planets, galaxies, satellites and other celestial objects surrounding the Earth by simply pointing the iPad in any direction.

Why I decided to do this was so that the kids could see something that’s probably very hard for them to see, and something they won’t get another chance to witness for at least ten years! Currently, and for only a very limited time, all five visible planets are in the same part of our sky, and can be seen with the naked eye just before dawn. But since very few of us are actually up that early, especially preschoolers who need their sleep, I found another way to show them just how close the planets are to each other right now.

The kids each got to take the iPad, one by one, as I guided them from Jupiter to Mars to Saturn to Venus and Mercury. They saw how the planets all line up in the southeast part of the sky.

We read a book about preparing for a rocket launch, called On the Launch Pad: A Counting Book About Rockets.

We sang some more songs about being an astronaut:

(add verses about the helmet, gloves and spacesuit)

We finished with a funny movie about an alien who successfully passes for a trick-for-treater on Halloween. It’s based on the book Space Case by Edward and James Marshall.

Want some more great preschool books about space? Check these out! 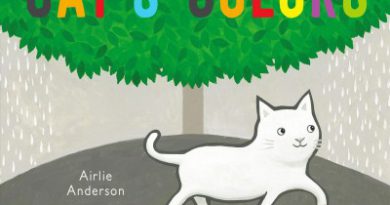 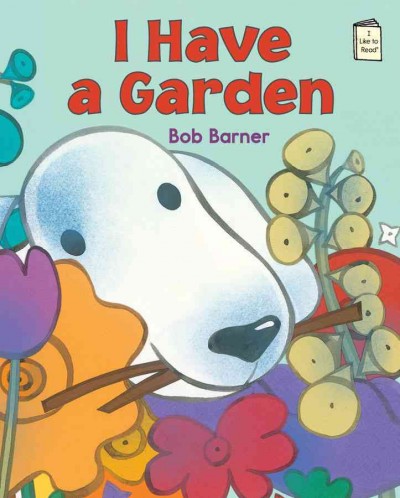