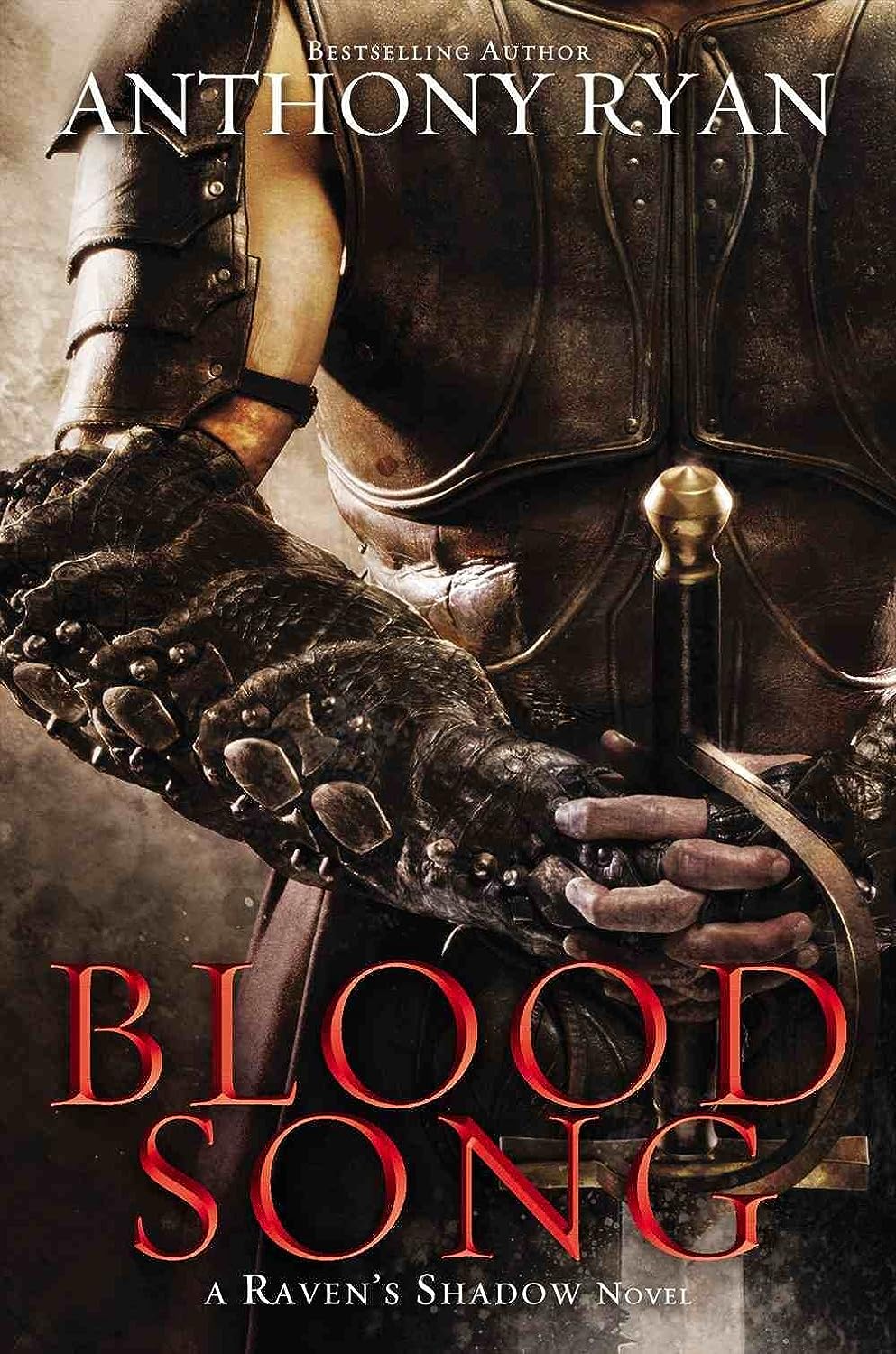 Vaelin Al Sorna is only ten years old when his father leaves him with the Sixth Order, a brotherhood of warriors sworn to protect the Realm and the Faith. Taught to wield all manner of weapons and survive the harshest of conditions, Vaelin excels at fighting and becomes a leader among his close band of brothers. However, it becomes clear as he grows older that someone does not wish Vaelin well and he struggles to find the truth about the father who abandoned him, the brotherhood that he belongs to, and his own fighting talents while fending off attempts on his life. Vaelin’s skills both bring him to the notice of the King, who would use him for his own ends, and take him far from his home and his sense of what is right as he strives to get answers about the Realm he is sworn to defend and the Faith he has always believed in.

Though Blood Song is long, it moves extremely quickly, diving right into the action with few breaks in the story along the way. For a high fantasy epic, the book is surprisingly focused on the character of Vaelin and we learn about the surrounding world through his experiences and gradually uncover with him the scope of the greater story and the mysteries it holds. I appreciated this tight focus as it gave me time to connect with Vaelin and invest in his struggles. Vaelin is a great protagonist to follow on his hero’s journey as we see him grow from an angry, abandoned boy into the most feared and respected leader in the Realm.  As the center of the story, Vaelin is a wonderful fantasy hero, extremely talented and skilled, but still discovering who he is and what his destiny will hold.

The world that Ryan builds around him is just as compelling. The unified Realm that Vaelin protects is a new creation and was until recently four different kingdoms. This provides a fascinating background of political machinations among the noble and a great deal of tension and aggression between the different peoples of the Realm. On top of the political ramifications of the forcibly united kingdoms, Ryan also adds another dimension to the story in the idea of the Faith, in which Vaelin devoutly believes and lives to serve. This is ostensibly the religion of the Realm, but there are many other religious sects existing within this nation, which are labelled “Deniers.” Vaelin, a firm believer in the Faith, is confronted with the reality of the harsh treatment that many Deniers face and is conflicted in his dealings with them. Dealing with these political and religious issues extends the scope of Blood Song beyond its fast-paced plot of battle and adventure and with it all tied together by such a charismatic hero, this is one that should not be missed by fantasy fans!